Steve McQueen A Biography Part 2 of 2


The final post from "Steve McQueen A Biography" by Marc Eliot.

I previously posted one write up at-  http://www.eviliz.com/2012/11/steve-mcqueen.html.

Not being a big Steve McQueen fan I didn't read the entire book, just the chapters pertaining to the murders.  I am sure everyone knows Steve and Jay were very tight friends.  The book reflects on their friendship built on womanizing, drugs, plus a few hair cuts.  Sharon and Voytek are mentioned in a few more other places as well.  Also mentioned in the book is the "guest list" for the night of August 9th at Cielo Drive is mentioned.

I personally found nothing new or exciting in the book but wanted to share it with you all. 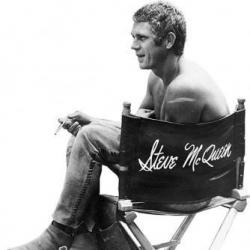 On the afternoon of Thursday August 7th, Sebring went to Steve’s house to give him a trim.  Afterwards they went for some Mexican food at El Coyote in Hollywood.  While they ate Sebring told him there was a little soiree planned for the next night at Sharon Tate’s rented house up at Cielo Drive and that Steve should come.  Tate had since married film maker Roman Polanski but kept Jay and others from her single days close at hand.  Polanski didn’t seem to mind.  He wasn’t a very jealous man and believed that he and Sharon were so in love that nobody could possible pose a threat.  Nonetheless everyone who knew Sebring and Tate believed they were still in love and still carrying on.

Tate’s acting career was moving along nicely; Polanski had used her in 1967’s The Fearless Vampire Killers and married her a year later, and her career as a magazine model was equally hot until her pregnancy began to show.  She was in her eighth month which kept her more housebound then she would of liked.  While Polanski was off in England scouting for locations for what he thought would be his next movie Day of the Dolphin with his friend Warren Beatty and production designer Richard Sulbert and the woman Polanski was having an affair with Michelle Phillips of the Mamas and the Papas.  Tate had regular soirees at her home.  The next one was scheduled for that Friday night.  Steve happened to run into Robert Vaughn.  The two chatted for awhile and Steve invited him to come along that night to Tate’s place up on Cielo Drive.  Vaughn politely declined; he had other business he needed to take care of.

Still later Steve received a call from a young and beautiful blonde he had been seeing.  He invited her as well but she told him she had a better idea for just the two of them.  Early Saturday morning the mutilated bodies of Sharon Tate, coffee heiress Abigail Folger, Voytek Frykowski and Jay Sebring were discovered by the housekeeper.  Sebring had been stabbed seven times and shot in the head.  The news spread through L.A. like a firestorm.  When Steve heard about it he immediately arranged to have someone go to Sebring’s house and clean out all the drugs, sexual paraphernalia. And anything else he knew his friend would not of wanted anyone to find (of that could possibly tie Steve to Sebrings life style).  Sebring was known as something on an S&M freak around town and Steve did not want any of that turned into fodder for the gossip mongers; it was bad enough that coke and pot had already been found in Sebring’s Porsche by the police at Cielo Drive that morning.

Two  months later the Manson gang was arrested and charged with the Tate murders and others that had taken place during their spree.  Part of the evidence police found was a “hit list” that Manson had made of celebrities he wanted to kill.  At the top of it was Frank Sinatra.  Charlie was going to have Frank seduced by one of the pretty young Manson girls and killed while having sex with her.  Liz Taylor and Richard Burton (they were going to be tied together and boiled alive), and Steve McQueen who’s death was to be made to look like a suicide.  Presumably he made the list because Star had rejected hi manuscript.

To be on Nixon’s enemies list was one thing; to make Manson’s death list was quite another.  Steve was freaked out.  He wired and burglar proofed with all the latest security equipment. He was not alone.  All over town celebrities were imprisoning themselves in their own homes..  Overnight the peaceful easy feeling that had permeated Hollywood, Beverly Hills, Brentwood and Malibu were gone, replaced by a giant paranoia that made it feel like one giant war zone.

Steve began carrying a loaded Magnum with him at all times.  However no matter how safe and secure he had made himself and his family, he could not shake the dark feeling of having come so close to death.

A simple decision to get laid had saved his life.  He would never again go out in public without a weapon.

Steve should have been waiting for Tex with the mare's laig.

Atkins and her talk of hit lists. I'm betting if one of them had managed to slink her scraggly self over to Ol' Blue Eyes the open sores would have been the clincher for him, but it's possible the matted hair and STD's would have been equally alluring. What do you offer to the man who has everything?

You forgot the rotten teeth...

"Part of the evidence police found was a “hit list” that Manson had made of celebrities he wanted to kill."

Jeffrey Jeff - The book is not reputable. I believe the hitlist BS involving such notables as Taylor/Burton and Sinatra began with Atkins and her unceasing need to embellish and talk trash in order to get attention and shock people. (Because what she actually did wasn't shocking and attention-worthy enough.) It had no basis in reality.

Matt - Indeed. Nothing says "let me seduce you" quite like meth chompers.

So a rich hairstylist ate at El Coyote almost every night.

btw I mean to give love and take love away

- hey cielodrive- you do know that you don't have any actual copyright to those pictures and slapping a notice on them don't mean nothing, right?

I think Steve being on Nixon's enemies' list was a mistake on the part of whoever created the list. Steve was conservative politically and usually voted Republican. He was criticized by many in Hollywood for refusing to participate in the 1963 Civil Rights March on Washington.

Glad you enjoy the photographs we took, a lot of work went into them.

I was taken with the mugshot photos of a handful of girls that were arrested at Baker who I've never heard about before.

hendrickson claims the celebrity hitlist never existed it was made up by virginia graham to make things seem even worse than they were.

Yes, Cielo, a big, appreciative "THANK YOU!!" for the photos, & the time and effort you took in posting/sharing them. They're EXACTLY what I've always wanted to see, the photos of every little background detail. They're just amazing, & poignant. Do you happen to have the one of the bed in the Folger/Frykowski bedroom, that shows the book she was reading that night?

Latest sources say the Doyle whipping did occur, although not at Cielo Drive.

Well, now, let me check...but I believe we have one LAPD detective claiming that the story was discounted as motive because although rumored to have occurred at Cielo Drive they discovered it actually happened at Mama Cass's house.

And, I believe the story is confirmed in the Statman book as well.

starship is correct the detectives found out very early on that doyle was whipped and then sodomized by frykowski at mama cass' house. sharon, i believe would have let anything so vile and violent happen at her house. remember she was upset by the open selling and taking of drugs when she returned home that summer. sharon was a good person but was surrounded by a bunch leaches and scumbags, people not much better than the people who murdered her.

oops sharon would not, is what my previous post should have said.