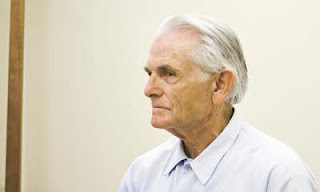 TIP from a friend of the blog - Tune in this Monday night at 8:00 P.M. Eastern time to CNN.
There will be someone on to discuss Bruce and his possible release.


Also there are some who think Bruce has to serve two years in a federal prison before being released. He doesn't, he would be released in about a week after Governor makes decision.

I understand that Bruce's 2 year federal sentence amounts to about 9 months of actual time served. It just wouldn't be worth it economically to make him serve that time considering it's been 40 years since he was sentenced for the gun charge and the time he has already served in CA prisons.

So he gets out No job how does he live Ok so a little monthly check.Thinking about how he will struggle outside karma has no bars.Sometimes God does have better plans Because the bottom line is God knows all about Bruce and what he has done Not just what he has been charged with.What ever the outcome his suffering is about to become more intense.

He does, Jason. Juxtaposing the young, troubled Bruce in the Hendrickson documentary with the elderly, pleading Bruce is astounding.

Even if he does get out, which is a slim chance, the new , aggressive breed of photojournalists, called a paparazzi will be hounding this man until he goes batshit crazy. He will never have a moments peace. Plus, everyone has cameras on their phones. He won't be able to fart without it coming out on a Manson blog!!