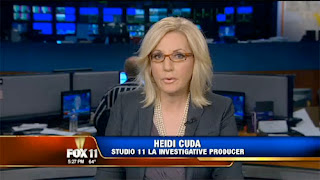 Bill Boyd's voice is heard saying that Watson told him that Manson killed more peorple. Tom O'Neill is revealed as the person recording Bill Boyd on the video.


Thanks to Stacey... again

A attorney for one of the members of the notorious Manson family said decades ago the group's leader Charles Manson committed more murders, according to a report.

"He told me about a bunch of other people Manson had killed," Boyd said of Watson.

Boyd reportedly made the comments in an interview with an author about the murders, and MyFoxLA.com  recently received an audiotape of the interview.

Boyd also says on the tape Watson did not implicate himself, saying the murders Watson allegedly spoke of were unrelated to the ones Watson was involved in.

Boyd, who died in 2009, said he had over 20 hours of recordings of interviews with Watson. MyFoxLA.com reports the LAPD is now seeking to get the tapes, which are tied up in Texas bankruptcy court.

The news comes as California's governor has been asked to make the final decision on whether a former Manson follower will be released on parole after serving more than 40 years in prison.

The state's Board of Parole Hearings submitted to Gov. Jerry Brown its recommendation that Bruce Davis is suitable for parole. The documents were submitted Friday, one day ahead of the deadline, according to California Department of Corrections spokeswoman Terry Thornton.

The governor has up to 30 days to make a decision. His options are to affirm, decline, modify or decline to review, which would allow the parole to take effect, Thornton said.

Davis, now 70, was convicted with cult leader Manson and another man in the killings of a musician and a stuntman, which happened after the most notorious of the family's crimes.

Manson and three of his followers, Leslie Van Houten, Patricia Krenwinkel and Watson, remain in prison for life in the Tate killings. Their co-defendant, Susan Atkins, died of cancer behind bars in 2009.

DT: "I'm trying to be the spokesperson for people that I will never see their faces or know their names..."

I don't know whether to laugh or cry