Manson's Home on the Range by Gay Talese Part 1

One of the perks of being Eviliz iz people shower me with love, praise and misc Manson paraphernalia. Don't get the wrong idea, I always have room for more.  ; )~

Quite some time ago I received a book titled True Crime An American Anthology -  350 Years of Brilliant Crime About Dark Deeds- Editor Harold Schechter.

I worked like a slave in the Blizzard of 2013 typing this up for you all.  Now show your appreciation and buy an Eviliz t-shirt.  Or else.

Public fascination with Manson and his "Family" was reflected in an outpouring of writing about every facet of the case, including this 1970 Esquire magazine piece Charles Manson's Home on the Range by Gay Talese. 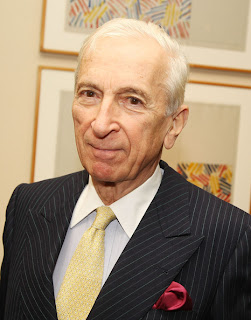 Charles Manson's Home on the Range

The horse wrangler, tall and ruggedly handsome, placed his hands on the hips of a pretty girl wearing white bell-bottomed trousers and casually lifted her onto a hitching post near the stable; then, voluntarily, almost automatically, she spread her legs and he stood between her, moving slowly from side to side and up and down, stroking her long blonde hair while her arms and fingers caressed his  back, not quick or eagerly but quite passively, indolently a mood harmonious with his own.  They continued their slow erotic slumber for several moments under the mid-morning sun, swaying silently and looking without expression into one another's eyes, seeming totally unaware of their own lack of privacy and the smell of horse manure near their feet (gag) and the thousands of flies buzzing around them and the automobile that had just come down the dusty road and is now parked, motor idling, with a man inside calling through an open window to where the wrangler stood between the girl.  He slowly turned his head toward the car but did not withdraw from the girl.  He was about six feet four and wore a bone like ornament around his neck, and he had a long angular face with sandy beard and pale sharply focused blue eyes.  He did not seem perturbed by the stranger in the automobile; he assumed he was probably a reporter or detective, both having come in great numbers recently to this ranch in Southern California to speak with the proprietor, an old man named George Spahn, about a group of violent hippies that had lived on the ranch for a year but were not believed to have all moved away.  Spahn was not reluctant to talk about them, the wrangler knew, even though Spahn had never seen them, the old man being blind; so when the man in the car asked for George Spahn, a little smile formed on the wranglers face, knowing but enigmatic, and he pointed toward a shack at the end of a row of dilapidated empty wooden buildings.  Then, as the car pulled away, he again began his slow movements with the girl delicately balanced on the hitching post.

Spahn's ranch is lost in desert brush and rocky hills, but it is not so much a ranch as it is the old Western movie set it once was. The row of empty buildings extending along the dirt road toward Spahn's shack – decaying structures with faded signs marking them as a saloon, a barber shop, a café, a jail, and a carriage house- all were constructed many years ago as Hollywood settings for cowboy brawls and Indian ambushes, and among the many actors who performed in them, or in front of them, were Tom Mix and Johnny Mack Brown, Hoot Gibson, Wallace Beery, and The Cisco Kid. In the carriage house is a coach that supposedly was used by Grace Kelly in High Noon, and scattered here and there, and slept in by the stray dogs and cats that run wild on this land, are old wagons and other props used in scenes in Duel in The Sun, The Lone Ranger television series and Bonanza. Around the street set, on the edge of the clearing near the trees, are smaller broken-down shacks lived in by wranglers or itinerants who drift to this place periodically and work briefly at some odd job and then disappear. There is an atmosphere of impermanence and neglect about the place, unwashed windows, the rotting wood, the hauling truck parts on inclines because there batteries are low and need the momentum of a downhill start; and yet there is much that is natural and appealing about the place, not the ranch area itself, but the land in back of where the old man lives, being thick with trees and berry bushes and dipping toward a small creek and rising again toward the rocky foothills of the Santa Susanna Mountains. There are a few caves in the mountains that have been used from time to time as shelters by shy vagrants, and in the last few years hippies have sometimes been seen along the rocky ridges strumming guitars and singing songs. Now the whole area is quiet and still, though it is only twenty miles North West of Beverly Hills, it is possible from certain heights to look for miles in any direction without seeing any sign of modern life.

Spahn came to this region in the Nineteen-Thirties (when men were men and sheep were nervous) in the first great migration of the automobile age, a time when it was said to be a dream of every Midwestern Model T salesman to move to sunny Southern California and live in a bungalow with a banana plant in the front yard.  Except George Spahn had no such dream, nor was he a Midwestern Model T salesman.  He was a fairly successful dairy farmer from Pennsylvania with a passion for horses, preferring them to cars and to most of the people he knew.  The fact that his father had been kicked to death by a horse, an accident that occurred in 1891 when the elder Spahn was delivering slaughter livestock in a horse drawn wagon near Philadelphia, did not install in the son any fear of that animal; in fact, Spahn quit school after the third grade to work behind a horse on a milk wagon, and his close association with horses was to continue through the rest of his life, bring interrupted by choice only once.  That was during his sixteenth year when, temporarily tired of rising at 3 a.m. for his daily milk route, he accepted a job as a carpenter's apprentice, living in the carpenter's home and becoming in time seduced by the carpenter's lusty nineteen-year-old daughter.  She would entice him into the woods beyond the house on afternoons when her father was away, or into her bedroom at night after her father had gone to sleep; and even, one day, observing through her window two dogs copulating in the yard, she was suddenly overcome with desire and pulled Spahn to the floor on top of her-all this happening when he was sixteen, in 1906, a first sexual relationship that he can remember vividly and wistfully, even now at the age of eighty-one.

Though never handsome, Spahn was a strong solidly built man in his youth with a plain yet personable manner.  He had a hot temper at times, but he was never lazy.  When he was in his middle twenties his milk business in Willow Grove Pennsylvania, was large enough for him to operate five wagons and seven horses; and one of the men who he employed, more out of kindness than anything else, was his stepfather Tom Reah, who he had once despised. Spahn could never understand what his strict German-Irish mother had even seen in Reah, a rawboned man with a large belly, who, when drunk, could be vicious.  When in this condition Reah would sometimes assault young Spahn, beating him badly; although later Spahn fought back, once swearing at Reah: "You son of a bitch, I'm gonna kill you some day!”  On another occasion he threw an ice ax at Reah's head, (damnnn, all I had to do was dodge a spatula every now and then) missing by inches.

Before Spahn was thirty he had obtained an eighty-six-acre farm near Lansdale Pennsylvania, on which he kept thirty-five cows, several horses and a lady housekeeper he had hired after placing an advertisement in a local newspaper.  She had previously been married to a racing-car driver, who had been killed leaving her with one child.  Spahn found her congenial and able, if not reminiscent of the carpenter's daughter; and at some later date that Spahn cannot remember. They were married.  While it would not be an entirely happy or lasting marriage, they would remain together long enough to have ten children, nearly all of whom would be named after Spahn's horses.  He named his first daughter, Alice, after a yellow-white pinto he had once owned; and his second daughter, Georgiana, was named in honor of a gelding called George.  His third daughter Mary was named after a big bay mare; and when Spahn had a son, he named him George after himself and the aforementioned gelding.  Next came Dolly, after a big sorrel mare; and Paul, after a freckled pinto; and so on down the line.

During the early Thirties, in the Depression, Spahn contemplated moving west.  Animal feed was scare in Pennsylvania, the milk was frequently spoiled by the inadequate refrigeration system on his farm, and he was becoming disenchanted with life in general.  In an advertisement circulated by the Union Pacific Railroad, he had read about the virtues of Southern California, its predictable mild climate, its lack of rain in the summertime, its abundant feed for animals, and he was tempted.  He first came along by train to see Southern California for himself; then, satisfied, he returned home.  He sold his farm and packed his family, his furniture, his horse collars in a Packard sedan and a truck, and he shipped his best horses separately by rail.  He began the long voyage across the continent.  He would not regret his decision.

Wait, I sent you that book! I only bought it for the Bobby/Truman Capote interview. Enjoy it Liz!

Is there more to this account of George Spahn's world by Talese?

Yes, there will be another installment.