We received this email from a friend of the blog.  I really hope I matched up the pictures correctly with the text.

"The Power wagon behind Barkers can be seen in Inside the Manson Gang (when clem is walking around) in the state it is in now; taken apart and buried. I don't think it was in working order when the Family was there- I don't think. 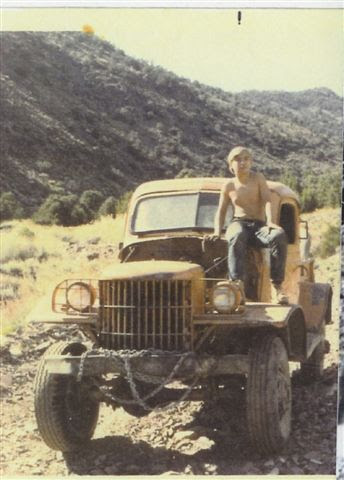 He later disassembled the Power wagon and died. 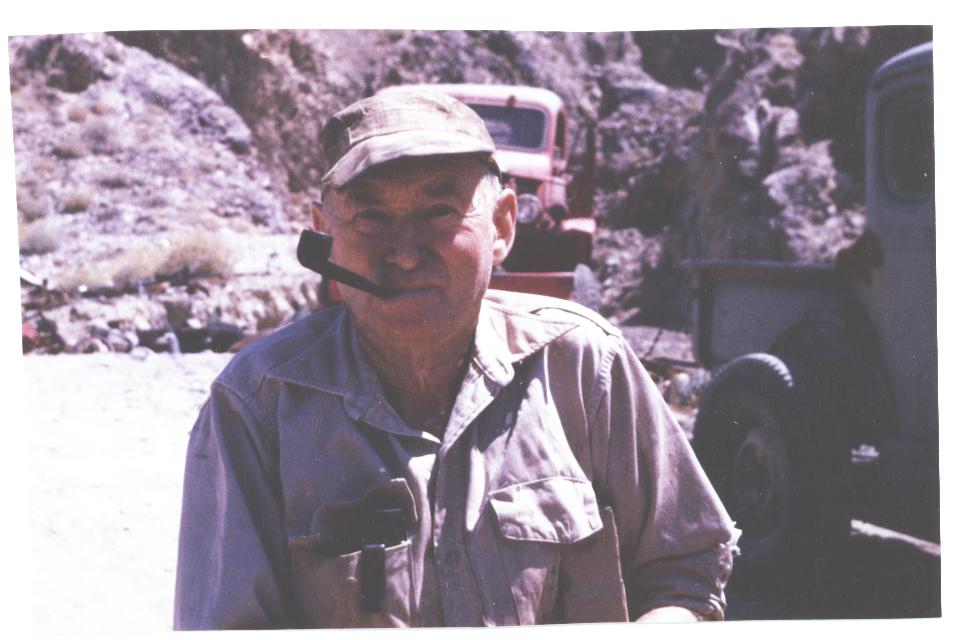 Griggs, you will see a power wagon behind him... rusty.
﻿


The Briggs camp is still here. I am visiting soon to see if there is a trash heap of cars ala
Barker Ranch. 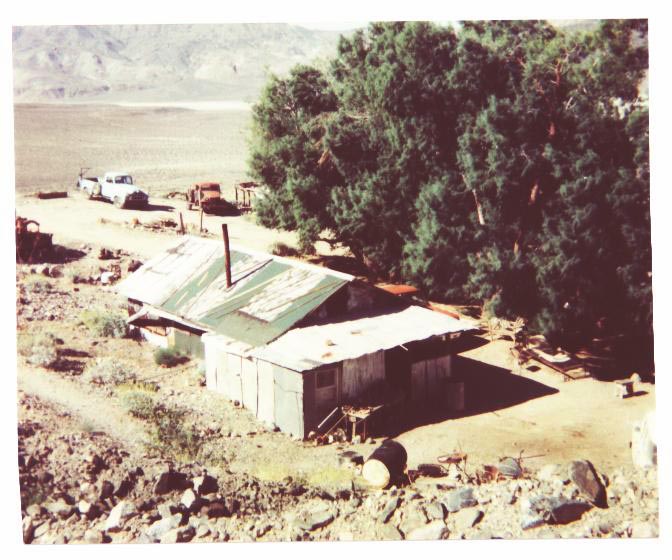 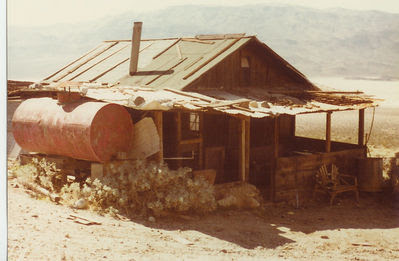 Some photos of the Briggs camp with some power wagons and Leon's home.
﻿

From Wild Bill Gossett: My original source of information was not the ex-mayor of Ballarat for those of you who may have thought so. It was somebody whom I truly thought had the facts. Tonight I sat with the person that I should have interviewed in the first place. For over an hour he talked while the tape recorder rolled. There definitely was a Tex Watson power wagon. The person I talked to tonight helped remove it from the very spot where Tex left it after he ran out of gas. Tex Watson then walked to the Ballarat Road on the lake bed and was picked up by an old miner named John Paulson who gave him a ride to down by the turn-off to Hinkley, CA. From there Watson made his way back to Texas.

Anyway, his power wagon is not the one that is in Ballarat now. The Watson power wagon was used at Ballarat for several years and then traded off to Leon Griffin, caretaker at Briggs' Redlands Camp. Unfortunately, Leon had big dreams of converting this truck to a different cab, etc. and he took it all apart. Not long after he took it apart he got sick and died. We still have the mystery of where the truck at Ballarat came from but we know where it DIDN'T come from and I'm going to try and find out. I have a picture of Tex Watson's power wagon taken about 2 years after he abandoned it. You will clearly see that it is not the same truck.

The rusty one with the man at the door looks like it used to be tan-yellow, like the Tex one. Must be before it was disassembled.

The ones in the Briggs photo may not be the same one, but I think the one where the guy is standing in the door is. You can see it used to be tan.

This may not answer a lot, but I think this may be the elusive second power wagon. " 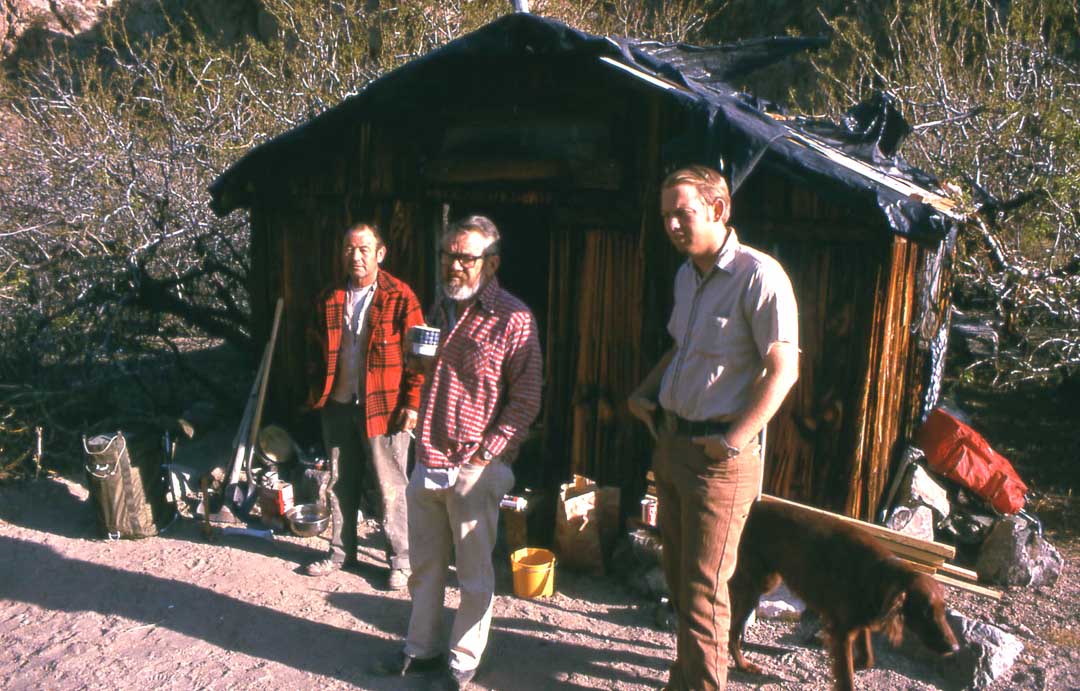 So what about the one in Ballarat supposedly belonging to BB? Didn't I see once that the title for it is supposed to be in Bobby's name, or do I have my Power Wagons mixed up?

The way I understand it the one in Ballarat is BB's. on his old website he identified it as his by the stars he painted on the top of the cab on the inside.

Thank you "FOB" for the cool photos. It means a lot to Patty to see these people's faces having only read about them for so long.

"The Manson Women: An American Nightmare" is on Bio at 7 PM Eastern with "Manson: The Notorius Crime and Trial" following at 8 Eastern.

I am quite certain the one in Ballarat is Bobby's. Though, that was the one we all figured Watson got stuck in the salt flats. Looks like it is not. It's a good way to tie in the Briggs site to the Family.

Can you imagine how creepy: Tex Watson, with his cold, steel-colored killer eyes, and shaggy, greasy hair, speeding across the desert in that creepy looking truck with a sick smile across his face as he reminisces about how his victims begged for their lives as he stabbed them to death? Out of all of these people we have studied, Tex Watson scares me for than any of the other ones, including Manson.

I think Tex's only thoughts were "I am a long way from Texas, in a shitty truck, in the middle of Death Valley." And to me, Manson's isn't scary. He's not a scary guy... Tex is scary because he has the capacity to do some pretty horrible things.

And to me, Manson's isn't scary. He's not a scary guy.
-------------------------------------
My step father was the Chief Medical Officer at CMF (Vacaville). He got to know Charlie pretty well. He told me that Charlie isn't crazy. He just acts like that because he likes the attention. I guess what I learned in my Psych 1A class was true. Neglected children not only suffer more than physically abused children but they spend their lives seeking attention and want it whether it's positive OR negative attention.......

Hi William. No, he did't tell too many stories. The only Manson story he ever told me was that Charlie came in complaining of hip pain. My step dad knew he was faking but didn't know why, yet. He asked Charlie "what is that you want, Charlie" and Charlie asked for a cane. My step dad said "I can't give you a cane Charlie, that could be used as a weapon. Charlie replied "well, can you give a gun? There's people in here that want to kill me". Not too long after that was when another inmate doused him with an accellerant and torched him. He didn't talk too much about his work. He did know some pretty infamous characters. I have an autographed copy of Soul On Ice by Eldridge Cleaver.

I bet the teenage girls that Manson used to beat the shit out of beg to differ with you on the scary factor.

Austin, that doesn't make him scary. I can sock you in the throat and that doesn't make me scary. People put too much into him. People's fear makes him who he is. That fear made that shit-stain Paul Watkins tell the media that Manson was a magician and sorcerer with powers-- and people believed that shit.
And that was 43 years ago.
he's not a scary guy.

What are you talking about? He had some of those teens scared shitless. I agree that there is too much emphasis put on Manson by the media, but he did scare people.
Oh, and if you sock a woman in the throat, that doesn't make you scary, it makes you a p*ssy!