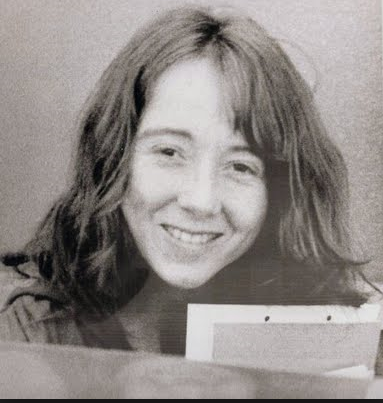 People wonder what happened to the book Squeaky wrote.  Here is an explanation given by Ed Sanders in an article that he wrote for Oui magazine March 1976.  Is it true?  Who knows, but it sounds plausible.


" Squeaky kept busy completing a book about the Family that the Family had been writing for about three years.  The book wasn't just another paperback.  It included writings and illustrations by various Family members, and numerous photos.  Each page featured intricate drawings.  Squeaky wanted the whole thing printed in four colors.  About 600 pages long, the book would have been inordinately expensive to produce.  According to a lawyer who knows every aspect of the case, Squeaky sent the book to just about every published in America.  A number of editors apparently led Squeaky and Sandy on with promises, but always backed off in the end.  One problem was that the text was vague.  One Family man sent word to Squeaky to "make it more clear," but, like the Watergate White House, Squeaky knew full well the danger of clarity.  She remarked in a letter: "To make things clear is to lay them out for the Attorney General and his buddies."  And so another manuscript hit the closet."

I'm sure I read in Bravin's book Squeaky... that she had given the book to Paul Fitzgerald for safe keeping...I'll have to check to be sure... That's the last time I've heard it mentioned ...would be a great read..

Eviliz is 100% positive she has a copy of most of the unfinished Squeaky book.
The original "finder" has it copy righted and after I look into things I may offer copies for sale. Give me a month or so.

Actually it's NOT Squeaky's own personal book, everyone in the Family, who wrote a chapter for the book is a co-author, thus creating a real "copyright "issue." I have an origianl copy from Squeaky. The cover is displayed in "MANSON" along with the girls and guns at Christmas time. It's called "The Book of the Dead."

This brings to mind another real copyright issue and that is of Tex Watson's audio tape with his lawyer. That is why WE will likely never know what is on the tape. IF the cops let any of it out to the public, the City of Los Angeles could be sued - big time. In fact, Tex Watson could sue to get the tape, based on privedged intellectual "work product."

P.S the Manson controversial "height" issue: Maybe Manson changed his height a couple of inches each time he was measured by the cops - just to fuck with them. Remember: Squeaky called him a "changling" AND God does that make for great urban legend!

That is not the same book I have.
Next week I will work up a post with a few pages of the book and the way it was found.

That would be a very interesting red. I mean read....

The book of the dead? Like the Tibetan Book of the Dead Leary fashioned his Psychedelic Experience after?

Ive seen Liz' version of the Squeaky Book. where did you get that one again? You told Patty once...Im thinking Nellie?

Page 526 of my book "Death to Pigs" has a clear photo of "The Book" of the Dead with Chrystal and Squeaky in photo also.

Liz: when you post I'll check to see if it's same book.

One of the things we learned during the fight for the Boyd tapes, was that Tex had no ownership of the tapes because of the agreement he signed with the firm in November of 1969.

Matt said...
Page 526 of my book "Death to Pigs" has a clear photo of "The Book" of the Dead with Chrystal and Squeaky in photo also.

Liz: when you post I'll check to see if it's same book.

Hi Robert- OK I will get it going over the weekend. Tell Toby hello for me and I miss her. She really made my birthday this year by giving me a happy b-day call!
Love you guys.

This is also included almost verbatim in the latest revision to "The Family" except he names the Family member as Clem.

Well she missed the boat on this one, seeing as no one buys (printed) books anymore. I don't get the whole 4-color thing- plenty of coffee table books, art books and graphic novels are printed 4C every page.

My theory is that none of those publishers really wanted to fuck with Squeaky because she'd undoubtedly be a nightmare to work with and uh, linked to a couple pretty bad criminal networks.

Still, it's a book about the Manson family by Squeaky Fromme! I say we do a kickstarter to have Robert's photographed proper, then make it into a nice fat Kindle/iBook for all of us to enjoy!

Matt said... Page 526 of my book "Death to Pigs" has a clear photo of "The Book" of the Dead with Chrystal and Squeaky in photo also.
Liz: when you post I'll check to see if it's same book.
Robert Hendrickson

I reached up and got my copy of "Death to Pigs",
As I began to look for page 526, I noticed that my thumb was already there. Just a minor ooo-eee-ooo.

CieloDrive has raised an interesting issue, that is miss-understood by judges and even attorneys. He states that Tex Watson's attorney held "ownership" of the tape recording that Tex spoke on. And YES, YES, YES, HE did own the physical audio tape, BUT unless the Tex Watson participated in a "work-for hire" relationship with his attorney, the attorney does NOT hold any exclusive rights under copyright. Tex is the author of his own words.

Example: Bugliosi's entire Manson murder trial "summation" was recorded. I "own" a copy of that recording, but the actual author was/is Bugliosi's employer (the City of Los Angeles). Thus, the "City" is the proper Copyright Claimant, under a work-for-hire" relationship.

Liz Patty loves how the Hendricksons are your "adopted parents," now. that is freaking awesome! Toby is such a love. You too Mr H.

I don't do Kindle. Sorry, but when I read a book I like it to be an actual book.