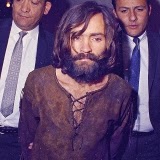 
"We will NOT let CHARLES MANSON into our home," distraught mother of his fiancee tells The ENQUIRER in a blistering interview.

THE woman who shocked the world by announcing her plans to wed "Helter Skelter" monster Charles Manson flat-out lied about her parents welcoming the murderous fiend into their family!

"My parents like Charlie," Manson's bride-to-be - a 25-year-old groupie nicknamed Star by the evil killer - said recently. "They said, 'If Charlie gets out (of prison), you guys can stay here.' "

But in a bombshell ENQUIRER interview, Star's mother claims she definitely doesn't want Manson as a son-in-law.

And she's horrified that her daughter - whose real name is Afton Burton - has hooked up with the infamous 79-year-old psycho.

"We would not let Charles Manson into our home!" a distraught Melissa Burton - also speaking for her husband Nolan - told The ENQUIRER.

"We do not approve. We would rather she not be involved with him."

In a blockbuster interview with " Rolling Stone", Star claimed she began writing to Manson while she was in high school, and at 19, she used $2,000 in savings to move near the maximum-security prison so she could be close to him.

She also said that she fled to California after her parents locked her in her bedroom when she refused to attend church and began taking drugs. After the interview made worldwide headlines, The ENQUIRER discovered Star's true identity, and tracked down her family in Bunker Hill, Ill., a suburb of St. Louis, Mo.

"We did not lock my daughter in a room!" Melissa told The ENQUIRER.

"We are very upset by these statements. She has a loving family. We have a good relationship and she had a caring upbringing."

While prison regulations allow Manson to marry, conjugal visits for inmates serving a life sentence are forbidden. But as The ENQUIRER has reported, a source claims Star - who marked her forehead with an "X" as Charlie's followers did - would like to bear his child. And it's possible fiendish Manson could find a way to impregnate her.

Star also said: "People can think I'm crazy, but they don't know me. This is what's right for me. This is what I was born for...I'll tell you straight up, Charlie and I are going to get married. When that will be, we don't know. But I take it very seriously. Charlie is my husband."

Yet the prospect of Manson as her son-in- law horrifies Star's mom.

"I ask my daughter to come home every day," Melissa said. "It's my belief that she is being misled. But she's a grown woman, and I can't stop her."

And my mother thought she was humiliated when I farted really loud at communion...

Or mine when I got suspended 5 days for calling my English teacher a cocksucker.

I have a friend who takes great wedding photos, and he could use a good gig right about now - so I say let the wedding bells RING!

Was it something I said...?

did ANYONE actually believe it when Star said her parents said her and Charlie could come and live with them if he was let out? enquiring minds want to know,,,

Sure - the same people that believed Charlie was seriously questioning whether the RS article would get him out of prison.

I was reading Theo Wilson's Headline Justice, in the chapter about the Manson trial she recalls a "monomaniacal prosecutor" forced to apologise to a female reporter during the trial for using the same expression to her.

Wilson also adds that it was under threat of being removed from the trial.