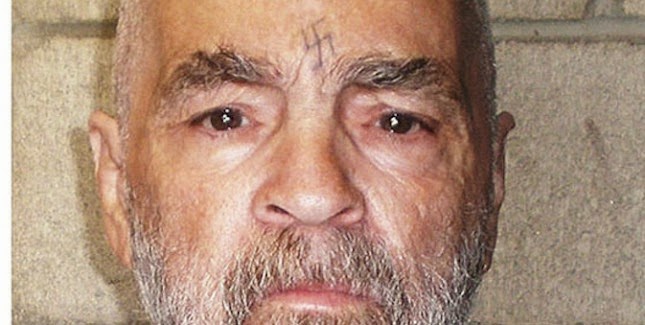 LOS ANGELES – Next year’s recipient for the Cecil B. Demille Award just leaked, and it’s none other than famous musician and murderer—Charles Manson! In an official press release, the Hollywood Foreign Press issued this statement:

“We apologize for spoiling the surprise, but I think we all knew that it was about time such a prolific entertainer got the recognition he deserves.”

Not everyone was happy with the announcement, including the family members of the people Manson conspired to kill, and pretty much ever other decent human being on the planet.

“Sure, Manson’s done some questionable things, but we need to look at the recipient’s entire life when we bestow this honor,” said HFPA president Theo Kingma, “I think we can forgive a few measly sins when the person has given the public so much joy with their entertainment—I mean, have you heard ‘I’m Scratching Peace Symbols on Your Tombstone’ or ‘Garbage Dumb’?”

The leak  occured soon after actor, director, and alleged child molester, Woody Allen, received the same award at the 2014 Golden Globes. Both his ex-wife Mia Farrow, and his son, future MSNBC host Ronan Farrow, tweeted their discontent about Allen receiving the prestigious award:

(See the article for the Tweets)

Farrow’s adopted daughter Soon-Yi Previn when she was 19, was accused of molesting his adopted 7-year-old daughter “Dylan” in 1992. He denies all allegations.

“It’s just so great that the HFPA can look past some of my past blemishes,” said Manson while blushing. “To be in the ranks of someone like Woody Allen, I’m just such a huge fan of him and everything that he stands for.”