From Book Review to Plagiarism to Sex Offender

This post was supposed to be called: Book Review - The Manson Family "Then and Now", by David Pietras 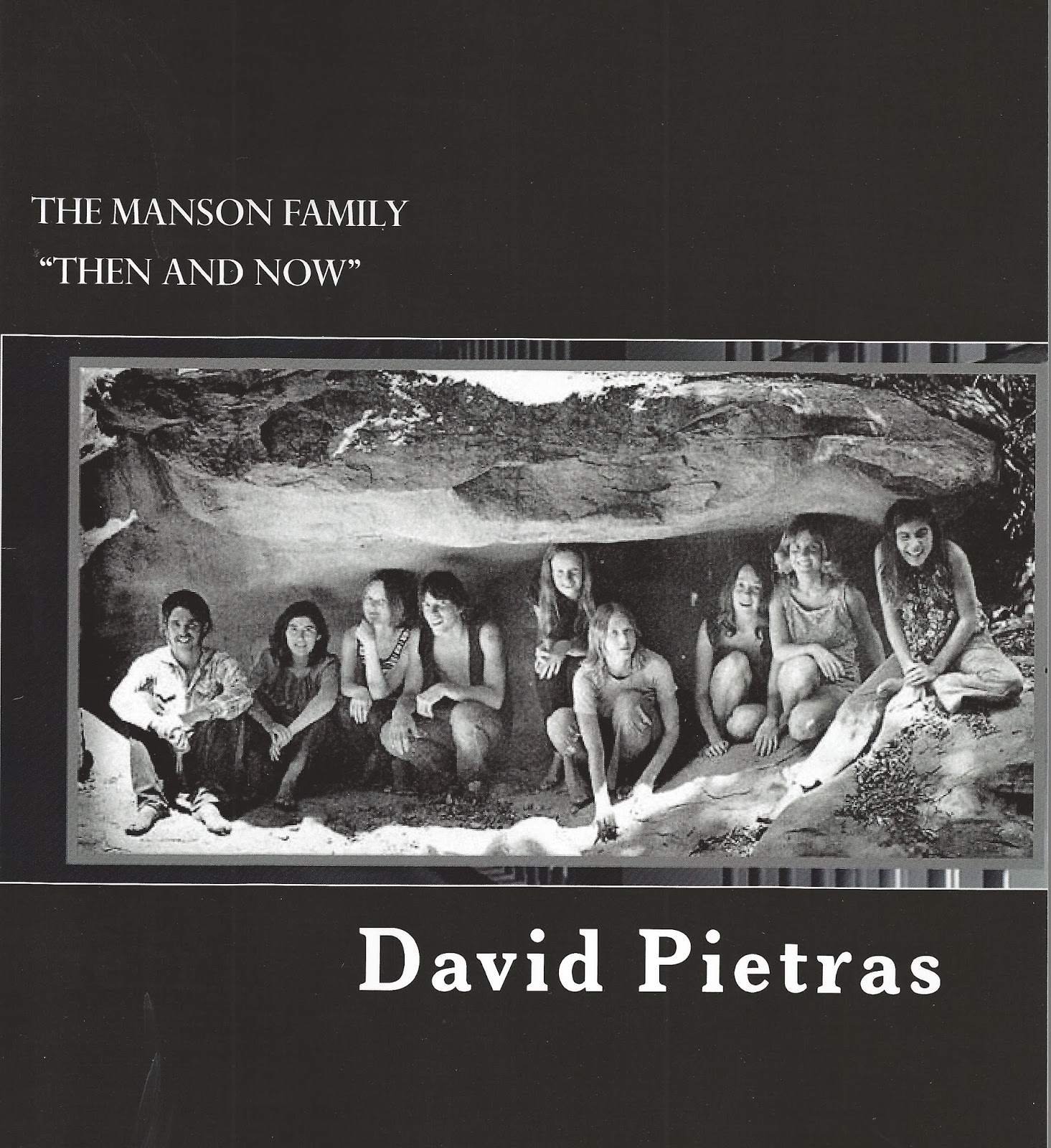 As someone obviously interested in the "then and now" aspect of the Manson Family, the title of this "book" piqued my interest a little bit, even though the description on Alibris was fraught with inaccuracies, misspellings and poor grammar.

After reading this, in likely slightly less time than I think Pietras spent writing it, my only question was what did Pietras do with the rest of his day? I was still unaware of what else I was about to discover or how prophetic that thought was. 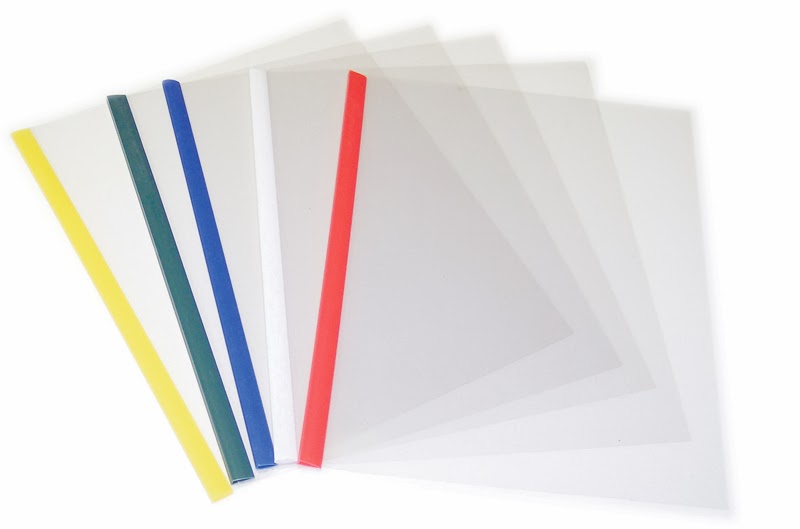 This really isn't a book. It felt more like a report a kid might have turned in in the 8th grade - you know, the one he started after dinner the night before it was due and plagiarized the daylights out of and taped in a bunch of pictures to fill up space, then took an old report out of its clear plastic cover (like these in the picture) so he could recycle it? The teacher could always tell the kid didn't write it because it was too good. My memories of those "research projects" - those of the prepubescent kids in the library copying directly from the encyclopedia - would serve me well in this case. The reasons will become clear in a moment.

Pietras quoted extensively from other books such as Helter Skelter, The Garbage People and even leaned on Nuel Emmons a bit. It felt familiar. The book is also filled with photos, all of which we have seen before and take up even more page space than the quotes from other resources. I thought to myself that if you were to remove the quoted text from other authors and the pictures, I think this would not be a book any longer, it would be an article. A well written article, but not a book. Something kept gnawing at me as I read it, I just didn't know what.

So, getting back to what compelled me to push the buy button on Alibris, the last third of the book is called "Where Are They Now?" As someone who loves the connection of the 1960's Manson Family to the 60-year-olds that they are now - the ones you might bump into at the mall, I just couldn't resist. This section begins by saying "Manson endures, even as a sixty-year old". Now, even the most novice among us knows Charles Manson is 79 years old. That sentence bothered me, so I googled it. Guess what? It is a plagiarized line. It comes from a really good article called "Charles Manson and the Manson Family" by Marilyn Bardsley. Most of us have read this at one time or another HERE in the Crime Library. So I skimmed Bardsley's article (I'm snowed in, so I had time to kill). Guess what? It was ALL plagiarized from Bardsley! Not leaned heavily on, not paraphrased - totally fucking plagiarized. In many cases he even uses the same photos Bardsley used in the same parts of her article as illustrations. Nowhere in this book was Bardsley even credited! So, I've read 2/3 of this thing only to find out that he completely plagiarized everything I've read so far.

Not to be deterred, I trudged on, only immediately to find that the next three chapters were copied word for word from Manson's Wikipedia page. I kid you not. Directly from Wikipedia!

He then reproduced a portion of the recent Rolling Stone article to address the Star saga, but at least he cites Rolling Stone.

Then when he turned the "where are they now" subject to Lynette Fromme, he went back to directly plagiarizing Bardsley - word for word. Then returns to copying and pasting from Wikipedia to talk about what has become of Tex, Sadie, Clem and so on. Pietras didn't write any portion of this book. None of it. He copied everything directly from Bardsley and Wikipedia.

I think it would be fair to guess that this book does not get an endorsement. In fact, if Marilyn Bardsley were to get wind of this, Pietras might find himself being sued. Luckily it only set me back six bucks on a used copy.


But screw the book. Upon investigating this a little bit more, our crack team has compared his Wix page that he proudly displays in the masthead of his "book":
http://mrdavepp.wix.com/davidpietras

Oh SNAP! It's the same guy!

Oh, he's a sex offender in NY too:
http://www.criminaljustice.ny.gov/SomsSUBDirectory/offenderDetails.jsp?offenderid=3593

I wonder if his Parole Officer knows about the plagiarism? I'm guessing this is not going to be his biggest problem going forward. This turned out to be a worthwhile six dollars, don't you think?

Good job, Matt! I dislike sneaky people like this.

You should check out this guy's Amazon page, too. He has "written" at least a dozen books in this last December and January alone.

i have seen a few other questionalble new manson books which look like they were just taken off the net.

i have seen a few other questionalble new manson books which look like they were just taken off the net.

Yeah. Everyone thinks he or she is an author. Shame on this guy!

Reminds me of the recent Rand Paul speeches that were pulled from Wikipedia pages. It's easy to pull stuff off the internet if one is too busy or lazy to do their own research but the downside is when one gets caught like this.

A kid who sits behind me in evolution says she is writing a book. Its going to be about why creationism is wrong. Gee, no one has written a book about that before...bound to be groundbreaking stuff.

Somebody is always monkeying around with creationism.

"LUCKILY IT ONLY SET ME BACK SIX BUCKS"

Back in the day -

HE was a criminal "copyright infringer"

ACTUALLY Matt: IF YOUR post is true, YOU are the victim of "wire fraud" (if you used a land line internet connection) mail fraud (if you received the book via US mail delivery) and host of other crimes.  Alibris is also liable !

BUT the lawyers would say "He ( the perp) was just LAZY and MONKEYING around.

Wasn't Manson just "teaching" the young'ns in HIS Family how to survive in a cruel world - infested with PIGS.

omg whut - thanks for the laugh!

Ok, don't your links indicate he currently is in jail in Florida?

And his crime from 1993 is in Oneida County, NY. Right where Squeaky lives today.

If you belong to LinkedIn you can see his page there. He skims over some of the years of his work experience.

So, he thinks he can copy and paste from the internet and the self-publish them as his own books?

I have an idea, Pietras. Write about something you know about, like jail food or jail bait for that matter. Creep.

In all fairness, try reading Human Rights Watch article called Life On the Register. You can be put on the register for playing doctor with the little girl next door, seriously. And when you are displayed in the Sheriff's office, it will state how old you are and how old the 'victim' but not how old you were at time of 'offence'.
Example: a boy got drunk at a homecoming football game and decided to do a streak. Everyone laughed and he was the hero of the day, til he turned on the TV that night and saw his principal saying how grave it was and how he would be charged withe sex offences.
Once he realized what Life on the Register would mean…he killed himself. It's that bad. People have been put on it for taking a piss against a tree, seriously

Here's some of the stuff 'sex offenders' have to do: when they move in a new area, have to send a postcard to every household warning them: cannot decorate house on Hallowe'en and must have a sign saying "No candy or treats' (as if even real offenders are going to drag kids in from the doorstep); endure horrific harrassment and physical attacks; cannot babysit any family member; if living with family memebers must move out if a kid is born, no matter if they end up homeless; and must get permission from parole officer to d absolutely anything, any college course, any job. And they have to register every year…and all this has to be paid for, running into 1000s of dollars: if you can't find the money, you get maybe 4 years in jail…and you cant get out til you have an address, which as a 'sex offender' is hard to get; you must carry a card with SEX OFFENDER in huge red letters as well.
It's vindictive, pointless and has ruined the lives of countless people.
Examples of sex offences: playing doctor with other kids; streaking; pissing against a tree; at age 8, looking to see if step-sister was different under her nightie;having consensual loving relationship that became a marriage but which began when girl was a month under-age…

Its a wonder dear old Clem doesn't have to sign it!

Fiona, you're very fair minded, and every thing you say is true!

Matt, he is back in jail. It's really too bad he doesn't have to pay restitution to the people he has harmed with his I'll gotten gain. I happen to be one of them.

catfish, in jail for what?

Never mind, catfish. Deb looked it up. 5 months for battery. He's gained like 100 pounds since we last visited him. At least no one will want to rape him.