I just received an email from Michael Beckman, Bruce's attorney, saying that Bruce was granted parole.  No details as of yet but Debra Tate and Barbara Hoyt were there. 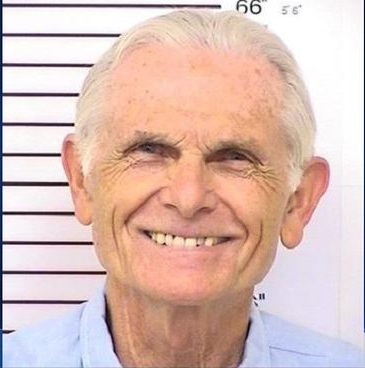 Thank you, Deb. Let us know when you hear from Beckman...

I sent Howard, the Zodiac Manson Connection, Davis an email to tell him the news. He wrote back that he was setting up his guest room for Bruce because he heard that Bruce was to get a job at a harbor near him! I have no idea if that is true but even Howard can't believe that Bruce hasn't been released yet.

Can anyone tell me what relation D. Myers is to Cappy?

orwhut, my guess and it's only a guess, is that D Myers and Cappy are cousins. I'm thinking they had the same grandmother.

Bruce knows more than any of us, about many things. He has earned some peace.

Man, to get a date 3 times in a row is not usual. Not usual at all. After that book I read about California parole, I figured it would never happen. The book is "After Murder" by Nancy Mullane. The governor's legal team usually always reverses parole. I can't see BD getting out. I just don't. Why are Debra Tate and Barbara Hoyt always allowed in his hearings? I don't understand that at all.

Deb,
Thanks. On sites about Manson, sometimes I don't know whether a new commenter is even who they claim to be.

CNN is confirming the news.

Obviously, it's so long ago that no body remembers when:  The LAW used to to have "public" hangings where even the youngins were welcome to watch. Can anyone guess WHY ?

Remember when the world was considered FLAT? What changed that FACT?  The invention of the LEVEL?  The church?  Some crazed hippie?  The government?

Why are some inmates more highly educated than prison guards?

Why does a so-called "parole system " even exist?

Now seriously, I hope him to be released, he's an old man and not a crazy one like Charles

Can somebody answer this: Why does Debra Tate care if Bruce Davis gets parole? Her mother and sister never focused on the others that weren't involved in Sharon's murder. You also don't see the LaBianca family, or Jay Sebring's family at Bruce or Bobby's parole hearings. I can understand if she were to go to Tex's hearing, and Pat's, but Bruce's? I don't get.

Robert,
I think the parole system is there to give prisoners an incentive to behave themselves in prison.

AustinAnn, the families can assign anyone they wish to represent them if they choose not to attend themselves. I assume that they have approved of this in some official way.

I wonder if Debra is asked by the families to represent them or if she volunteers.

I think I read at Bruce's last hearing, that a family member of Gary Hinman's is the one that appointed Debra to speak, but then another family member of Gary's wrote a letter opposing Debra being there. They read the letter out loud that said that she was NOT to represent the Hinman family, but the board let her be there anyway.
It makes me feel bad for saying anything against Debra, because I know how much she hates these people for what they did, but I just didn't understand why she chose to be at this hearing.

This is going to be a long winded explanation as to why Debra Tate was at this and the last parole hearing representing the Hinman family, bare with me! At Bobby's 2010 parole hearing Patrick Sequeira attempted to get a letter from Gary's sister, who had opposed Bobby's parole in the past, stating that she did not wish Bobby to be paroled. Letters to Gary's sister went unanswered and in fact were returned to Sequeira. He tried one last time. Here is a quote from Bobby's parole hearing regarding the Hinman family on opposing parole.


"It was Carol Hinman Romberg, I believe her name is. They sent it twice certified mail, and both times it was non-deliverable. Apparently, she had moved on. They sent it one time regular mail, and apparently it worked its way through. I don't know, we lawyers call it a reply letter doctrine, but she referenced specific facts in the original letter saying she was a niece, but they did not want to be re-victimized, they had moved on. "


The parole hearing can be read at Cielo Drive and my quote is a little more than 3/4 down the page. The easiest way to find it is to use your "Find on this page" feature and look for the name Romberg. http://www.cielodrive.com/bobby-beausoleil-parole-hearing-2010.php


So, at the next hearing to come up which was Bruce's hearing last year, Sequeira knew that Gary's closest relatives were not going to oppose parole so they dug up a cousin, Kay Martley. Kay and Gary are not first cousins, they are second cousins. They share the same great grandfather with their respective grandfathers being brothers. Sequeira told the parole board that Gary's sister had died! She has not died and in fact Gary has two living sisters, two nieces and two nephews that are closer in the bloodline than Kay Martley.


You can double check me on the family relationships. The Hinman family has an extensive family tree posted online. At this link Kay Martley is listed #12076. http://www.hinmanfamily.com/hfag364.htm The relative in common between Gary and Kay is Merritt E Hinman. At this link Robert Hinman, Gary's father, is listed #9027 http://www.hinmanfamily.com/hfag261.htm#19887 the reason for going to Gary's father instead of Gary is because Gary had no children and he is only on his father's entry. You can, however, click on Gary's sister Carole to place yourself in the same generation as Gary.


The bottom line to all of this is that the LA DA, Patrick Sequeira, wanted someone there to say no to Bruce's parole on the Hinman family's behalf so HE recruited Debra Tate to do just that. Gary's closest relatives do not oppose Bruce's parole nor Bobby's, the person who actually killed Gary.

Bruce has reserved his same spot in the LA Drainage basin for his release. I understand that he is getting out the first of Never.

Yes you got another one "right-on" In fact when they built San Quintan in California for the "worse of the worse" criminals, they soon realized that feeding them Steak and Lobster would at least appease them to a certain extent. "Parole" is actually a "con" to motivate prisoners to behave. Remember when Miss Grabtree would give Johnny a "gold star" sticker to be placed on his finger- painting AND he would rush home to his mother for a big hug of personnel praise ?

On the 6PM news watch the policeman receive the medal of honor for saving the little kitten from a trumatic event. In Death to Pigs, Paul Crocket explains the "reward" scam the "establishment" has been playing on all of us since BIRTH.