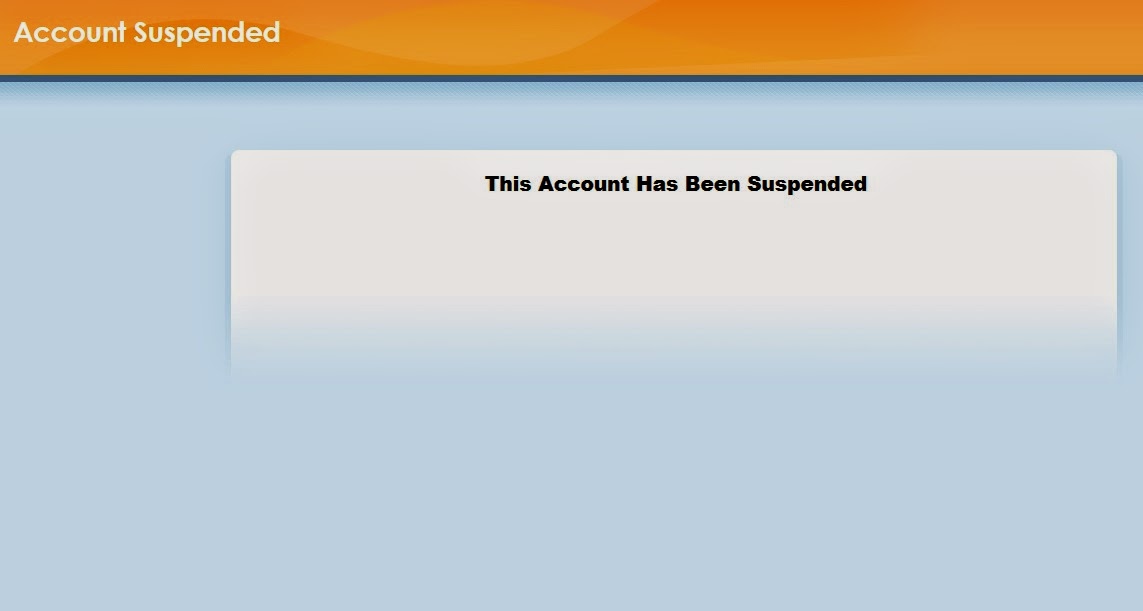 Truth on Tate La Bianca is showing the above message this week. Anyone?

I sent her a text a few days ago. No response. Catscradle77, if you're out there we hope you are ok!

I tried to contact her too, Matt, after seeing the message... no response here either. Very worried; she's a good egg. Mr. H., as usual, raises a very very good point. I hadn't even realized Mark's site was down, too. Even though he's been off the radar for a few years. I just messaged him, & another friend who used to own a site/group to see if anyone has heard anything. On the TLB end of things, if TOTLB is gone, it's also devastating for researchers. Mr. H. is a very wise man. (Although I wish I'd had enough $ to grab the deal he was offering before the price on "DtoP" shot into the stratosphere. *sigh* But as someone who was ripped off on song royalties by download thieves, I don't blame him a bit for raising the price.).

Well, Cats site is not down because of money woes. Whois says the site is paid for until 1-19-15.

I agree Trilby, the site is a great resource and I hope this is a temporary situation.

Yes we poke fun at each other but she has always been decent to Patty. She hopes his priceless resource is not gone forever.

The Whois refers only to the domain registration. It doesn't reflect the monthly costs of hosting the site somewhere. So it can be a billing issue.

Man, those are the greatest dimples I have ever seen. I had no idea Patty was such a knockout.

Cat's apparent retreat had me thinking about the nature of blogs and Manson blogs in particular. The notion of a fair-minded, reasonable, polite Manson blog seems almost an oxymoron, doesn't it?
In literature they talk about plot-driven vs character-driven stories. I've just come to believe that Manson blogs have to be character driven, the plot stuff (despite RH's exhortations) seems done to death.
A Manson blog needs assholes and provocatuers. That is why someone like the Saint is so sadly missed. He could be a great irritant, but he laid himself out there.
There are a few remaining who put themselves out there, obviously Patty and Katie and such. Mostly women.
I didn't know Cat's character as well as you guys did, but I sure did like her site. Damn shame.

I don't know if anyone else saw it or not, but just last week I saw a thread on there - TOTLB - re: "Church"of
$ cientology - the guy said he had access to fully UNREDACTED FBI files showing Cof $ involvement in this case and that Bugliosi & Stovitz's son were involved with them. Implied Stovitz was, too. Greeted with the usual "show us" attitude, he actually did immediately produce one full set of documents that were unredacted, which did seem to contradict alot of Bugliosi's claims in "Helter Skelter". He seemed to really know what he was talking about (ie: not writing checks with his mouth that his ass can't cash, like alot of yahoos who make these sort of claims.). I hope it's just a billing issue with the site, but still, the timing falls under things that make me go hmmmm... but I make no secret of the fact that I believe this case goes deeper than the murders themselves. On another note, I always respected Cat's copyright and never saved all the documents and photos to my computer. Now I deeply, deeply, deeply regret that. I won't make that mistake again. Also, my friend who used to own another site responded, & told me she hadn't heard anything.

BTW, Cielo, the research resources on your great site are absolutely amazing, also. Particularly LOVE the photos. Every time I lose a bid on e-bay for something case(s)-related, I always figure you, Cats, Patty or Deb must be the winning bidders! :)

Hi, Leary! Hope you are feeling much better!

Leary, I hope you are well.

We can hold a "Resident Asshole/Provocatuer" election, maybe.

Speaking of ST, I spoke with him last week. He's doing fine and asked me to pass along his good wishes.

Trilby, the ex-scientology guy that had been posting the docs at Cats is working the Zodiac Killer forums, too, though he hasn't posted any docs yet.

Interesting, I will try to message him.

Tribly, sorry the book had to go up in price, but we can't find another printer to do such a large book for a reasonable price. Even paper companies are going out of business and we are likely not to make any more books. You can still get the MANSON Media Collection for $100 off our website, but probably not for much longer.

Leary, you raise a an interesting issue with "plot-driven vs character-driven."

Obviously, everyone wants to be a real CHARACTER, but who are we kidding ? Bloggers are just an illusion. Nobody knows whether I'm really Robert Hendrickson or whether "Cats" is someone in a nut-house or the President of the US. AND if we are talking about a REAL character (like someone worthy of being written about) - well the ONLY name that stands out for me is Charles Manson. I mean - kid raised by gangsters in prison grows up to be the mastermind of the Final Conflict - the Battle of Armageddon. That's the stuff movies are made of. The last name to garner that kind of media attention was Adolf Hitler. Granted, maybe Bugliosi created the "public" personification of Evil, but WE may be stuck with HIS Devil for a few more decades to come.

As for the "PLOT" of the MANSON Family story being DONE to Death - I'm sure Helter Skelter is getting boring - but SEX, DRUGS, MUSIC and MURDER, well maybe that's ALL really there is!

Thanks Trilby, I'm glad you like it. But rest assured, it's not I who is bidding against you on eBay.

I wondered the exact same thing about the fbi docs. The scientologists are famous for their love of tying people up in litigation for years. I hope Cats did not become an unwitting victim in one of those nightmare scenarios.

I also hope it has nothing to do with any other sort of governmental 'oversight'.

Can't help but remember "Bret" who ran the best MANSON website and then supposedly committed suicide. I communicated with him regularly and HE sure didn't even mention negative thoughts.

I'm sure the Scientalogy folks NEVER appreciated the name "MANSON" being publicly connected to them. Especially regarding the word cult. Oh, Bret had been working for a long time on a Bruce Davis expose and shortly after HE posted it and outed Clem - Well, that's when HE disappeared.

Did anyone make copies of his postings?

Still no word on why Cat's site went away?