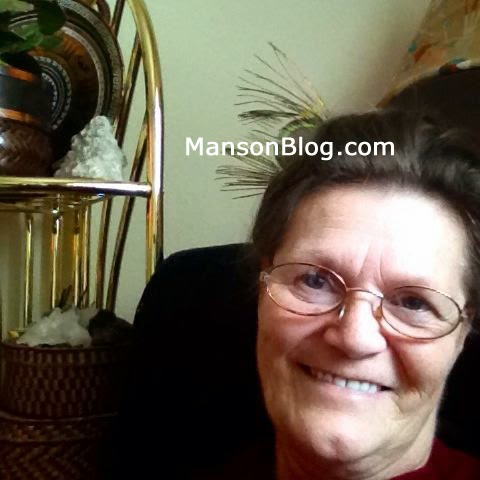 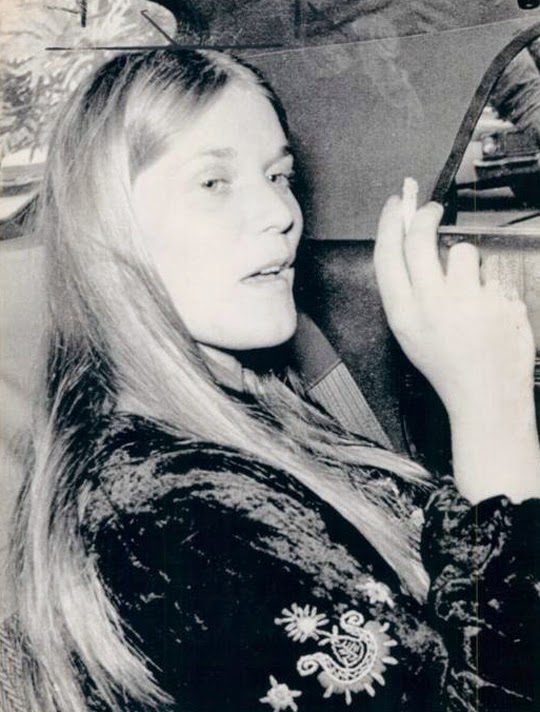 I wonder if she still thinks about what she saw her friends doing to those innocent people that night? She witnessed a nightmare in reality. Horrible to even think about. . . .

Kasabian is likely trending right now because the new Kasabian album is being released in the UK. They will also play the main stage at Glastonbury this month.

She doesn't look that bad, considering her well documented drug problems and living 4+ decades with the internal horror of witnessing first hand what went down. Mind you, I suppose if you've been a spectator, you'd kind of be pre-disposed to self medicating when you really have no other coping mechanism available at the time.

Mental health counselling in the late 60's and early 70's, compared to what is known now, must have been quite primitive. Only recently has PTSD started to be diagnosed as a condition amongst non-serving civilians - I can't imagine Bugliosi being that duly concerned about Linda Kasabian's mental well being after the trial.

Never very attractive.
She should be smiling - she should be behind bars. As far as I am concerned, she distracted Frykowski so Tex could catch up with him. She says it different, but she knows the truth. She is as responsible for his death as Tex and Katie.

I have always thought she could of ran off, and told the authorities, so at least it would of prevented the LaBiancas from being killed the next night, but no....there she was, tagging along again for round # 2.

They all could have done something, none of them should be commended for anything, she had her opportunities to alert authorities.

I've always sort of assumed she was the lesser of evils of the Manson Girls but I still believe she was heavily involved.

She's no angel, but her testimony did help convict the people who did the actual slaughtering.

@AustinAnn74 I agree but didn't they have her toddler daughter? She stayed for her daughter that she could not get away from them. Maybe I'm remembering wrong. At least she testified to help convict.

I wonder how Lady Dangerous is doing.

She does have staying power for an old 60's druggie. Not feeling any guilt for putting her friends in jail for life, for being a part.......for what she was a part of too!

She didn't seem to develop any sense of remorse until they charged her with seven counts of murder. She really ought to be in jail with the rest.

Hmmmm....Have you ever wondered why so many women who are getting beaten up or mentally undermined in their relationships remain in them ? Logically, you’d think they can just walk. But so many don’t.
Human beings are complex creatures. As such, many of our situations carry with them some hard to unravel complexity.
For most of the counterculture, the idea of going to the police would have been like LBJ or Nixon asking the Russians for help. It just wasn’t happening. Here in the UK, there is a similar scenario where a significant segment of the Black population would not go to the police, no matter what was happening. Once trust breaks down {or isn’t there in the first place} they just don’t figure in one’s thinking. Having been in that place, I understand it only too well.

She said she was afraid they would find her and kill her and that is a extremely understandable fear. She also stated that it bothers her even 40 years later that she wasn't punished. That she feels like she still should have had consequences to going there that night. And that the fact nothing happened to her severely bothers her.

@Lolo, the Manson family was set up were the woman were not allowed to have any money once so ever. Not even a penny. And the children were "kept" by the men. So there is a great chance you are correct.

she appeared to me like a nerd and if I were her, I would have taken the car and go for help, but hot she, she just whimper and acted like a fool.