Manson, a Black Woman and Nietzsche 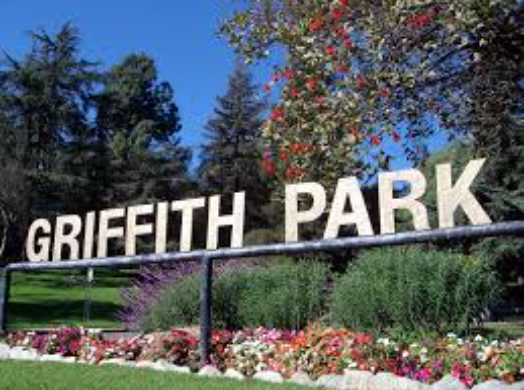 An introductory to this story is necessary.  Wanda Coleman was an acclaimed Black poet and author from Watts in the South Central area of Los Angeles.  She was married to a white man named Charlie Coleman with whom she had two children.  During the summer of 1968 Wanda and Charlie with their kids regularly went to Griffith Park in LA.  It was there that Wanda and Charlie Coleman met Charles Manson and a few of the girls.

This is an excerpt from a chapbook titled love-ins with Nietzsche published in 2000.  Coleman interspersed her memoir with quotes by Nietzsche whose work she was introduced to by a high school teacher.  She had a unique ability to extract the essence of Nietzsche's writings and adapt them to her own circumstances.  Nietzsche certainly wasn't writing  to an audience of young black women of the '60's.

So it seems (if you believe her) that CM was spouting off about race wars for a good while before August 8, 1969.

Good point Ann. I guess Coleman is a slightly known poet and i don't think she would lie about this.
Thanks Deb, great article, grat read.
"Their sole interest was their reverence for their Charlie", how about that...

PRESENTATION, REPETITION and COMPLETENESS - that's how you can convince ANYONE of ANYTHING.
But NOTICE what's missing from this story. Like, WHY Wanda REALLY didn't go to the Spahn Ranch. The Prosecutor Bugliosi would have added: "She was NOT welcome, because she was Black." and "See folks- even early on Manson ONLY saw Blacks as a tool to be used in promoting HIS race war ambitions."

BUT is there ANYTHING in this "writing" that suggests it is a true story?

I have audio recordings of Bugliosi's 7 day Manson Case Court Summation and therein you can
hear how HE was able to CON-VINCE the common-man JURY that HIS Helter Skelter STORY was TRUE. As claimed in the movie MANSON, Mr. Bugliosi was a judicial genius.

Robert, like ChrisPOA, I don't see why Coleman would lie about her encounter with Manson but putting the incident down on paper after years of reflection would tend to filter her immediate reaction upon meeting Manson and listening to his rhetoric.

I think Bugliosi and Manson were like two peas in a pod. Both are excellent conmen but Bugliosi had education and the law on his side. Manson essentially cut off his nose to spite his face by not formally education himself and playing the "woe is me" card. And I do think that Manson is far more literate than he would have people believe.

Deb S. I really couldn't agree with you more about Manson being far more literate than he's let on. He's like an evil version of Lon Chaney Sr. aka "the man of a thousand faces". The wide-eyed undereducated, neglected hillbilly is just another one of his many faces. Typical con artist bs, in that respect.

@Robert Hendrickon "She was NOT welcome, because she was Black." But lets put it this way : If all the ,Manson Family, at Spahn were Blacks ,Would YOU feel welcome as the only WHITE guy ?
But annyway, interesting story Wanda tells here. I wonder what here thoughts were after the Murders... And most of all...What IF her Charlie DID take Mansons offer and took the Job...and stayed at Spahn..

Thanks Deb, I like this story. I love the little side stories that fill in a bigger picture.

OK Deb - How about this:

READ your own article VERY carefully and ACCEPT that Wanda is telling the TRUTH.
NOW - understand WHICH "Charlie" is actually leading the conversation about a Black & White Conflict.

When the Tate / LaBianca Massacre occurred WHY didn't Wanda or HER "Charlie" go to the POLICE.

OR when it became public that one Charles Manson was involved with trying to ignite a Black & White RACE WAR, why didn't WANDA or her man "Charlie" go to the Prosecutor Vincent T. Bugliosi. Are NOT "welfares" allowed to testify in a Court of Law.

AND if YOU claim that the cops didn't make public - enough information for Wanda OR her man to realize that Mr. Manson might have been involved in the Massacres - well then, maybe the cops didn't give a fuck whether any other folks, like "Shorty" might die also. Of course, that would also explain WHY the cops were really pissed at Ronnie Howard for breaking the Manson Case.

SEEMS to me that most everyone's attitude that "the COPS have NO reason to LIE, so they MUST be telling the TRUTH" is - kind'a kinky at best.

Robert I have no idea why Wanda or her Charlie did not go to the cops when they learned that Manson et al had been arrested for the carnage of the decade. I wouldn't even try to guess.

If I were in Wanda or her man's shoes I probably would NOT have gone to the cops either. As you well know things were different back then. The younger generation did not trust the cops, especially young people like Wanda and her Charlie who were involved in all manner of student and Black unrest. I would have been afraid that the cops would try to turn the tables on me and somehow implicate me as well.

Remember, too, that many people, particularly those that were considered hippies did not believe that Manson and his crew had committed the murders and felt they were being framed. The first few months of LA Free Press articles defended Manson and other underground papers followed suit.

They, and their story, wouldn't exactly fit the picture the bug was painting.

DebS if i was Wanda in 69 i wouldn't tell the cops either. I think i'd be shocked and scared. And they thought the family people were bad for auto theft.

I didn't know the cops were mad at Ronnie for breaking the case! I thought they were desperate to have a clue since the media and the nation were putting pressure at LAPD to answer the case, i.e., investigate!
BTW, Bugliosi made s*** of part of LAPD in his book.

But there's one thing that i'd like to understand...if the crimes were to free BB (as Tex owned a favor to Charlie, blabla...) why would Krenwinkel refer to Healther (sic) Skelter in the crime scene? I mean, the Hinman murder had nothing to do with HS signs - and who would know that HS meant a race war? The police?
The concept of HS was into the family only. This makes me believe the girls were aware of the "make scene" or, they truly believed they had to ignite HS. It was stupid to write HS in the Waverly house, for it related the family with the crime scene.
Aw, i guess it'll take years of study for me to get the details. I'm learning a lot in this blog :))

Deb and ChrisPOA,
Both of your comments here are very well said!Both of you pointed out great points!! Personally, I do believe the Family believed in "HS," hook line and sinker. I know people are going to jump on me for saying that. Do I think Bugliosi might have known of possible 2nd and 3rd motives? Of coarse he did. He was a DA. That's what a DA does. He tries to prosecute.Regardless,thank God he got those freaks convicted.

And Robert, I always enjoy your comments here. I may not understand what you are saying half the time, but the other half is worth sticking around for. :-) It's awesome you share your thoughts here with us. Thank you for that

I recently heard a Bugliosi interview in which he said something to the effect of it was a very complex case and Helter Skelter wasn't the only motive or something to that effect.

Mr. Humphrat,
that is really interesting. Where did you hear he interview? Is it online? Ya, I am certain there were other factors.

I did a post last month on a 1976 Penthouse interview where Bugliosi gives three reasons why he thinks the murders happened. Perhaps this is what your thinking of Mr. Humphrat??

Yeah, that was probably it thanks Deb. He didn't mention a copycat to get BB out of jail though.

I have heard the bug a lot call the "primary motive" helter skelter and the secondary motive being to strike out at the establishment.

That would be that Charlie got upset by being treated like s*** at Cielo months before by that photographer of Sharon. Remember in HS Bug interviewed this guy and he told Sharon also saw the "weird man". He got so upset and hatred he used the Helter Skelter fantasy to deceive the other about the need to start it. IMO Charlie never believed in HS, just made that up to control the Family. It could be. But why would he wait months to begin?
Also, i think the idea of drug burn is possible but so far i never could put two and two together. It's all hearsay...

John i agree with you, i think Bug made what it was possible to do to get a conviction. Of course he could have other lines of motives to consider but i guess he just chose the one he could work with at the trial. He didn't even had the "obligation" to present a motive but had to do so he could link the defendants to the crime. Specially to convict Charlie.

It's funny, but even though I know Manson was a (rather intelligent) con artist above all else, I still find myself slipping and buying into the 'redneck idiot genius' image he and others have ascribed to him.

Like with this (very enthralling) account- my immediate reaction on hearing Manson read Nietszche and also was capable of having Intellectual Conversations On Current Events was: confusion. Because didn't Sanders write that Manson was "barely literate" and banned books from the ranch?

Yet in the same book Sanders also said Heinlein's 'Stranger In a Strange Land' was hugely influential on Manson's worldview. This is the problem with Mansomania, it's full of layers and layers of confusing bullshit you have to peel back- and then you just find more confusing bullshit (and more layers) underneath. I love it though.

Thanks for the great read, Deb. :)

Well it's happened here a man stabbed a woman to death then decapitated her shouting radical Islamic phrases in Oklahoma today.

And an 18-year-old ISIS fan stabbed two police officers before being fatally shot a few days ago here in Australia. In response a few mosques have been hit with graffiti and some protestor with a knife forced his way into a Muslim school.

That's what happens when you live in a country run by a terrorist government intent on imperialistically invading so many countries and slaughtering so many innocents.

Terrorism is a REACTION, remember...

Thanks Deb for the extra info on WANDA. She even mentions the BLACK Muslims - which makes the whole article worthwhile - to ME. In "Inside the MANSON Gang" I mention that Charles Manson could have simply been doing a FAVOR for his Muslim prison buddies. Coincidence or by design ? That almost always seems to be the REAL question in dealing with the MANSON mystique.