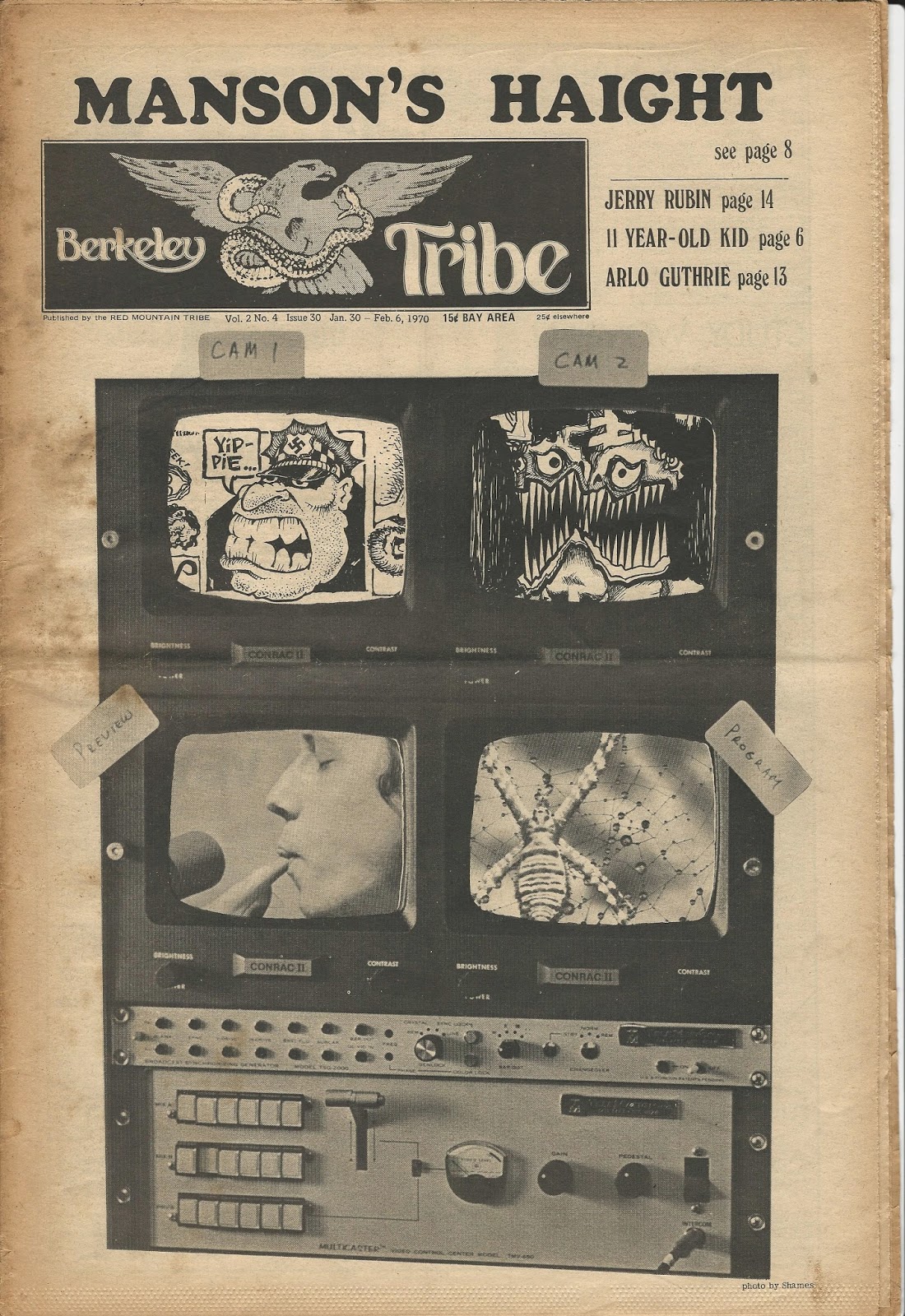 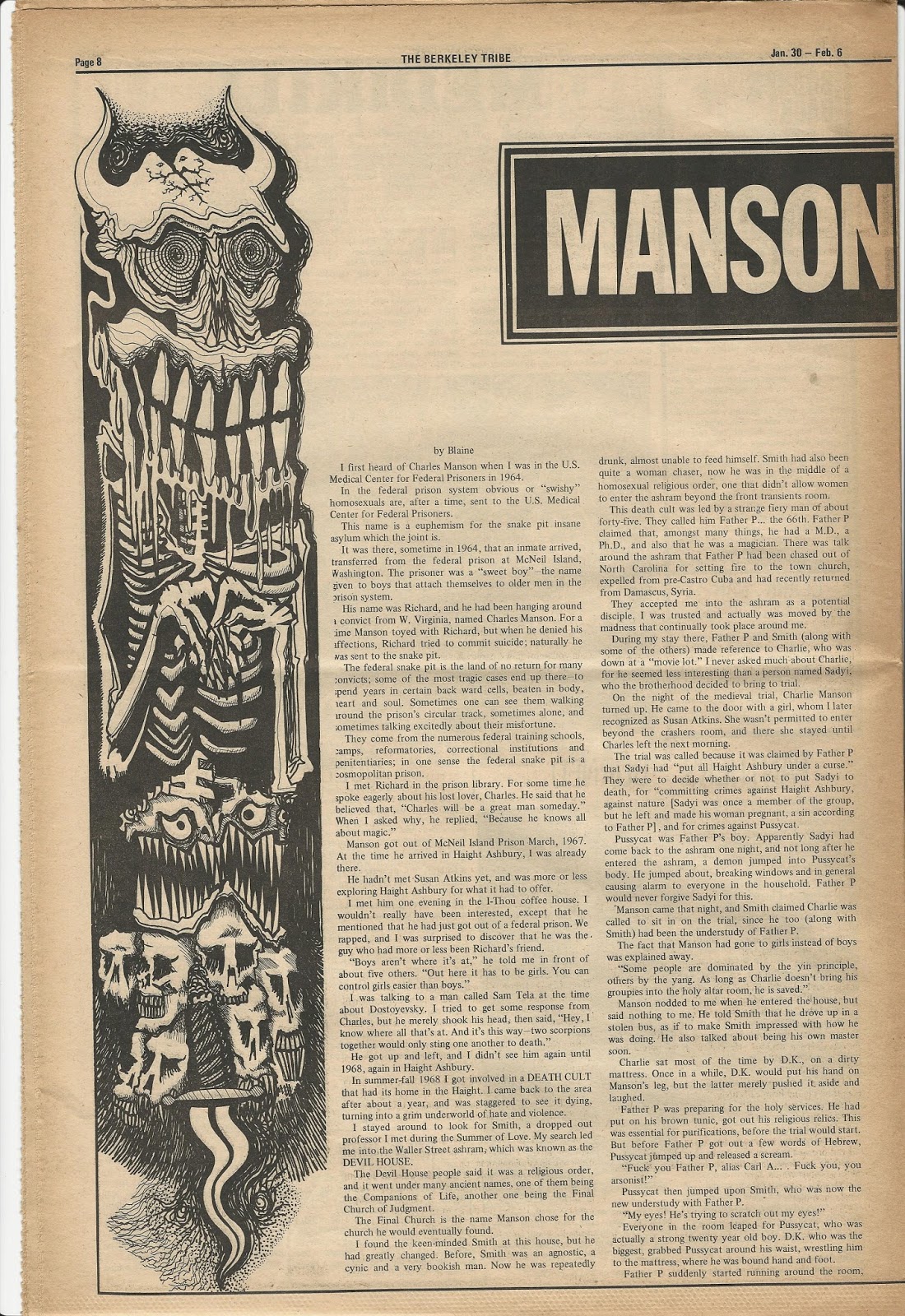 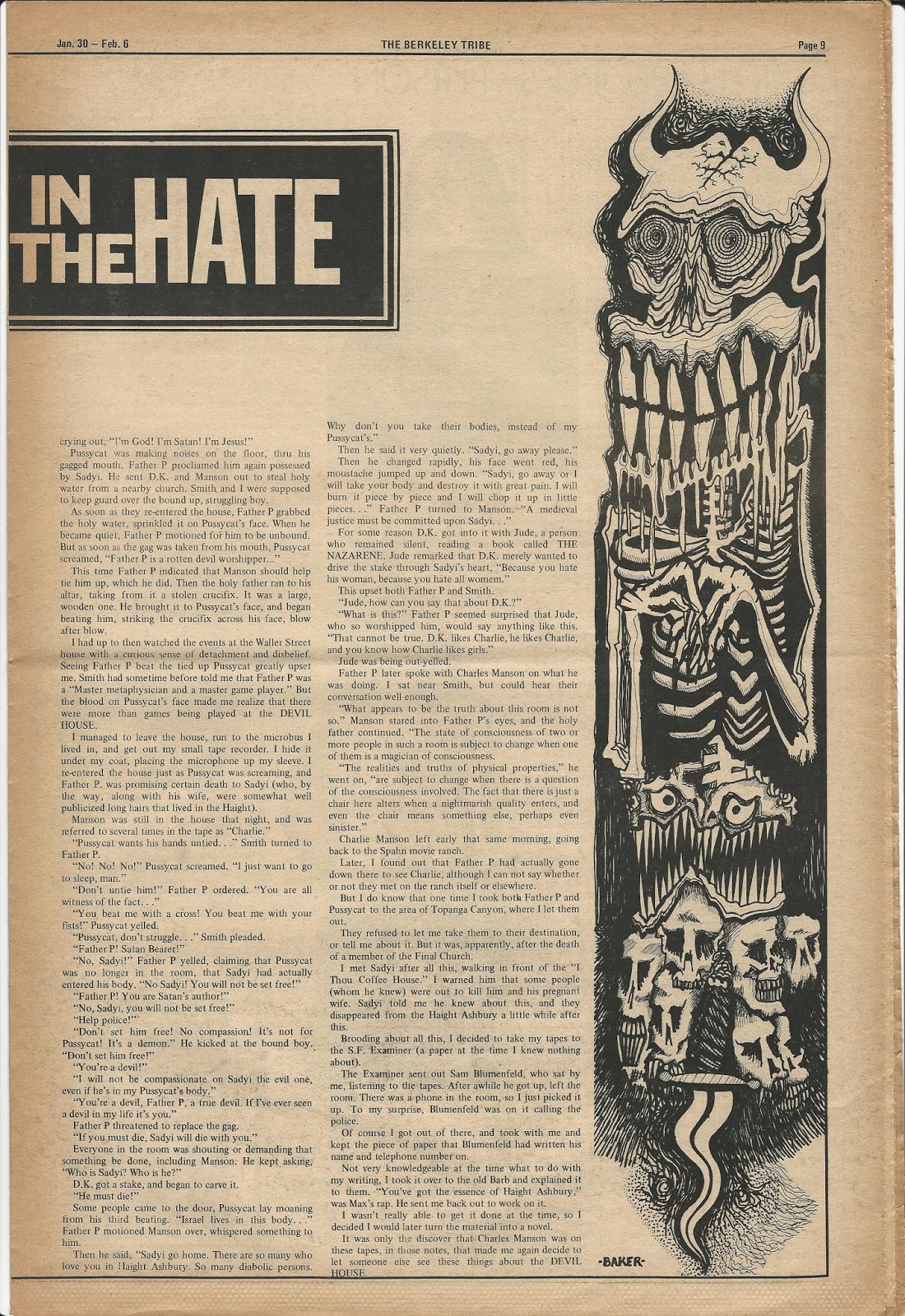 Guerneville, CA was then and still is a major gay party resort. It must have been freaking wild back in the day!

My family went camping there when I was a little kid. That area near the Russian River was and as far as I know still is a hot party spot for young and old alike. This is the first I've heard of the gay party resort. I guess it's not like spotting a toupee.....

I am not an attorney, a disbarred attorney, nor do I even play one on TV :)

But it would seem to me you cant stop somebody from printing something if it were so...

I know that when he printed Ultimate Evil- the author used Sanders a source many times, and Sanders printed quite a few things in his book which were far from proven facts...Neither of them seemed to mind printing things which were not confirmed or proven so long as they both had some relevance and were in keeping with the general themes of chaos and darkness.

But then again- there was all kinds of wild shit going on in that place at that time...

I know that the Fugs played some of the Acid Tests. Wasn't Sanders around the Haight during this period as well??

How do we know for sure it wasn't Sanders with father P during that ritual??

Is that why Terry was so willing to use Sanders as a source for all his Process stuff???

"This is a very complicated case. You know, a lotta ins, lotta outs, lotta what-have-you's. "

P.S.- what could make me think party more than hanging around gay people at a Russian river??

lol just kidding again :)
( I have no problem with gay Russians or rivers, and parties are my favorite activity)


Have a great Weekend all :)

Wasn't The Fugs a fixture on NYC's Lower East Side countercultural scene in the 60's!

Nice find - a copy of The Tribe with Blaine's Manson "article" in it! Appreciate the reproduction, thank you. Now to answer the rest of your question.

The author, Blaine, was a self-professed reporter for a number of underground/ counter-culture papers - notably San Francisco Good Times, where he worked under editor Richard Gaikowski. Internal evidence from this Tribe article positively identifies the author Blaine as Blaine Blaine, Purple Blaine, Zakatarious, Goldcatcher, etc. Compare names, traits, associations in this article and others about Blaine-Goldcatcher, with self-description and other evidence about Blaine-Tribe author:
- Both have written articles for Berkeley-San Francisco area underground papers.
- Both essentially live out of a microbus, Goldcatcher was in 2009!
-Both are obsessed with recording...anything...with a portable tape recorder
- Blaine-Goldcatcher has a history of attempts to "slander-frame" Richard Gaikowski as an associate of criminals and or being a psychopathic murderer-villain himself.
- Blaine-Tribe author talks about a "Richard" and slanders him as having been in prison and Mason's homosexual lover in prison.
-Blaine-Goldcatcher is homosexual, and in 1973 was the leader of a severely misogynistic Berkeley homosexual cult professing to worship The Golden Calf.
-Blaine-Tribe author talks about belonging to a homosexual death-cult, the setting for the "exorcism of Pussycat" story.

However, Blaine & Richard were never in prison together, Gaikowski was never Manson's gay lover nor in prison with Manson. I accept that Father P and Pussycat may have been real people as you say, because Blaine, Richard and Manson were...but given Blaine's "repeated pattern of bizarre behavior, self-promotion, and sensational stories", it's safe to presume none of the depicted events actually happened.
http://zodiackillerfacts.com/main/a-blaine-by-any-other-name/