Here is an article from the September 29, 1967 issue of the Berkeley Barb when Kenneth Anger first reports that his film Lucifer Rising is stolen.  It does not appear that Anger initially suspected Bobby Beausoleil of stealing the film.  There were thefts from other performers at the Straight Theatre around the same time, too. 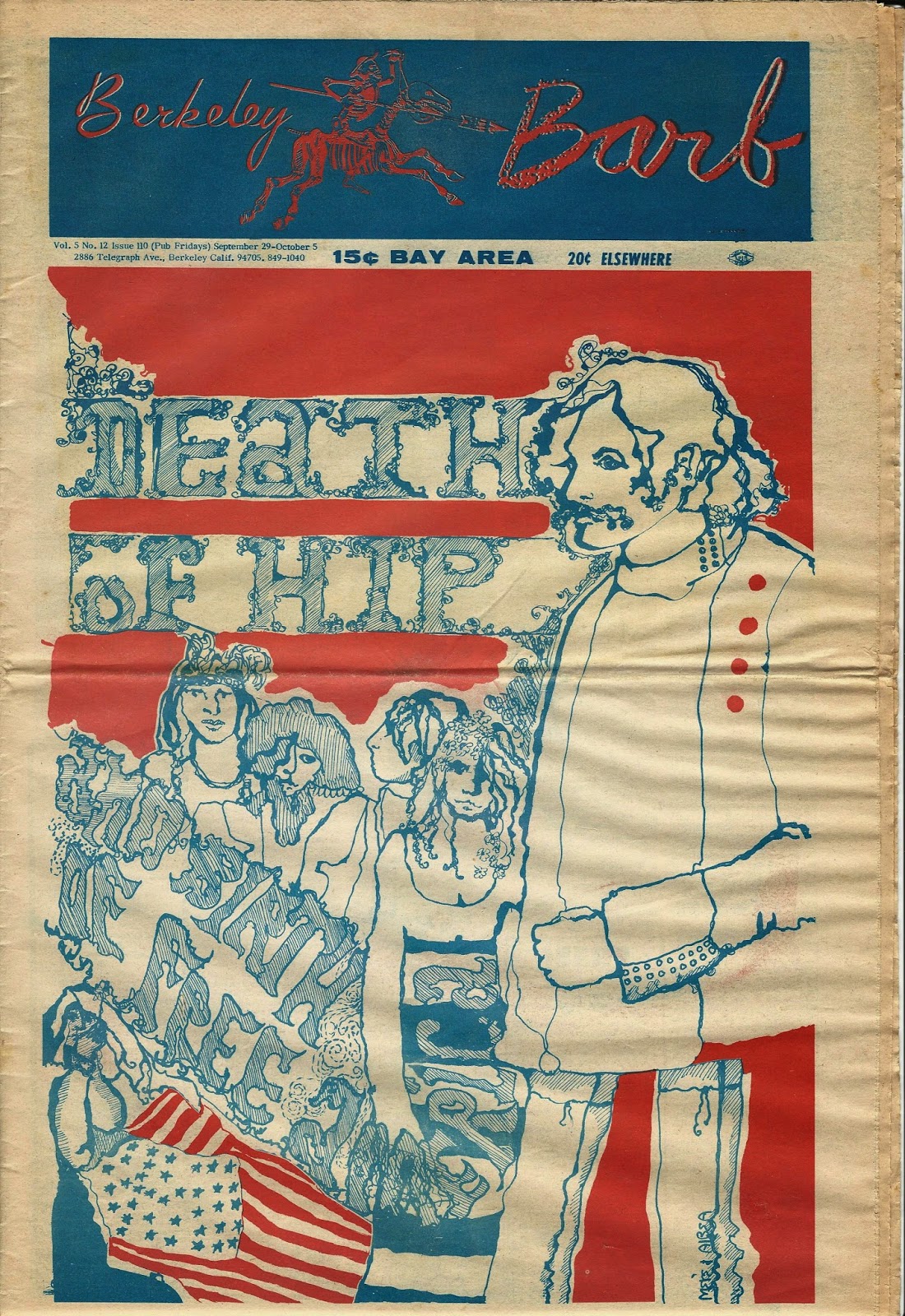 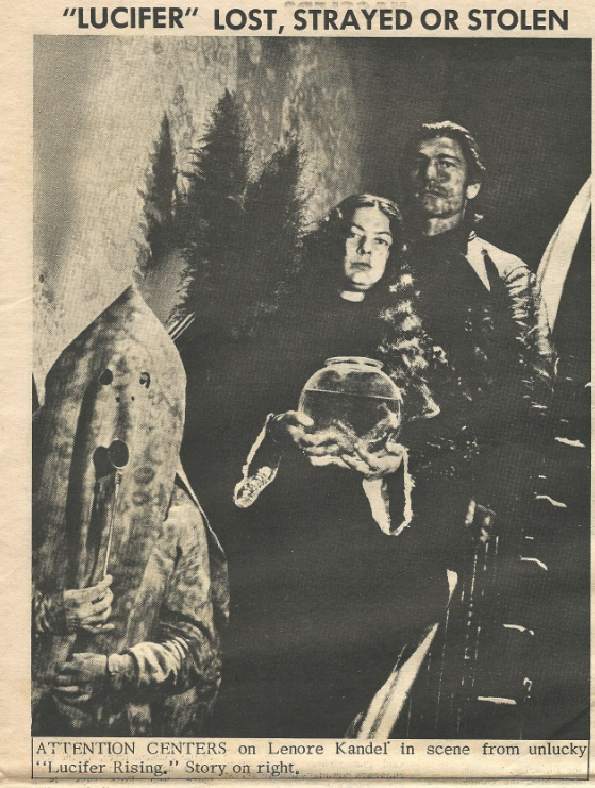 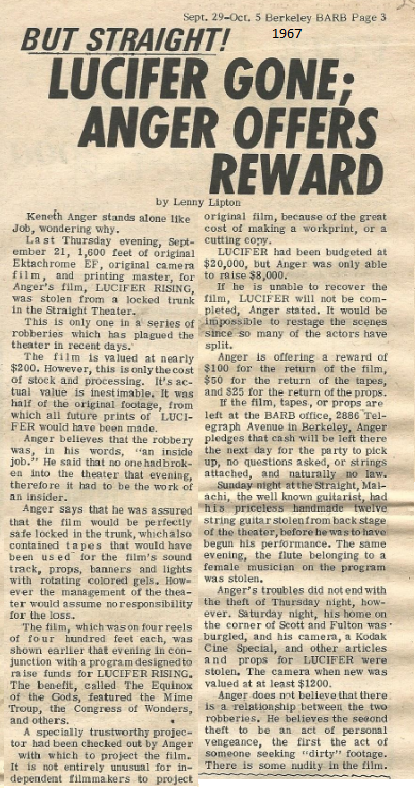 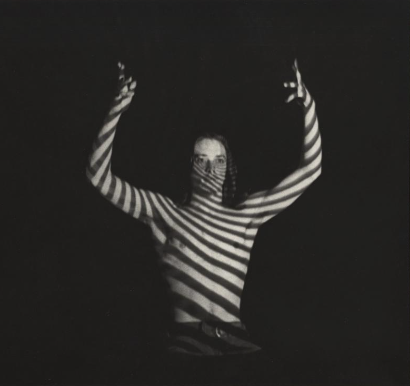 Lucifer was stolen that year- but that's ok because a Saint was born...

Happy Holidays to all!!

OMG St. I think you're on to something. Wasn't that the year the NEW messiah, pushed the stone away and emerged from the "Depths of Hell" - to start a new and improved world. And in September of 1967, I was released from the US Army to FILM the "second coming."

Chat Charlie: Listen to Manson's music, He refers to CONFUSION quite often. Maybe there's a relevant connection to the MANSON mystique. the St apparently found his "connection" and thus relevancy to the second greatest mystery of all time.

Anger blamed Beausoleil for the theft, right? The film was completed at some point so I assume Beausoleil found a way from prison to have it returned?

Can someone please fill the gaps for me?

Suze I know it's written up in some of the books. I think Anger went to Spahn Ranch or wherever the Family was and Manson told him he could have it for $10,000. Anger said hell no and later remade the movie with a different star. I don't recall if any of the old footage was used. Also Beausoleil actually recorded the soundtrack for the completed version from prison-they had made up in the meantime.

Alas RH, I too was born in the Summer (year) Of Love

Mr Humphrat, "hell no" must be such an Angerism, i'd imagine. I feel like Corey Feldman in The Burbs with this site

Christ! That IS Sadie ( clearly during her Satan's Zebra's phase ) We've all been there right?!

Did someone say The 'Burbs? Great movie. Citizen Cane in my opinion.