Collector Alert: Michael Channels is selling part of his collection 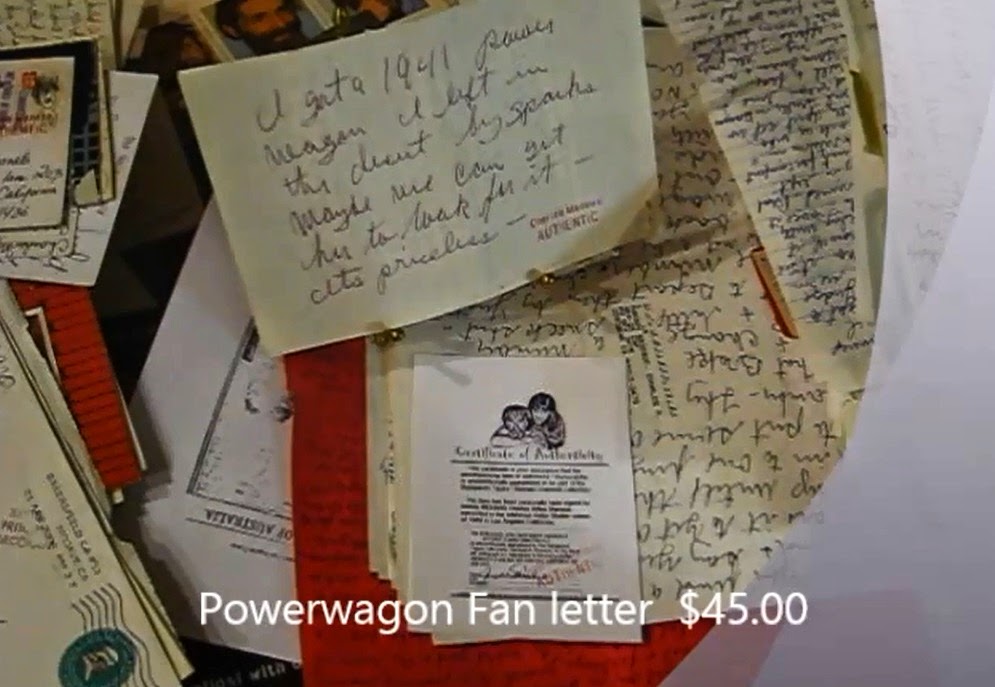 Michael Channels is selling parts of his collection off for cheap! Here is a letter from 1987 that comes with a certificate of authenticity, as does everything that comes of the back porch. Michael's stuff is guaranteed for real, and trust Patty, that is important because there is a lot of fake stuff out there. 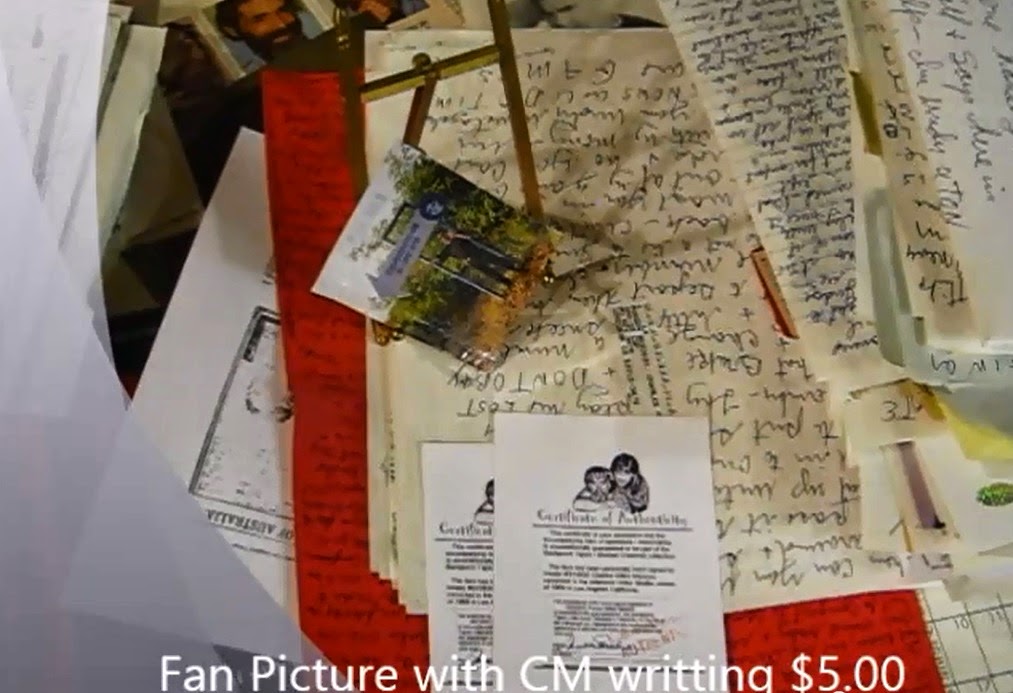 Here is a piece of fan mail from a guy in Europe that Manson wrote on. Michael is selling it for FIVE measly little dollars!! In the video he hilariously says, "Maybe it's you. You can get it back." LOL 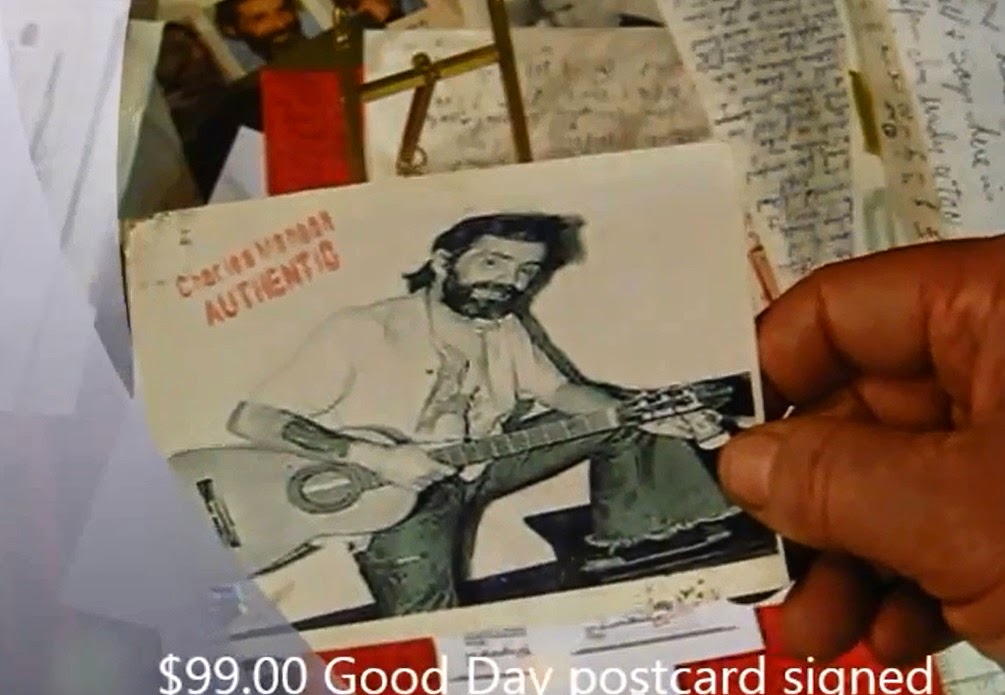 Why is he doing this you might ask? Because he has a ton of stuff and apparently is raising funds to one day add a book he is writing to the legion of titles published on the subject. It's bound to be a good one, Patty'd venture.

Says Michael,"If you want more, tune in later. Cuz I got a pile of shit to get rid of here, and its all going, Out the door. First come, first served."

UPDATE: at the time of this publication the items you see here have mostly been sold. However, do get in touch with Michael via the contact information he has in his video to be alerted to upcoming items he is ready to part with. This is one of a kind stuff, people.

What do you excactly mean by that Mr Hendrickson ??

Hans I won't pretend to speak for RH but I seem to be one of the only humans who understands him. Ha! He never means anything literally. He likes to toss out ideas in hopes that others will jump in and discuss. Sometimes he's misunderstood but that's the risk thinkers take.

It was however an unfortunate comment given the history. No offense, Mr H

Patty, when I was a kid I loved to memorize quotes. My absolute favorite was one by Eleanor Roosevelt. She said:

Sounds like an unfortunate comment on a piece of history, but it makes $$$$$ and sense for some.

"So what's LOVE got to do with it ?" Tina Turner

I am sorry for IF I stirred something up, I dont know nothing about, and therefore play No part in whatsoever.... But I asked that question because to me ,Micheal Channels dont seems to be the Guy who only wants to make money out of Manson.....

Hans, you certainly didn't stir anything up. You are right, Michael is a serious collector who's not out for the money.

Actually, this post got me to FACE my own situation. I'm now 70 years old and have a "shit-load" of MANSON related stuff.

So what can I do with it ? Give it to the Goodwill ? Bury it ? Put it in the BLUE recycle bin on the street ?

OH, Michael is "selling" HIS collection !! What a SENSIBLE solution to a somewhat difficult question. AND what the fuck - make some money at the same time to enjoy while I'm still alive.

BUT then I realized - it's ALWAYS the same for EVERY situation in a capitalist society - It only makes SENSE to monetize it.

Thank you Michael - I look forward to reading your book.

Maybe you can sign it for me at another MANSON showing.

@ Mr Hendrickson.
Whithout knowing you personaly, in fact not knowing at all , but when I did read your story above, what first came to mind was: Who did the work in collecting all the ,,Shitload,, of Manson stuff ?? So then who is the one who can just do what he wanted to do with it ?? As long as it keeps Fair & honest....?? I think than that is You, that has nothing to do with exploiting Manson,or about a situation in a capitalyst society. But ofcourse I am just a ,,By-Stander,, &far,far away from it all.

I always thought there had to be a secret cipher to understanding RH. That's a damn good one, Matt.

Michael channels is a righteous dude_@ltra