Goodbye Helter Skelter: Acknowledgements, Author's Note, Chapter One: "Preface" and Chapter Two: "Who Am I?" 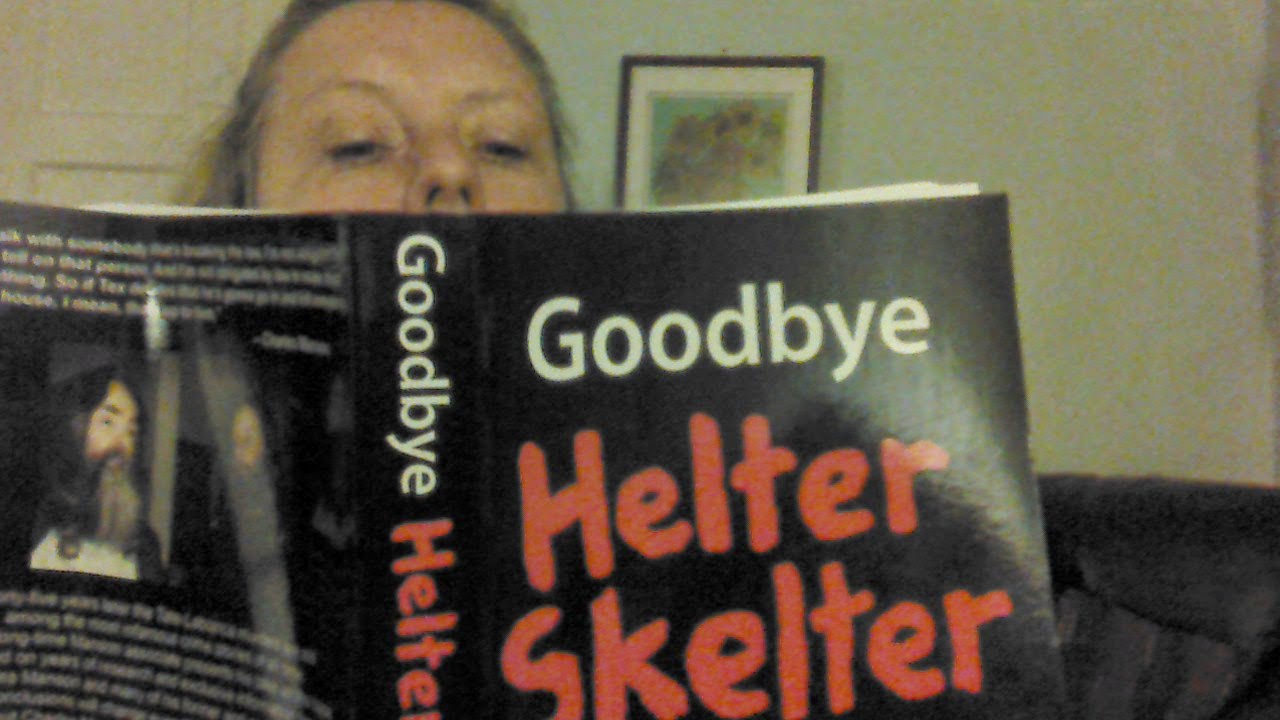 Patty is finally going to crank out a synopsis of George Stimson's very interesting book (which RFoster1 mailed to her) for you, the readers, one hunk at a time.  Enjoy, but please don't settle for just these Cliff's Notes (or Patty Notes as the case may be). Patty encourages you to think for yourself and to do that you must also read for yourself. Anywhoo, here goes:

Acknowledgements. George's acknowledgements read like a who's who of the Manson world. Patty says Manson here, not TLB, or HTLB, or SHTLB or what have you with good reason. Stimson is firmly on Charlie's side of the fence but please do not call him a follower, because he is not. More on that later. Anyhow, acknowledgements include his personal friends and associates, most of whom he has stayed with at least once and more often many times including Shreck and LaVey, Bougas, Aes Nihil, Emmett Harder, Walleman, Gillies, Bartell, Good, Fromme and of course Manson himself.

Author's Note. George writes that most of his book was already written by 1999. He has since done additional research but didn't change much of what he already had because "What was true in 1999 (and in 1969, for that matter), is still true today."

Chapter One: "Preface: Why Write This Book?" George claims that he intends to present a totally different, new point of view based on his 25+ years of research. He writes quite simply that "The premise of this book is that...Helter Skelter is a fantasy." A secondary premise he concedes might be that Charles Manson has no legal culpability for what happened because he was NOT the mastermind that Bugliosi made him out to be. Charles is not a nice guy, but neither is he "evil incarnate." The killers, he writes, have ceased to be mere criminals, but are now "monsters beyond human comprehension" presumably because "it is now more advantageous to keep Manson...locked up forever as a permanent sign that the authorities are doing their jobs." Finally, he asks of the reader, "If you read this book, please read it all."

Chapter Two: "Who Am I?" This chapter is a short autobiography and chronology of events that made George the Manson expert that he is, today.  Though more conservative than many of his peers, he was still a child of the times and admittedly "experienced" in the Jimi Hendrix sense of the word. George was a college senior majoring in German when Squeaky crossed paths with President Ford in 1975. He read Helter Skelter first, like most of us did, but found it largely unbelievable. He began to devour all of the movies and books and videos and newspaper articles he could find on the topic, and amassed quite a body of material. Sanders, he writes, was even less believable to him than Helter Skelter. Conversely, Shreck's first Manson File of 1988 made a lasting impression on him in terms of credibility and reasonableness. It was Shreck that ensured a letter that George wrote to Charles Manson made it up to the top of the pile. When Charlie wrote George back for the first time, he referred to him as Saint George, in case you were wondering where that nickname came from. About this same time, he helped to film the movie "Charles Manson Superstar" and can actually be seen in some of that footage.

In 1990, George was introduced to Sandy Good, who was looking for high quality videotapes which George was in possession of. At the time, Sandy was still on probation and living in Bridgport, VT. George visited her there and stayed for three days in the fall of 1990. Towards the end of 1991, Sandy finished her probation and moved to Hanford, CA. George also moved to California from Ohio by the end of that year and began writing to Lynette Fromme who was in the federal prison in Marianna, FL.

It was also in 1991 that George first began meeting with Charlie at Corcoran. Of their meetings, George says that he was personally transformed. Though their relationship was limited to the visiting room there, they met over 200 times in 10 years. George claims that he knew Charlie better than anyone aside from Sandy in those years. As a result, he became sensationalized in the media as a brainwashed follower, a white supremacist, a satanist, an arsonist, and a murderer. He was and is none of these things. He was insulted and threatened by strangers on the internet and in mailings to his home. His house was watched and filmed. He was interrogated by the Secret Service. He was even impersonated. This, he says, gave him a true appreciation for what Charles Manson and his associates had experienced for the past 30 years.

This last bit really gets to Patty because even writing for this little tiny blog, she has experienced a lot of these same things from total strangers. It is definitely transforming. Patty is developing sympathy for George already after just the first two chapters, and can't wait to read what he has to say next.  Tune in next time, won't you? Or better yet, get yourself a copy and we will all discuss in the comments.  Until then...

Thanks Deb havent read it yet..no acknowledgments to Star or Grey? Are they even mentioned in the book?

Haha no problem Candy. No, Star and Grey wolf are not acknowledged.

patty...could you please give a brief profile of Shreck? I take it he is one of the long time Manson experts but I don't have a sense of who he is.
Does George mention other visitors who were there during his time? I've always wondered if any actual Family members got in to see Manson. I thought maybe Cappy or Stephanie might have given it a try.
hi Candy...sorry we never did the Superior thing. Over in Virginia Mn now.

Hey Leary, what up! Schreck has his own website if you care to check it out at http://nikolasschreck.eu/

As for who was visiting at the same time as George, Patty doesn't have a sense of that but she is only a few pages into his book. Let's see what unfolds. :)

Thanks Patty I might give this one a try considering all the inside contacts he had.

On second thought I just read a lot of the dialogue from Matt's book review last July and it may not be worth the time to read it. Maybe some day.