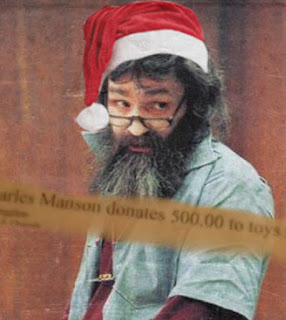 “You know what the spirit of Christmas is? It's another lie, from the lyin' pigs that consider me the witness-!”


'Twas the night before Christmas, and all around Spahn
No-one  but the Family were lurking, for the ranch-hands had all gone ;
The next day would bring a big holiday, yet nobody seemed to care
Instead, those awake were all wondering when Charlie would be there?
The children and babies were sleeping, gently spread out on the floor,
They laid on towels and blankets in a musty room that had no carpet nor doors;

And Squeaky in her 'kerchief, and with Clem, Country-Sue, Tex and Cap, had spent the day mucking stalls, and were crashed out in a corner, falling into a nap‍.
When out in front of the saloon there arose such a clatter,
They jumped from the mattress' to see what was the matter.
Away to the boardwalk; with glee they flew like a flash,
As Sadie ran to a trailer to grab the bag with the Family stash.
The full moon shined big and brightly in the Southern California sky,
Giving the luster of mid-day lighting to the landscape, which was freaky to all of those who were high.
When, who to the delight of all the tripped out stoners should then appear-
But a miniature- little sinister devil, with a joint tucked behind his ear;
With long flowing black hair, and his eyes so dark, scary and gnarly,
You can tell within a moment, this is the arrival of Charlie.
More rapid than flying eagles, his followers then they came,
And he whistled, and he shouted, and he called them out by name:
"Now Leslie! Now Katie!  Now Brenda and Paul,
On Bruce! On Sadie, and the rest of you ‘all!
To the back of the ranch! Let us head to the waterfall!
Where we will all go take drugs together, and then get naked and Ball!!"

As dry leaves that before the wild hurricane fly,
The family headed, through the woods, towards the water under the star-lit  sky;
The men seemed more eager, so with no haste they flew,
This was not about toys or games, these dudes knew they were about to get blew:
And then in a twinkling they arrived at the spot, they all got undressed-
then the girls rolled the pot.

As Bruce was getting head, and was turning around,
He was the first to see Charlie come jumping down the hill with a bound:
He was dressed all in leather, but wearing shiny red cap,
And then he too got naked, while laying out a long Holiday styled rap.
When he was finished he put one of the new girls on her back,
And he looked like an animal viewing his prey before the attack:
His eyes‍—‌how they twinkled! His smile: oh how merry,
His cheeks were like roses, for he was about to take another cherry.
His droll little mouth was drawn up like a bow,
And the beard of his chin was starting to grow stubbly and a touch of grey showed;
When finished he took a toke from the stump of a pipe he held tight in his teeth,
And the smoke encircled his head like a psychedelic Holiday wreath.
He had a satisfied and happy look on his face,
Then he smiled and laughed- as he knew that he had his run of the place. 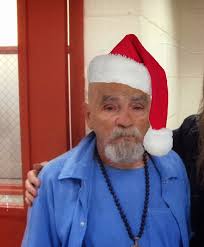 It is so messed up that so many people followed this sad little elf,
That I sometimes I am resigned to sigh and laugh about it in spite of myself;
A wink of his eye and a nod of his head
Were capable of causing so many people, so many things to dread.
He sometimes spoke rapidly, and others just a few words...
And he filled all of his followers minds with the ideas that they heard.
And when he no longer needed them he stood up and rose, He once again would leave them to sort out the lines he had blurred.

He sprung up on a motorcycle, and to his team gave a whistle,
And away they dispersed into the night, his little flower thistles:
But I heard him exclaim to them, as he peeled off out of sight‍...

“Clean up the place, feed the horses and have dinner ready by the time I get back tomorrow night” 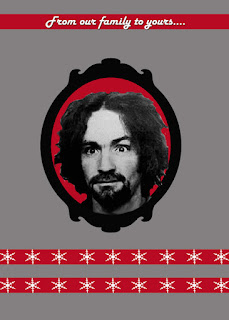 Mr. Trump has given the all-clear to say 'Merry Christmas', so I will. With a 'shalom y'all!' thrown in to insure balance.

What a lovely Christmas poem. Even though I don't comment much (best to leave it to the experts), I follow this blog from day to day & I have learned so much from y'alls perennially well-informed posts and discussions.

Merry Christmas & a happy new year to all of you.

Happy Holidays to all the great people who Run and contribute to this excellent forum!

Much love to all of you and I hope everyone has a fantastic weekend and Holiday!!

Merry Christmas to all of our readers and much appreciation for those who contribute to the dialogue. This blog has been a great diversion to me for many years. Here's to many more!

Merry Christmas to all

"Hey. Who shit in LBJ's stocking?"

He got away. Quick! Check Bug's stocking!