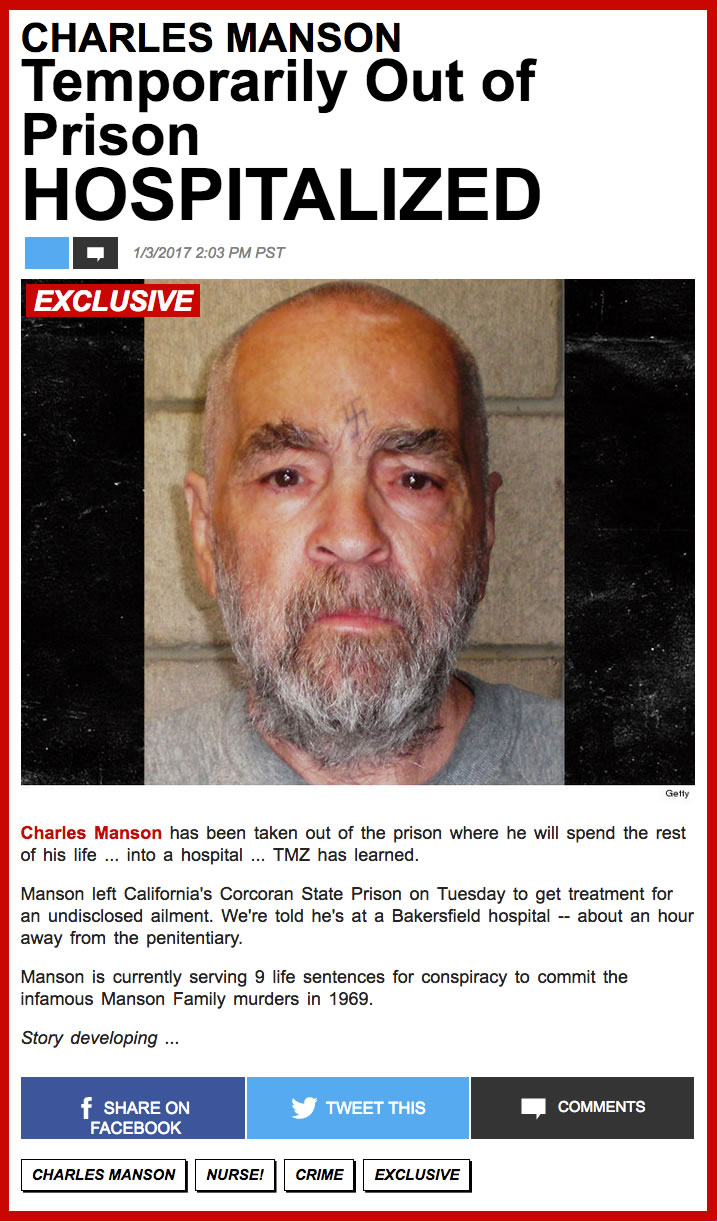 Mary Brunner and Sandra Good were the only other Family members with children.
I'm not at all certain that there's any record at all that outside the penalty trial, Bugliosi ever even spoke to Mary Brunner. When speaking to Laurence Merrick {as recorded in "Death to pigs" pg 172~6} Mary says a lot about how the women of the Family were leaned on by LE. She says that first they'd be threatened with the gas chamber then if that didn't work, they'd be threatened with having their children taken away. Mary does name names {Guenther, Whiteley, Burt Katz} but Bugliosi is not among them.
It is interesting however, to note that Mary was being leaned on to provide hard core info on Bobby's involvement in the Hinman murder ~ a murder he subsequently admitted to and one that both Susan & Charlie have said he did and both Bobby and Susan heavily implicated Mary in one way or another. Furthermore, Mary had been in trouble with the law regarding her baby as early as April '68 and that is the month her baby was born !
So one needs to look at her words carefully and ask if LE were out of line to say to her that she would be gone after and possibly end up in the gas chamber unless she cooperated. Because that is what may well have happened had she not so it's not as if they were lying to her. When she was relaying these to Merrick, she was clearly lying ~ for example, she said that they told her about Hinman's cut ear {how could she have missed that !} and what the ear was sown up with ~ but no kind of suturing was even found. She very much tries to give the impression that she had been unaware of these things which brings me to the point that it is constitutionally permissible for the Police to use deception and trickery as long as it doesn't lead to an innocent person confessing to a crime they did not commit. Mary's son was in the care of her Mum ~ in fact the '68 charges against her were reduced and Pooh returned to her because she said she was taking him home to Wisconsin. He had been taken into care prior to this. So regardless of what the cops said, her son was not going to be taken from his family and put in the care system. It was also somewhat disingenuous of Mary to talk about how LE would "fuck with your head" regarding the kids because the women in the Family didn't look after their specific children anyway and were all of the mind that the father of the child was irrelevant. One only has to look at the way they subsequently showed their caring of their kids ~ Sandy gave hers to someone else to bring up, Mary ended up in jail for a long while after the Hawthorne robbery and Susan was in no position to look after Zezo or have any real say in who looked after him.
On Sandy for a moment, she was hardly coerced into testifying. In fact, when Bugliosi didn't question her during the trial, she apparently got angry with him and wanted to know why he hadn't asked her any questions !
When the point is made that Bugliosi threatened the women with their kids being taken away, it can only stand if a] it is true and b] the children in question would have been taken away from caring Mums that were giving those children something far better than what they were purportedly going into. The latter certainly is not the case.

Harold True however does say that Bugliosi threatened him with being charged with conspiracy if he didn't cooperate. Unfortunately he never goes into detail as to how it all came to be or the context. It seems like a dumb thing for Bugliosi to have done if true {no pun intended} because True's whereabouts were fairly easily traceable from the fall of '68 through to August '69 and True spoke at length to Aaron Stovitz in late January 1970, the whole conversation of which can be found at CieloDrive's site.