I really haven't been able to think of anything creative or spunky to write on this blog for a good while, so I'll just spew out whatever pops into my "lopsided-thought-chamber-brain repair-center." Oh, if you are wondering what that means, that was Manson's description of someone's brain. Perhaps I will be reinspired again when I join the Mansonblog team on their 2018 tour! Yes, you read this correctly. Austin Ann will be leaving her beloved Austin to fly into the bowels of L.A. to meet/greet Matt & friends (and perhaps a single dude) for the first time......Austin Ann is now Divorced Ann! :-)  In closing, how about some photos to enjoy. I hadn't seen these, hence the reason for posting them. Enjoy, people:

The latest of Capistrano "Cappy" Gillies looking like she was caught off guard: 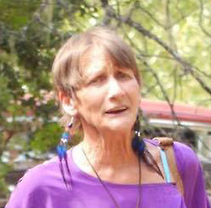 This, in my opinion is the best photo I have ever seen of "Mother Mary":
(Is that considered sacrilegious?) 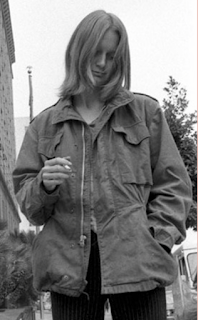 Here is one of Charlie I had never seen before.Was he reminiscing about all the hard work he used to perform at Spahn Ranch? Wait a minute, he never did any work, did he? Sorry, my mistake: An absolutely lovely photo of Miss Sandy Good. Did this chick ever take a bad shot? I don't think so! 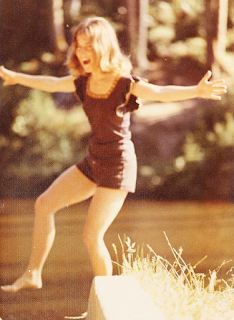 See what I mean. Even in the "Now" she looks hot! 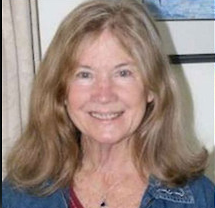 I used to think this photo was taken when Susan "Sadie" Atkins was taken out of Sybil Brand for the day, so she could assist with the investigation. I even did a posting about it, where I was thrashed by the readers who disagreed with me. What's up with the cat? Where the hell was she? 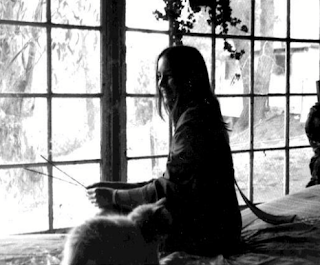 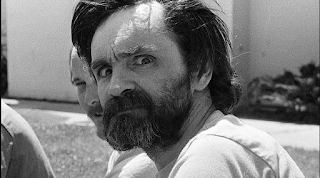 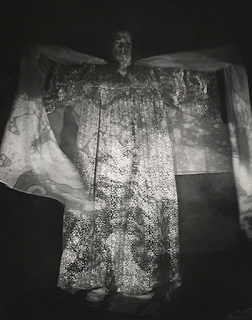 And now....for the good stuff. Ooh La La! George Spahn wasn't too blind after all, was he? WOW! 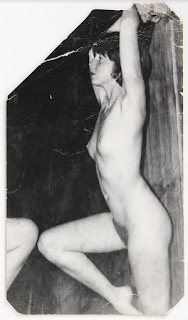 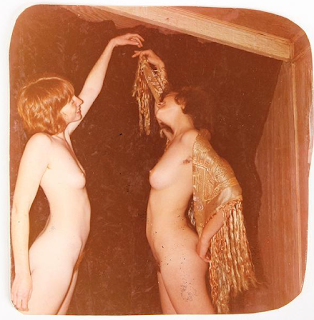 One more for the road: 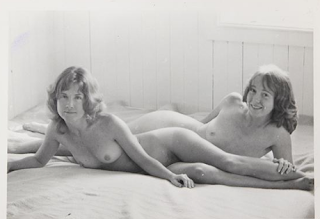 Manson and his ever changing prison coiffure: 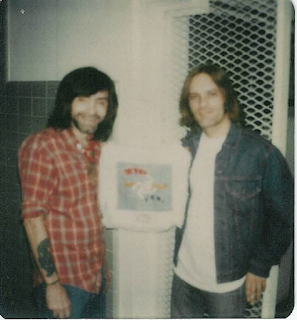 Even as a child, Susan Atkins had some scary-looking eyes in my opinion: 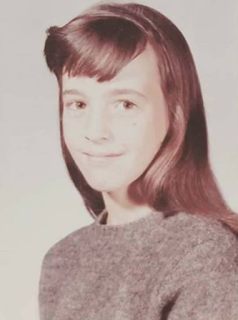 Arrested for the Willett murders, and not looking too happy: 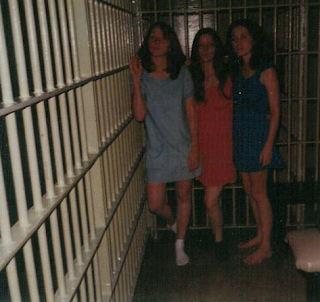 Just another day at the office for Manson in prison: (dude in middle looks like serial killer Rodney Alcala, right?) 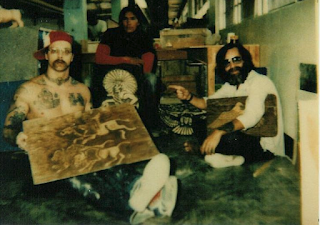 I cannot recall ever having seen this picture of Clem sporting some serious "Moe" bangs: 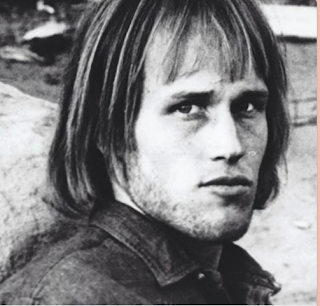 Most girls would kill to have eyebrows that arched that high: 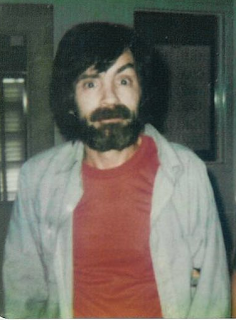 What in THE HELL was Kitty Lutesinger thinking? By that time, hadn't she fled from those people, and sung to the cops? Why did she go back? Continuing on, what, one wonders were they so amused at in this photo. I would've thrown rotten eggs at them from a passing car.....just sayin..... 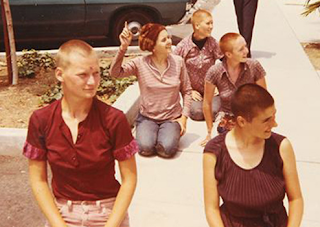 Supposedly, this photo was taken by Charlie with a stolen Polaroid: 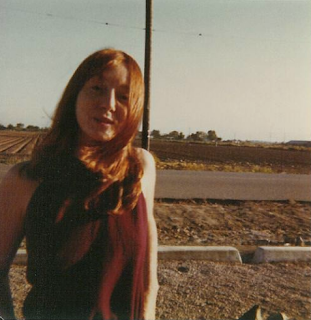 I never realized how pretty Ella Jo Bailey really was. What a smile: 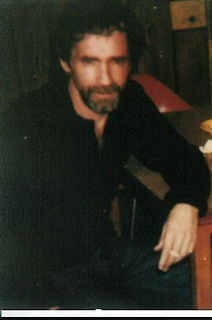 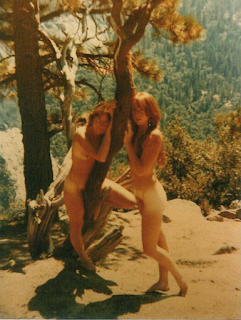 Wonderful pics -- don't think I've seen any of them before. My comments:

> Cappy -- sure has a thing for purple (purple hair earlier).
> Krenny -- Can't see sandals well, the white smock wrapped around the chair arm a little weird.
> Mary -- the one of several who got away but nice shot.
> Sandy -- Stimson's girl.
> Squeeky -- in her prime, what a waste.
> The rest good too.

There's two with Sandy & Sqeeks -- at least one looks like part of a series (two others I've seen floating around) requested by Charlie while in prison to use as trading material as in covering his ass.

But who is that with Squeeky in the sepia (brown) toned pic ?

Hi, the Photograph of Susan Atkins sitting on a Mattress with the Cat....That was taken I believe on December 15th, when Susan was taken out of Sybil Brand to help look for evidence in the Case. The LAPD did take Susan back to Spahn Ranch, where I believe this Photo was taken.

Thanks Austin Ann these are great. So was Charlie on a tractor in prison?? That's suprising. Robt C. I think it's Sandy with Squeeky in the sepia toned one if you mean the last one. I don't know who's with her in the Willit murder behind bars photo-maybe Brenda?

Damn Mythos, that is quite a collection! Some questions: I'm guessing the multi-women shots including Squeaky and Sandy are in prison? I didn't think they were together in prison. Who is the skinny man with goatee with Sandy in several shots-not George Stimson is it?
Comment: I noticed in a shot with Nuel Emmons and Charlie Emmons was writing notes down. I thought he had to remember their conversations and write them down later.
Another observation: One shot of Tex made me think Tom Selleck could have played him back in the day.
Also, Squeaky knew how to take a sexy shot. And you can see from her early life she was a natural performer and it shows in the Manson movie and elsewhere.
Cappy have dentures maybe?


Is this Bruce Davis or Robert Conrad?

Mr. H. said : "Robt C. I think it's Sandy with Squeeky in the sepia toned one if you mean the last one".

Yes, the brownish one where they both have their hands raised and are standing. It's labeled as Sandy but Lynette was always taller and slightly larger framed than Sandy. But in that pic maybe they are not standing on level ground.

Behind bars it looks like Squeaky and Brenda on the right. I don't know who the middle woman is.

I've seen a lot of those pics few weeks before they appeared here check out Mansonfamilyutopia thumblr. Good source for pics some I've never seen before.

Is that Michael Channels in the Denim jacket with Manson

If the 'nudie' pictures were taken to give to Manson so he could 'sell' them in prison or....ah...use them. I have two things to say:

Once a pimp always a pimp and

What's wrong with you? (Sandy, Squeaky)

Great pics Ann!
Anyone remember the 1970s Charlie's Angels episode called "Angels in Chains" where the the angels went undercover in the women's prison? That's what I thought of when I saw the photo of Squeaky, Brenda, and the other person behind bars. In the TV show, Farrah Fawcett, Jacklyn Smith and Kate Jackson would've walked right in there and whooped their butts. In real life? That pic scares the crap outta me.

Monica, I *think* that pic was taken during their brief stay at the Inyo County Jail.

That’s in Stockton for the Willet murders. The other girl is Cooper

I didn't know Susan was taken back to Spahn Ranch by the cops. I knew they took her to the crime scene, and around Beverly Hills, but not the ranch. Wow. I learn something new about this case daily!

cielodrivecom said... "Hump, that’s Mason"
Cielo, I'm not sure which of my Questions you were referring to and did you mean Manson or Mason? thanks

Hi Austin Ann, yes that Photo of Susan Atkins, I believe is at Spahn Ranch. I read once, they took Susan to the Creek Bed in the back of the Ranch and to where Shorty Shea was killed and other places. Amazingly, there were other Photographs taken of her that day...only 2 in the past years have surfaced....Thomas G.

The Photo of Lynette, saying it was taken by Charlie with a Polaroid is not correct. That was taken in the early 70's....Charlie was on Death Row at that time....

Sorry Hump, I was referring to the skinny man with goatee with Sandy. That’s James Mason.

I saw the Lynette photo somewhere online, and it had that caption about Charlie taking the photo. Obviously, whoever wrote it was wrong.

I read somewhere that Sharon Tate took in a stray kitten on the day she was murdered...I wonder if that is the kitten in the picture with Susan...intetesting...