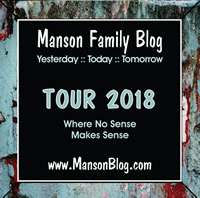 Frankenstein! Sly Stallone! You get more points for killing old people!
Never heard of it.

How about the video for Edgar winter s Frankenstein where he's playing a synth strapped around his neck, then sax, then drums: badass!

Dreath is a badass driver. It was just like the movies! Especially when a complete stranger pulled us (him) over on the LA freeway for his antics, and Dreath stared him down and told him to turn around and walk away...just like 007 would have done. Or Chuck Norris.

Monica,
Was the stranger who pulled Dreath over an officer of the law or just a concerned citizen?

Dreath has never had an accident or received a ticket. Although Matt attempted to break that streak at one point.

I believe the concerns with his driving are being greatly exaggerated.

Orwhut, the stranger was a concerned citizen who accused Dreath of hitting his car and scaring everyone on board. I was in the car and didnt see or feel an accident. The "concerned citizen" was obviously looking for trouble or money. Dreath is so badass he has that affect on people.

Monica,
Thanks for filling in the details. Dreath sounds like he could have talked Tex out of his knife.

Does Patty have David talking about Dreath in third person? Lol

I did that for you Patty.

David said...
Dreath has never had an accident or received a ticket. Although Matt attempted to break that streak at one point.