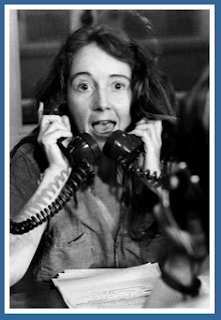 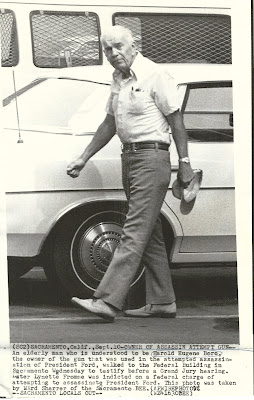 Does anyone know what happened to The Book Of The Dead?

The Mansons remind me of a pod of whales deliberately beaching themselves. Or it's like watching a train wreck in slow motion.

Having said that, I think 30 years was way to harsh for what Squeaky did. But having the Manson name attached to your crime is like the kiss of death.

I have always felt and even more so after reading reflexion that those few years of the Manson family were the happiest times of Lynette's life. After the arrest and the convictions, as the family drifted apart, I think that was really hard on her and she needed to keep it going. I have always felt bad for her in that respect. She just can't let go of those couple years in the late 60's. First the feeling of family, drugs and fairy nymph fantasies to the notoriety from the media, well documented in the early 70's documentary. Squeaky and Sandy felt a need to keep it going long after everyone else moved on.

What other book is the Guy talking about ?? Other than Helter Skelter ?? He says ,,The Other Book is kinda ,,forgotten,,

The Book of the Dead is a book that was being written by Lynette and Sandy about Manson, their time with him and the general ideology of the group. It was seized as evidence when Sandy was arrested in 1972 for skipping bail on a charge of harboring a fugitive.

Sandy was arrested in San Francisco, the charges were filed in Portland OR. No one knows for sure what happened to the book but it's likely that it is still in the hands of law enforcement if it hasn't been destroyed.

HellzBellz, the guy might be talking about 5 to Die by Jerry LeBlanc and Ivor Davis. It was published in 1970.

Just finished reading CHAOS the 20 year in the making book from "journalist" Tom O'Neill. I am going to have to sit with it a few days. We already knew it would disappoint but I am kinda stunned. It's like a dozen chapters and each one contains one main item ( a few of them very interesting and relevant, some of them purse nonsense) which he focuses on- and then never ties anything together. NOTHING. He literally ends the 400 + page book with " I have more reporting to do" FFS

For at least 15 years I waited to hear his
" I got Terry Melcher details on a secret roof meeting" And it turns out it wasn't a roof and he got nothin.

Good news for Lulu? Cuomo seems to be releasing everybody.

Does anybody remember what excuse Boro gave for giving Squeaks the gun?

Was he talking about Sanders book, it came out before Bugliosi's.

Does anybody remember what excuse Boro gave for giving Squeaks the gun?

According to the Jess Bravin book, Fromme asked Manny Boro if he could get her a gun for protection. Manny went to his closet and pulled out his Colt .45 semi-automatic, made in the first decade of the 1900's. He showed her the whole workings, how to load it, clean it, etc. He then had misgivings about giving it to her and put it back in the closet. He told her that wasn't a good gun for her, and had her look through a gun catalogue and told her to pick one out. When she asked if he'd get her one soon, he hemmed and hawed, so Squeaky got up and went to the closet and got the Colt back out. She stuffed the gun, holster, and 25 cartridges into her handbag. Boro protested, and told her he'd buy her a gun she liked from the catalogue. She asked him "you will?" and he replied "yes". She looked at him for a minute, then walked out the door with the gun and accessories. A little later, Boro told his daughter-in-law that Lynnette took his gun and he tried to stop her, but she just left. The daughter-in-law told him to call the cops, but Manny said he was scared to death to do that. However when he saw Squeaky again later that week, he didn't ask for the gun back, and actually wound up buying her more ammo for it. His main concern, he later said, was to keep her happy.

Are you reading the edition with the sixty pages of footnotes for I am finding the information very interesting.

Thanks for the rundown, Gorodish. Though, frankly, I find the story to be rather unlikely.

In the two phone photo, Squeaky looks to be having the time of her life with all the attention she's getting.

Thanks for the rundown, Gorodish. Though, frankly, I find the story to be rather unlikely.

I think he probably had reservations about letting Squeaky have that gun, but with him being 66, and sleeping with the 26 year old Fromme, his reasons for letting her keep the Colt .45 are most likely the same as George Spahn's reasons for letting the Family live at Spahn Ranch.

Huh? She was sleeping with him? Where do you get that?

She was sleeping with him? Where do you get that?

Cats- mine does not have the footnotes only spaces for them. IT is interesting if you (and I) are TLB nerds. But finish it- he never adds up a thing!

Gorodish said...
"Again, the Jess Bravin book. Manny confided in his daughter-in-law about sleeping with Lynette and even showed her nude Polaroids he took of her in the shower."

Shit, he's lucky she didn't take his gun and shoot him with it first before going off to hunt the bigger prey.

To 66 year old Boro, maybe Squeaky was like a "young love." Or maybe Squeaky don't squeak unless she first smells BenGay and Preparation H. Or maybe George Spahn just trained her well.

So is she sweet, innocent little Lynette, taken advantage of by older male predators, or is she Squeaky, cruel manipulator of lonely old men? 'Cuz I see a pattern here.

Col- I am admittedly a nerd of the highest order concerning anything TLB. I will continue reading over the long weekend and let you know my thoughts.

As far as adding things up- if he did add things up and not to your liking, would you have a problem with that? Or is it a bigger problem because you feel he did not? (not saying either way right now if I believe he did, I must finish first).

My thought is that this late in the game and with people dying, there probably is no answer in sight. And even if we got the truth, would we believe it when the past is full of lies and subjective viewing?

As always, much love to you and yours.

Starviego said: "So is she sweet, innocent little Lynette, taken advantage of by older male predators, or is she Squeaky, cruel manipulator of lonely old men?"

**Back then** I see the insecure girl and also the aggressive, homicidal posturing. Since Manson was very protective of her it's hard to imagine she would have any sexual activity with these older men unless so directed. Just my guess.

@CATSCRADLE Along the line the truth is told a Few times Maybe.... But with so many Lies and ,,Opinions,, so many years ...We just didnt catch it ...Also Remember ,, Beware of Half Truth , You might got hold on the WRONG half...

Well that really sucks. I was thinking about pre-ordering it soon and maybe I'll still get it just to read it for myself. A lot of the rare documents seem promising or at least interesting.

Can you imagine wasting your life for a creepy freak loser like Charles Manson? Squeaky is a legit waste of space. She's definitely touched in the head.