The Col Presents: The Last Word on JAY SEBRING... CUTTING TO THE TRUTH

In 1985 I came to California to get a graduate degree from USC.  I knew absolutely no one and had only enough money to get a small room in a roach infested “graduate” apartment building eight blocks from the campus.  I didn’t mind, I was away from home pursuing my dreams.

I didn’t have a car yet and, after orientation, school would start in another week.  Plenty of time to read large books, go to the cinema and explore the area.  Although then as now the area near USC is shit.

Hell, I thought one day, I am going to the Cinema School and there is a Cinema Library and I am in fucking LA, Hollywood adjacent.  Let’s check it out. 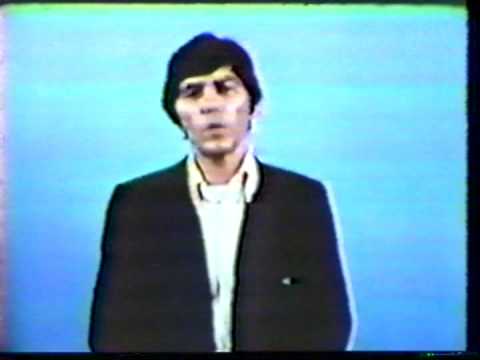 At the time it was a small space.  It had lots of cool movie star bios and other things along that line.   Good reference materials for film students.  I quickly learned that they had “files” on many subjects.  Like if you asked for the Errol Flynn file they had several folders filled with clippings of articles and photos.   Thus you could read about Flynn’s abuse of underage girls, his movie stardom- or even learn that he had once been an actual slave trader!

Even in 1985, learning these files existed, I only wanted to ask about one- Manson, TLB. Tate.  Years before founding the ONLY official TLB Blog I was still obsessively bothered by the case.  I had not learned that BUG had committed perjury during a capital murder case, and was in fact a sociopathic liar.  But I knew something was wrong.  No way this Helter Skelter shit was the motive.

I spent several hours going over the files and learning nothing new, although as Deb will tell you primary sources are the most accurate and fascinating, being up close time wise to the events occurring.   As I was set to go probably eat a shitty cheeseburger, a fellow student, undergraduate, came up and said “I understand you have the Manson files”.  I said yes, I was finished. I handed them to him.  He was younger than me, but equally new.

Awkward.   Although weird juxtapositions would come regularly in the future as effortlessly, I was three days in LA and without trying met one of the victims relatives.  I quickly did the math, was uncertain, but doubted the guy really knew his Uncle before he was slaughtered.

As Patty will attest, I do have a habit of sticking my foot in my mouth and then was no different.  “Yes, he was one of the victims with Tate.  I guess he was into tying women up and beating them.  He apparently loved Sharon till the very end.”  DUMB.   I don’t even know this guy.  I gave him the files and left.

Circa 2011, DiMaria became one of the sad people showing up at Parole Hearings to make sure the killers stay put.  I say sad, because it has been clear since the 90s that all the Mansonites in prison are dying in prison. Not even a chance.  Not even LVH who “only” stabbed a dead body (eye roll).  So when you show up it feels to me pretty sad.  You spend hours driving to a remote prison and reliving shit that happened decades ago and why?   They were not getting out anyway.  And people like Orca Tate, showing up at hearings of people who didn’t kill anyone she knew, after her own mother specifically did not WANT her to take up the mantle I mean wtf?  If it isn’t some sad attention seeking what is it?  It feels like a fake mailbox explosion, like why did you do this, who cares?

I recall saying all this, either here or on the Official TLB Blog, and meaning it.  Yuck.

A year or so after, I was at Musso and Franks the legendary restaurant in Hollywood and a guy came up to me.  Anthony DiMaria.  Maybe he was with a mutual friend.  I was awkward again, like how does he know who I am?  Is he upset at my opinions?  He was nice and gracious and I reminded him of the USC library and that’s that.

I think back story is important so the reader can judge.  I never, unlike Nelson/Molesto, inserted myself into the story but often I became inserted into it.  So in the same way you needed to know that Tom O’Neil was an assclown as far back as 15 years ago, I passingly met DiMaria 35 years ago last month.

JAY SEBRING….CUTTING TO THE TRUTH is a strong documentary look at a mostly forgotten and tragic figure, Jay Sebring, arguably one of the early fathers of modern men’s hairstyling.  It is told from the point of view of his nephew, who was a toddler when Sebring was viciously murdered by Tex Watson and his comrades.

Unlike say HBO’s The Vow, the director does not have access to a lot of primary footage.  The main footage used seems to be a Sebring International hair cut training video.  (I did wonder, with so little footage available, why the sequence from MONDO HOLLYWOOD was omitted- they could not have asked a large fee ffs).  He relies on the usual talking heads along with some home pictures and, certainly unusual for the genre, a lot of footage of himself on the phone.   That sounds boring but it isn’t.

The film gives a clear, for the first time, view of Jay:The Early Years.   His upbringing and military service and family life gets more attention here than anywhere I have seen.   It really is not enough, and the director struggles to connect cause and effect several times but it does portray a three dimensional picture of a real human being.

As he moves to the second act of the film I feel like the director struggles because of one simple fact- HAD Jay lived he was on his way to worldwide fame and fortune.  He would have been a millionaire and his salons would be in every state.  Instead he was murdered.  So the film tries to make an argument that Jay WAS what he probably would become, if that makes sense to you all.  When Jay died he was a jet set playboy with money and star access, who was on his way to the top.   But to argue that he somehow already WAS there is silly.   $100 Steve McQueen haircuts were great, but that would not make him remembered today had he not been killed.

The filmmaker also struggles with who would show up.  Jay’s pretty ex wife is there and does the obligatory “I still love him today” dance  But the person you really want to hear from is Sharon Tate and yeah, well, she’s dead too.

Despite these struggles the second act works for me because of how thorough the director is.   He glosses over things- I really do not think a guy who moved to LA and changed his name should be portrayed as close to his family, and his dad does not sound like fun.  There is some weird obsession with BUG.  Unusual for BUG who will show up for a supermarket opening, he refused to be interviewed by Di Maria, saying he never knew Jay.  He didn’t.  Why did DiMaria want him?  No clue but he tried hard to get him.

If I was impressed by Act 1 and enjoyed the massive data dump of Act 2 I felt Act 3/Denoument goes off the rails a bit.   There are still many people not named Orca who knew Roman and Sharon around in Hollywood.  No one is interviewed.   Would Beatty not come and speak for his fallen friend?  Hell he could have set the ground rules- talk only about Jay, not the TLB stuff.   Act 3 is where everything needs to come together.  DiMaria tries but he does not quite get there.  He’s stuck with the fact that he’s said everything he really can about Uncle Jay.  You see, because JAY didn’t get to his third act.

Instead we get DiMaria showing up at one of the Parole Hearings.  Remember, he’s a toddler when Jay is killed, he doesn’t know the guy.  No one from the immediate family showed up through the 70s and 80s when, conceivably, some of the girls could have been released.  Yes, DiMaria has the right to show up, but is he there to “make sure’ these old people stay put – or for a “movie moment”?

He also falters in the “bring the film together section”.  To tie my above story to the review, much is made about Jay’s s/m peccadillos.  Now in 2020 there is a thriving community of s/m fans on the internet, Reddit, where have you.  In 1969 less so.  But DiMaria brings up the accusations AS accusations and makes a big deal about portraying these and accusations, more or less saying “Can you believe this shit?”.  You sit there waiting for him to show us that it was bullshit.  But he just moves on.

DiMaria spends some time finessing an ending making his Uncle a hero for standing up to the hippie psychos and defending Sharon.  I didn’t get why.  All versions of the story have him trying to tell these killers that the lady was pregnant and stop being assholes, which leads to his death spiral.  It is surely brave if not heroic (I mean, he fails).  The problem was that Jay had no reason to believe they would not all get out of there alive because this kind of shit DIDN’T HAPPEN.

Look, I am being picky, probably because this is likely to be the only profile of Sebring we will ever see.  As such, OVERALL, it is very good.  It TRIES to be excellent and doesn’t quite get there.  DiMaria is too much a fan of his Uncle to make a warts and all film. (Look at the photos from the last day that we have thanks to Statman lifting that roll of film off the puke LAPD cop- tell me Sharon and Jay weren’t still fucking.)  But he obviously worked on this for ages and I get the full rounded sad story. 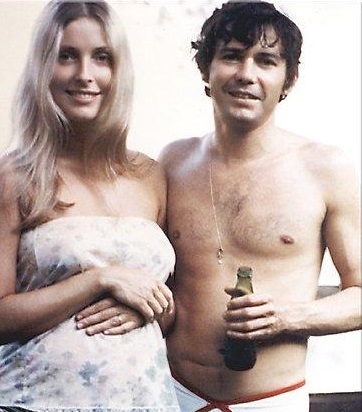 I didn’t expect to like this film, and bought it just because.  But if you are on this blog you care about the TLB victims.  Had she lived I think Sharon possibly might not have acted again.  She wasn’t good and she didn’t love it.  Had Jay lived he would have been a big deal. The fact that none of the five made it is the tragedy.

Hollywood being Hollywood, I am certain I will see DiMaria again somewhere.  I will tell him that he did his Uncle proud and buy him a Musso’s Martini.