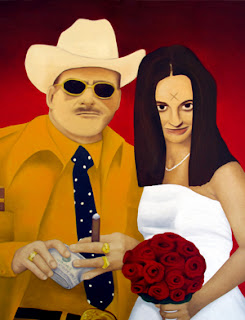 Donald Lee Laisure and Susan Atkins by artist Kelly Hutchison.
Someone please commission me a piece. My vision is Brenda McCann surfing in a bikini except the surf board is a dune buggy and the desert is the ocean. I'm also nothing but collaborative at my core if the same goes for you. No Willetts' baby, por favor.
Brenda can say she loves me unless you think that's weird or too much.
How's your week going? We're discussing Sadie Mae Glutz a lot recently and I wanted to sneak Donald Lee Laisure onto the blog for his second appearance before we move on. Click through to the page of origin and tell me if you think Susan's dress cost $6000 in 1981 money. I think Flash sewed it himself.
Last Sunday, Laisure's claim he was married thirty-four times popped into my brain uninvited. You'll see the number of his marriages bump up to forty-five on the Maury tv show if you watch my homie Myra Elvira's 2021 update on his life and times. Thanks for aggregating that footage, Myra.
A year before me, Myra also went looking for verification on the number of Laisure's marriages. I think we each found nine. Just like criminals, no bullshitter ever expected the Internet. Laisure was both.
Character actors play an important role in successful productions. Donald Lee Flash Lai$ure was one of the best to cross our stage. He brilliantly promoted himself from the rank of Private to a 4 Star General in the US Marine Corps, and earned a Silver Star, Navy Cross, and Air Medal along the way. Laisure's phony career lasted from Vietnam through the Persian Gulf.
Fifty-five people have reached the rank of 4 Star General in the US Marine Corps while alive. The number was in the low twenties when Laisure promoted himself to full general. When I searched for an official reaction, I found the Corps more amused than angry. Like everyone else, they thought Flash Laisure was a clown. 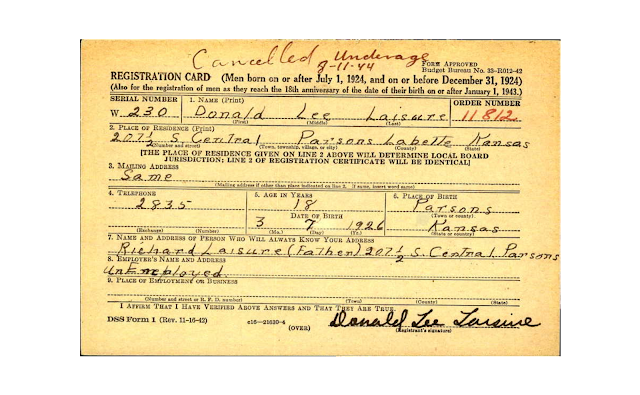 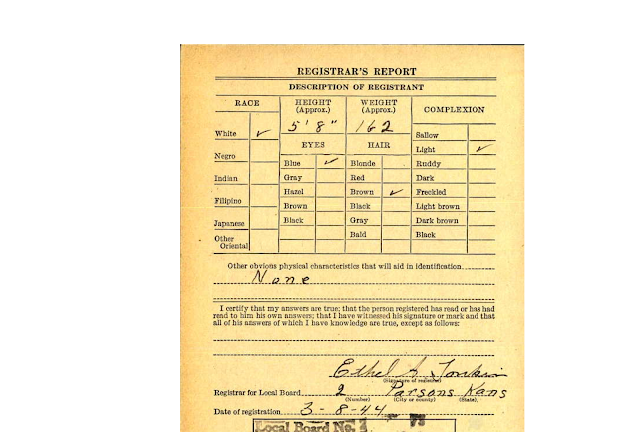 He lied about his age to get into the Corps early.

As an artist myself, I'd say that piece is very to the point.
Also, this is my first post to this blog but have I been reading it for a while. I appreciate it very much and thank you.

Thanks very much, G.!
I really like this blog and your posts are always on point. And if you ever do need a related commission, I'd be happy to. :)

That's a funny drawing or whatever of this goof Laisure.
This situation with Susan and this clown is yet more proof that Susan is an adapter.
She adapts to people and things as to her 'get along' and her survival insticts.
Unfortunately,she adapted, in truly tragic ways, with what she was a part of with
the Hinman and the Cielo days/situations.

If ever there were evidence that Mx. Atkins should never have been trusted to reenter society, it was her choice in men. Manson, Laisure and then the lawyer-turned-Jesus-freak who helped roll her hospital bed into her last parole hearing.

This collection of news broadcasts and news-reel footage is well worth the watch:

Fayez, it's a painting. I love that the artist preserved Laisure's leisure suit for us. And his giant knot of "hundreds."

Tobias, I think a bunch of hot air would've come out if she stabbed him.

Janna, I believe our blog owner Matt is interested in Manson-related submissions if you do those things. His email is along the right side of the blog.

The piece has a visual 2-dimension power, for sure. It's an effect and evocative social observation. More appropriate to a museum than to a residence, I think.

It could be titled "White Trash Pipedreams".

There are people like that out there, all right. Best viewing is in Las Vegas.