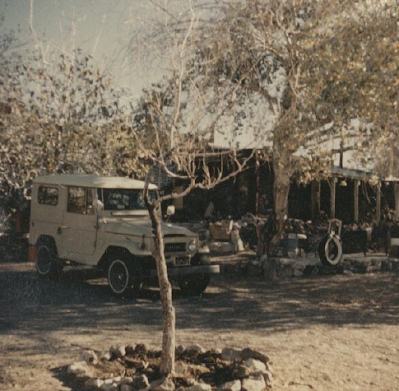 We know most of the details about the Barker Ranch Raids but there haven’t been any documents on the specifics of the raids. The recently acquired documents will tell you who was taken into custody in which raid and what name they were arrested under. They also say what evidence was found on that day. It took weeks and even months to gather all of the evidence.

There were two raids on Barker Ranch in October 1969. The first one was October 10th. There were 13 people arrested at Barker. Another person, Kitty Lutesinger, was also arrested that day though not at Barker.

Kitty Lutesinger and Stephanie Schram left Barker Ranch, walking out, to get away from all the craziness that was taking place. The two made as far as Butte Valley before they finally happened upon two CHP officers who were on patrol. Lutesinger and Schram asked the officers for a ride. They were taken to Lone Pine where checks were run on them, they were both found to be runaways.

Schram was released to her parents and suffered no charges. Documents 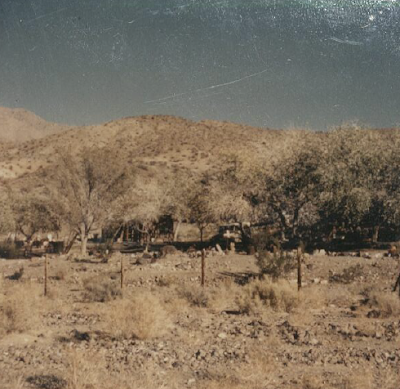 Yes, you added that up correctly, nine witnesses and five arresting officers. The Inyo County Sheriff's Office did not participate in the raid.

Some of the evidence included the Ruger .22revolver that had been stolen the previous week. It was found in a US Mail bag in the possession of Sandy Good, Ruth Ann Morehouse and Dianne VonAhn. The VW belonging to Corinne Broskett with a VIN number of 2912188 was recovered that day. In Broskett’s VW was a Bausch and Lomb spotting scope, a pricey item in those days. 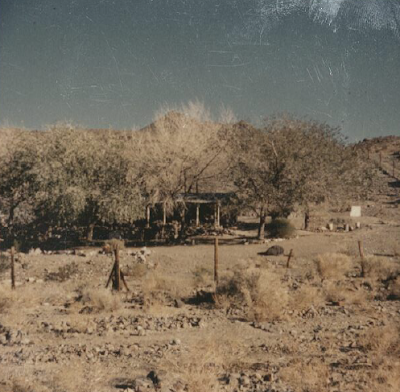 All pictures are from Inyo County files and taken at or near the time of the raid.

Thanks DebS for sharing these documents. For myself they confirm my understanding of this day, but add a little more.

I am eagerly waiting in anticipation for the reports for October 12 and beyond. Of the limited writings I have seen for this date, there is one conflict. One mentions Plumlee and the others don’t.

At first glance there are 3 things that pop out as I browsed these documents.

1. In the list of 14, there are 11 females listed. Lutesinger is tagged “WFJ” with the “J” probably designating “juvenile” so maybe it can be inferred that “WFJ” describes “White Female Juvenile”. 9 of the other females are tagged “WFA” which might describe “White Female Adult”. But LVH is tagged “WMA”. For the 3 males, two are tagged “WMA” but “Robert Ivan Lane” is tagged “FMA”.
2. There is a coincidence in that while “Robert Lane” is one of the males suspects, Schram lists her street address as “1920 Robert Lane”.
3. The 3 males have reports that mention enumerated arrest numbers. Grogan has “AR3292”, Mourglea has “AR3291”, and Lane has “AR3293”. If you look at the LADA link that follows, you can see Grogan’s mug with the number held by twine around his neck on page 284 (of BOX-47). Mourglea’s mug and number held by twine is on page 287 ( of BOX-47). I suspected this was Mourglea but this confirms it for me.

Note: The “cielodrive” FB photos page has a clean picture of Grogan’s mug.

second, if anyone knows how to contact “cielodrive.com”, please mention that under “The Family” that the “Read BIO” button for Sandra Good returns “File Not Found” because there is a spelling error to the “.php” file.

Pitman borrowing the name of a Santa Monica High schoolmate.

So Robert Ivan Lane AKA "Soupspoon" used the alias Scotty Davis? Then Kenneth Brown, Zero Haught's buddy, who was arrested two days later with Manson et al., also has an alias of Scotty Davis? Man those aliases sure get confusing.
Also, the Bausch & Lomb spotter scope was most likely the "spyglass" Manson stole from Terry Melcher's beach house. I believe Charlie sent a taunting message to Melcher thru someone about stealing it.

I think that it's more likely that Scott Bell Davis used the alias of Robert Ivan Lane, because Davis exists whereas Lane doesn't. That said, he would have been 16 so I don't know why he wasn't listed as a juvenile. Might be more to the story.

Bugliosi had Brown down as alias Scott Bell Davis, and Robert Ivan Lane as Soupspoon.

That made me think of hearing one of my schoolmates tell his buddy about his misadventures in another town. The only part I remember was, "I told them I was you".

It took LE quite a bit of time to unravel who was who and whether or not they were a juvenile.

A good lawyer could have gotten him out of Inyo. They were holding him unlawfully because they had no evidence he personally stole or damaged anything.

So who is this guy then? Maybe Kenneth Brown using Scott Bell Davis as an alias?

Gorodish, I found this Social Security record. It matches up with Kenneth Brown that is on Deemer's list.

Thanks for the research DebS !!
It's really a job sorting through all these interchangeable aliases.

D, I'm sure you're correct about holding Scott Davis unlawfully. He was a juvenile and shouldn't have been in an adult jail. But apparently, he was unwilling to tell LE his true name and birth date. He probably never asked for an attorney or if he was offered one, he refused representation. I'm sure he had a whole pack of "jailhouse lawyers" telling what he should or shouldn't do and it turned out to be to his detriment.

Lutesinger gave her true name and (juvenile) age. But what about place of birth?

Was Lutesinger born in Nuremberg, Germany; Manitou Springs, Colorado; or someplace else?

Kitty's father was in the Army when she was born. He was stationed in Germany. I found a record of the Lutesinger family returning to the US May 11, 1955. So, I think she was probably born in Nuremberg, Germany. Her father was Lt. Bertram Charles Lutesinger.

I meant Charles Manson, is who the were keeping unlawfully.

There was a hold on Manson. DOJ issued a violator's warrant on 10/9/69 because at the time they thought Manson had purchased the Radom 9mm used at Hinman's

The gunstore owner identified Manson as the one who bought the gun, but that somehow got changed to Bruce Davis and/or Danny DeCarlo buying the gun. Don't know how that happened...