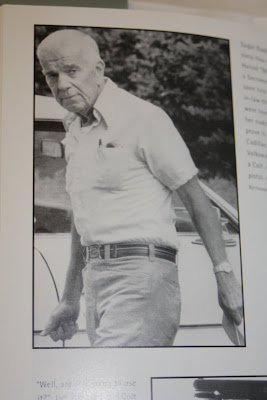 Poor old Manny! 66 year old Harold "Manny" Boro was Squeaky's sugar daddy during her Sacramento days in much the same way that George Spanh had been in Chatsworth. It is said that Squeaky "had a way with" older men, so when she met Manny on a park bench in 1975, the poor old coot fell hopelessly in love with her and showered her with gifts including an old station wagon and the colt .45 that she'd point at President Ford on September 5, 1975.

Manny lived, according to Jess Bravin's book, "at the end of Laughton Lane" in Jackson, CA. Jackson is a small gold rush community in the foothills about an hour's drive from Sacramento. Below is his historic home on what was once a 40-acre ranch: 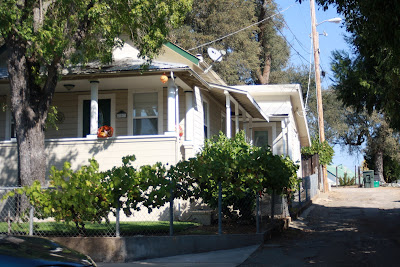 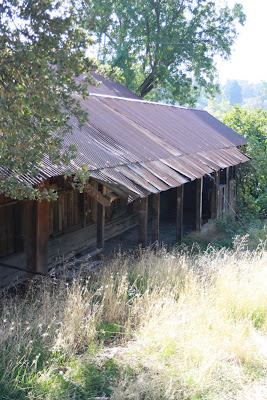 above: front and back views of 205 Laughton Lane in Jackson, CA.

Primo job Patty! I know you have been on a hardcore misson to find a pic of
Squeaky's "un-sexy" Sugar Daddy

that pic from Jess Book~ I think-also didnt it say in book he bought her a Red VW that broke down alot? I dont rememeber the part about the old station wagon

ur probably right candy, Patty should go back and look again.


If that story about sex causing Squeak to have convulsions is true, Sugar Daddy must have gotten a big surprise.

Spawny git, as us English say!!! I hope when I'm 66 I'm getting to fuck young women as hot as Squeaky!!!

I live about 10 minutes from Jackson. I'm going to have to drive there and take a look.