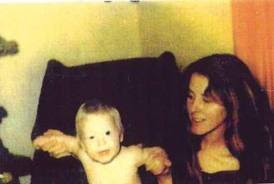 In October of 1972, The Press Democrat headline read “Manson Link to River Slaying.” Aryan Brotherhood members Michael Monfort and James Craig, along with notorious Manson family members Pricilla Cooper, Stacy Pitman and Lynnette Fromme (a.k.a. “Squeaky,” and who incidentally, attempted to assassinate President Gerald Ford in 1975) were arrested in connection to the murder of United States Marine James T. Willett. Willett was shot through the head with a .38 caliber weapon and buried in a shallow grave on a mountain south of Guerneville. His wife, Lauren Willett, was also found murdered and buried in a similar grave in Stockton. Monfort was the first to be linked to the murders. He used James Willett’s identification after being arrested for robbing a liquor store. He later jumped bail. His recapture was shortly followed by the arrest of the other four suspects at a Stockton apartment, where officers located Willett’s discharge papers. The prosecution subpoenaed Cooper and Pittman to testify against Monfort and Craig. In an attempt to mock the law, Monfort and Craig managed to marry the women before the trial, making it illegal for the women to testify against their husbands. Nevertheless, Monfort and Craig were both convicted and served time for their crimes. After being paroled, Craig was shot numerous times, his body was stuffed in the trunk of a car and the car was set on fire on a Sacramento street.

Why do I love the girls and think that the horn-dogs are a bunch of substandard idiots? Killing a man and using his ID after being caught in a robbery. Killing a man and driving his car with the murder weapon in the tire well. Trying to lay low in the desert and setting fire to a park owned front loader. Ripping a 300 pound man off who knows you.

After he was found in the trunk he was still not dead but well on the way to it. Didn't he say before he lapsed into unconsciousness then that "She's dangerous"?

I think Craig said "she's dangerous" about NANCY PITMAN aka Brenda. I also have always thought that she was the one who went with Manson to the Cielo crime scene after the murders. It was either her, or Lyn.