The murders of Clyda Dulaney and Nancy Warren have long been thought to have been related to the presence of Manson Family members who were living nearby in Booneville. Six miles south of Ukiah just off the 101 is this pastoral view of Burke Hill: 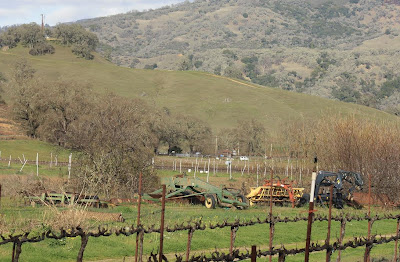 According to a 2008 article in The Anderson Valley Advertiser,the trailer in which Clyda was living near her grandmother's antique store sat about where the Saechao Strawberry Stand is today: 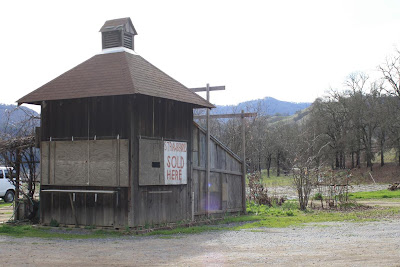 The Pattys attracted some unwanted attention while photographing the stand, so they shimmied on up the road to what is now the Nelson Family Vineyards' tasting room to qualify their presence. Mr. Patty, after all, loves him some Anderson Valley wine! Anderson Valley, in case you did not know, has the same fantastic grape growing conditions as Napa or Sonoma, but with a lot less pretense and price. 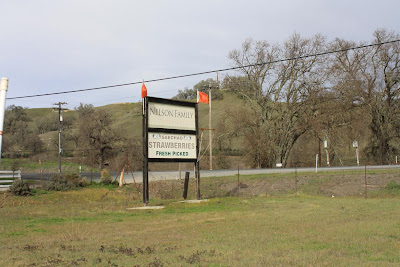 Since The Nelsons were nowhere to be seen, The Pattys made their way downtown to "the world's first organic brewery." Directly across the street from here was The Mendocino County Courthouse, with which Sadie Mae Glutz was well acquainted for charges related to prostitution and drug dealing in late 1968 and early 1969. 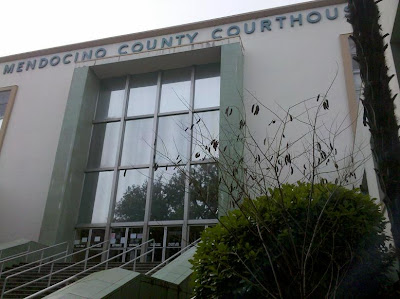 We may never know if these "senseless" murders were the work of our Sadie and friends.

There are a lot of rough types in Mendocino County; at the edge of Fort Bragg is a large sign that reads "Aggressive Panhandling Prohibited." This does not stop them, however, in the Mendocino Village and elsewhere today as in 1968. Patty noticed while doing her research in The Ukiah Daily Journal that teenage "hippies" were being cited all the time for squatting, petty theft, public intoxication and what have you. While she huddled between odoriferous muttering misfits with large backpacks, walking sticks and imaginary friends, Patty realized that Mendocino County is a place like few others with a really high number of transients per capita. More than most places she's been, anyway.

The Sheriff's Office was all over Sadie Mae Glutz in 1969, but came up with nothing. And, as we all know, this is a girl who liked to talk. What do you think?

I really doubt anything before Crowe's shooting.

Sadie didnt have much to tell at that time I think Patty, cause you are right if she did she would have.