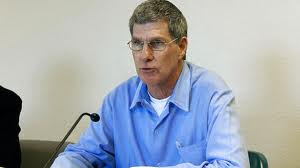 Watson asked that the investigators be allowed to listen to the tapes, but not be given the cassette recordings. Watson said there is no evidence of any unsolved murders on the tapes as the detectives said in their motion to get the tapes.

In a motion to the court, Watson said if the LAPD took possession of the tapes they could end up being released to the media which could cause further pain for the families of the Manson victims.

Well it's good to know that the victim's families are Watson's primary concern.

No new murders, but could cause MORE pain to victim's families??? Now I really wanna hear these! Are we talkin bout a blow by blow account from the lips of the devil himself? Only months after the fact?!

So today is the two weeks right? Did LAPD take possession of the tapes or did Tex's appeal delay it?

That's nice- he gets to make his little redemptive statement and use it as a feather in his cap at his next parole hearing.

Forget it dude, way too late.

Hi, Bee. No news yet. Perhaps Tex's lawyer has filed a motion to extend the waiting period?

Right, now Tex can brag to the Parole Board that he is willing to cooperate fully. BUT now it seems like the "TEX camp" set-up the LAPD. I'm told it's one of the oldest lawyer tricks in the books.

The tapes have been used to write his book, wouldn't that be a SELLING point, if there was info about murders on them?

Tex, of all the incarcerated members of this group, will never be paroled (in my opinion). Maybe he is indeed trying to score brownie points with the Parole Board, but I think he has no chance of ever being released, so I don't see why he bothers. Maybe he is just in denial. Or have I missed something? Do people agree with me regarding the possibility of his release?