Get well wishes from everyone at Eviliz's 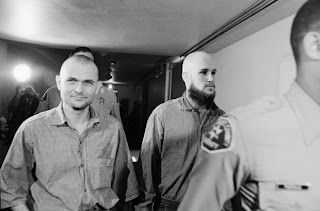 Bruce you good ole Christian boy, maybe if you spilled the beans about Shorty's grave you might have got out early but Clem beat you to it.  My Bruce connect told me Bruce's new hearing is October 4th 2012.  That should give him plenty of time to recuperate from his illness. 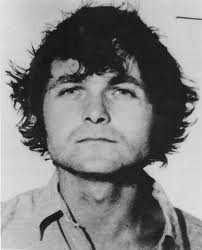 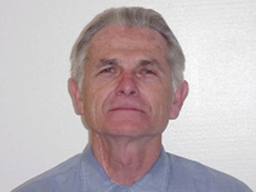 Lol he does have that tv evangelist look to him.

Al said...
Lol he does have that tv evangelist look to him.

Is it true that his "illness" was because he was waiting for documents to get back to him that did not yet arrive in time for his hearing? I personally think Bruce will get out within the next 7 years (if still living). I am not saying he should, but his involvement in the murders were the least aside from Leslie. Leslie is damned by association with the notorious murders.

It was suggested to me that Bruce became shook when he heard Burger woman and Debra were there.
I agree that he will eventually see freedom.
Pat and Tex are the two most dangerous murderers. They will never see the outside.

I doubt Bruce will ever get out. Sure he was only convicted for the murder of Shea, but the reason he remains behind bars is because everyone knows that he has blood on his hands for many other deaths.

Weren't all the girls at Spahn afraid of him? And he was gunning for Charlie's top spot - simply waiting for the right time to pick him off.

Also notice how when he was imprisoned his conversion to Christainity was instantaneous.

Just curious , but I assume that Sadie would have been included with Pat and Tex (most dangerous)if she where still with us ? I for one was very saddened in the way she was treated by the authorities in her last months ... I know she showed Sharon no mercy in her last moments but common decency should have prevailed

but NONE of them will ever leave prison alive

its very fitting she got just what she gave

and Bruce already got voted and still they kept him in anyway..

they are going to be a lifelong example- that for whatever reason they did what they did....

nobody should ever think about it again

That makes me personally very happy

and also for all of those who do believe Bruce and Tex really did change and find religion...

if that were the case and they really did know anything...

wouldn't they do what God and their conscious tells them and let us know regardless of whats in it for them?

They will never help anyone but themselves, because they may get bored and long for a way out- which would make them say or do anything to make us think they changed

maybe in some ways they even have

but you cant change the nature of a beast, and when these poeple had freedom and options- the real them was on display...

We saw what they did with it..

Bruce was older and a tad bit more educated than most of the others...

Instead of recognizing Charlie for what he was, and getting far away from trouble...

He tried to become Charlie- and took much pride in his role within the family....

I could at least see making a few to dumb or drugged out to understand, young impressionable arguments for a few of them....

and IF he does still know something and he was able to walk without helping families who still have no answers...

shame on anyone involved

" They did the least killing"

What does that say about Charlie???

ya gotta let him go too then dont ya?


lolol- not the way it works

The killers were given a punishment for there very heinous crimes...

Then that punishment was lessened

how decent was it for the families to watch on TV while the guy who butchered there child started having children and running a business from jail?

The decent thing to do is pay your price gracefully- acknowledge what you did was wrong, and stop whining about how unfair life is to people- when you TOOK life from people


but It depends- I guess- on your definition of Decency

I am not saying that Saide should have been tortured- she wasnt...

all life prisoners die in jail

if we were going to start letting certain ones die at home...

Susan Atkins would not have made many lists I bet..

does double-spacing all your posts make your arguments stronger or something St or are you just trying to take up space?

its a technique I learned in school

I dont really care much if my arguments are strong

they are usually right

Thanks though for the early morning target...

I love to start the day being pointed out again by someone who I have never said a bad thing too...

But most of you people would have nothing to say at all if wasn't directed at someone else or their ideas...

I love you all

I was a correctional officer for five years and two of them I worked death row. I have seen so many of these jailhouse conversions to Christianity. I personally don't buy it. It was either a way for them to get out of their cell for a few hours and receive special privilages (one religious group on death row had donut day from Krispy Kreme)or a way for them to woo the parole boards. Oddly enough these "converted" people were usually the ones that were most combative and did the most complaining.

@Candy and ST: no brawling, please.

Saint C has never started an argument or attacked a blogger first here or anywhere else- only in defense of myself and/or friends...

I just responded in a very loving manner I thought

I love you all, and will go elsewhere for awhile so you can not have to worry about issues Patty...

I do not want to cause any problems for you:)

I, for one, absolutely love a good Saint rant. As I do a Liz tirade and a Patty pondering or a Matt dictum or a Suze sermon and even(though probably not kosher to admit here) a Katie warpath. And I miss allot of the old posters who used to annoy the hell out of me.
Calling all Franks, Dickheads etc.

Point is it takes all types to make an interesting blog. Why the fuck denegrate another poster? To make yourself feel surperior??? If you disagree on point then make a reasoned arguement. Personal attacks are just so Jersey Shore. No need to sink that low here.

St C I merely asked your motivation for double-spacing had I known this would effect you and other readers so much I would have put kid gloves when I typed it.

Not taking the bait :) love ya Patty

you know you meant to be sarcastic

but its o.k. I love you anyway

Well, for some reason, I can read it easier without my reading glasses even though the font size is still the same.

No offense, ST, but Patty thinks you diminish your own good points when you confirm to us all that you are "wasted." Haven't we had this discussion before? Tipsy = blogging is okay. Wasted = blogging is a bad idea (Just like drunk-dialing your exes).

PS Love you too.

How parole is granted and why, is but one of the many mysteries which I will stay blissfully ignorant about. I assumed that once the board said you were fit to leave then that was it. The PDF below is from the State of California and contains seventy some parole reversals issued by Jerry Brown (yeah, I know) with a couple paragraphs about their crimes.

These crimes go as far back as the early 70’s and contain the usual causes like drugs, money, sex and beer. For some reason beer is repeatedly featured in the synopsis, so if you are at a wine tasting, it looks like you will go unscathed. They also feature the usual weapons such as guns, knives, bows and arrows, cars and throw rugs.

Don’t be intimidated over the number of pages; each tale is around four and a quick read. After glancing over these people who are ‘APPROVED’ for release, I had to wonder just what sort of crimes were committed by those who were refused parole.

I hope Bruce doesnt get out, but I think he may. He doesnt look like a evangelist to me, those eyes are scary, more like a cold blooded killer.

Yeah Bruce does have creepy eyes, most of the Manson men do with exception of Bobby Beausoliel. Clem is the wickedest looking one (even today) in my opinion.

Sorry but need to comment on this one mercy for sexy Sadie I think not the evil little bitch got just what she deserved how good was her orgasm in the end when Satan held out his hand to her. As for Bruce. Let em go 40 + yrs time served if he didn't have any connection to the big M. he would of been free 20 yrs ago. Hello Mat n miss Patty happy belated birthday loved the cake Lol

I passed by Bruce's old stomping grounds, Knoxville, today on my way to Gatlinburg. My fam wouldn't let me stop though lol, guess it would kinda be hard to explain to my kids.

There is a good chance that Bruce Davis is responsible for a lot more than one murder. I just don't buy into the school of thought that he killed just one person. I think he has blood of several people on his hands. Anyone with a thin-lipped grimace like this guy has automatically cannot be trusted. Nobody, and I mean nobody will ever know.