Karlene Ann McCaffrey, receptionist for Sebring, Inc. told authorities that Rostau had delivered narcotics to the Tate residence on the night of the homicide. Rostau informed McCaffrey that he had delivered cocaine and mescaline to the house but that Frykowski and Sebring wanted some additional narcotics and that he had gone back down the hill but was unable to locate the other narcotics they requested and therefore he did not return to the Tate residence. McCaffrey stated that on August 7, 1969, she had talked to Sebring and he had informed her that he had been burnt on $2,000 worth of bad cocaine. McCaffrey stated that in her opinion Sebring would do almost anything to get back at the person who had burnt him.

Rostau was later charged with interstate theft of securities from the mail at Kennedy Airport. He was found shot to death in a parked car at that airport. The car had been rented in Boston and driven to New York at least 12 days before his body was found. 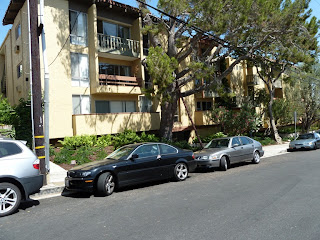 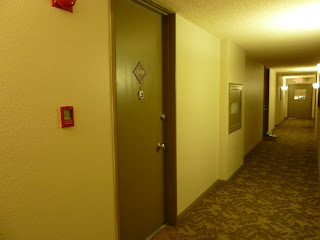 At that time in history, Henry Hill and his gang were having the run of what was then called Idlewild Airport.

Nice try, but Idlewild turned into JFK in 1963. The Luchesse's biggest triumph, the Lufthansa Heist, wasn't until 1978. Mail heists in the 60s were pretty small time, but Joel being found in a car trunk in the parking lot, well, that was either a mafia hit or else somebody sure wanted it to look like one.

A scout troup's short a child.
Kruschev's due at Idlewild.
Car 54, where are you?
Now I'm craving pizza.

Ok whut, that made me laugh out loud. Nice...

I find it interesting that everyone focuses on his drug dealing and no one has taken a closer look at his securities fraud.

I find it interesting that Rosemary was into stocks and commodities, leaving an estate (supposedly) of over $2,000,000 =  today's market of, what, close to $8.5 million? That's a lot of dress sales.

I'm just spitballing here: Did anyone ever connect how Jay & Woytek knew Rostau? Rostau worked with Bernie Cornfeld, Cornfeld was good friends with Victor Lownes and Warren Beatty, both were good friends with Polanski. Who else was Cornfeld friends with and what was he doing with his fleet of planes while living in Canada?

Does anyone know what Rostau looked like? I can't find any pics of him. C'mon Eviliz this is your bag, right?

Glad to be of service, Matt. I'm still craving pizza.

Suze said...
Does anyone know what Rostau looked like? I can't find any pics of him. C'mon Eviliz this is your bag, right?

Anybody know when the top pic was taken? I can't read the sign.

Both pics are very recent.

Thanks, Matt. I actually meant to put that question under the next post.

As a serious researcher can someone please tell me where this $2million dollar Rosemary estate estimate comes from? Thank you. ( and Helter Skelter is not a resource)