The front has had a facelift and new concrete was poured in the back, but everything else is the same. If you Google Map the place, you see the grading being done for the new concrete next door. Others say the back was built after the fact. That is untrue.

The images are in sequence with the police report here. The 6th picture of the old white building is next door and where they hid in the corner.

The address is 13355 Hawthorne Boulevard, Hawthorne and the side street is 134th. Image #4 of the alley with the block wall and home is described in the police report. It says this "Officer McInernv at this time took cover behind a 3' block wall of the residence at 4429 "A" W. 134 St. and fired six shots from his service revolver into the direct front of the van" I read in one of the reports that when the officer ran out of bullets, the home owner came out and gave him a .38 to use.

Western Surplus is still in business elsewhere on Hawthorne Blvd. in Hawthorne. 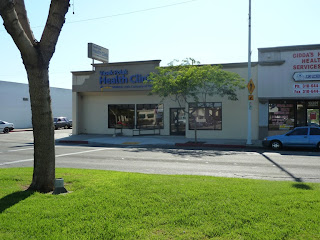 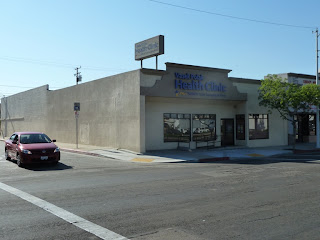 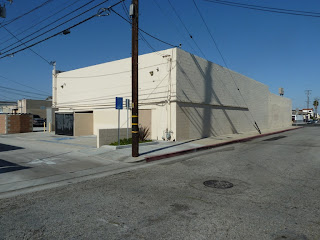 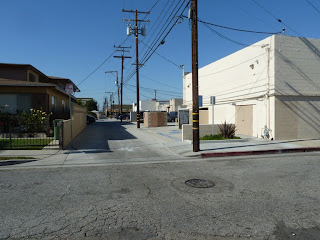 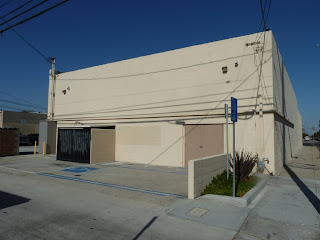 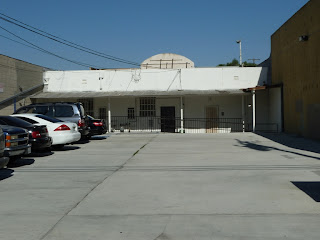 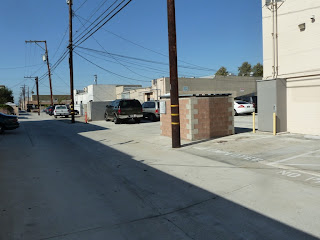 This stretch of Hawthorne Blvd is still a bit of a time capsule. The wide median supplied ample parking, while guaranteeing the shopper two opportunities to avoid getting hit by traffic, crossing mid street. All these little storefronts seem quaint compared to the Mega-ultra-super-max-gallerias which we have been hypnotized into using today.

Across the street from Western Surplus is a business that’s been around since the 50’s.

That’s right; the oddly named Pizza Show was in the direct line of fire during the shoot out. And who was a patron of Pizza Show? Well none other than Brian Wilson of the Beach Boys, thus making another connection between the Family, The Beach Boys and pizza. OK, I just made up the pizza connection.

supposedly, during the shoot out the firing of guns was so intense that a cop off gypsy's bra. a bloody bra was found in the van. one of the officers not involved in the shooting butb investigated the family said he never knew gypsy to wear a bra.

I grew up on 134th , there was a bike shop that was here after western surplus. The owner was shot and killed during a robbery, the suspects chose the shop because of the alley in the back makes a quick getaway. And pulp fiction was filmed at the diner 12 feet to the south on Hawthorne blvd

I lived on 134th when it happened in 71. I was 6 years old at the time and remember watching it from halfway up the block. Western surplus also caught fire that night and burned the place out