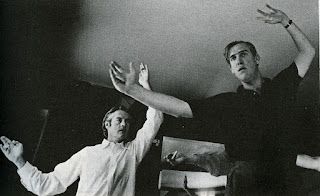 There's a lot more to the story of the Brotherhood of Eternl Love. When I left you last, were were reviewing chapter 9 of "Acid Dreams: The Complete Social History of LSD, The CIA, The Sixties, and Beyond.  Some of the characters we were dicussing: Billy Hitchcock, heir to the Mellon Fortune and owner of the Millbrook estate, pictured at right with Tim Leary, as well as chemists Nick Sand and Tim Scully NOW, pictured below. As promised, here is more on the BEL:

"In addition to his dealings with Resorts International, Hitchcock maintained a private account at Castle Bank and Trust, a funny money repository in The Bahamas that catered to mobsters, entertainers, drug dealers, and Republican Party fatcats. A certain Richard M. Nixon was among three hundred prominent Americans who used Castle to deposit their cash. The bank's clientele included...Tony Curtis...Credence Clearwater Revival...Hugh Hefner...and billionaire eccentric Howard Hughes.

Castle Bank was no ordinary financial institution. Originally set up by the CIA as a funding conduit for a wide range of covert operations in the Carribean, this sophisticated "money wash" was part of a vast worldwide financial network managed by American intelligence. 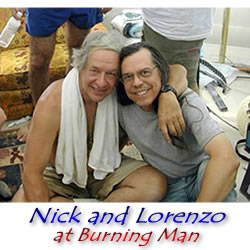 The first sign of trouble came when American authorities began to display an unhealthy interest in the financial affairs of Sam Clapp. Hitchcock quickly shifted his assets - which included the Brotherhood's drug profits - into a series of new accounts in Switzerland.


But the greatest setback occured in early August when Farmer John Griggs took an overdose of PCP (sic). In the aftermath of Grigg's death there was a shakeup in the Brotherhood hierarchy. A different breed took over, and their approach to dealing was more cutthroat and competitive than before...Michael Boyd Randall and Nick Sand...controlled a network that included over thirty regional distributors. They unloaded orange sunshine in parcels of eighty to two hundred fifty thousand, and the supply was quickly dwindling. Sand wanted to commence another manufacturing run, but he was stymied by a lack of raw materials. Hitchcock's source in Europe had dried up, leaving the Brothers in the lurch. 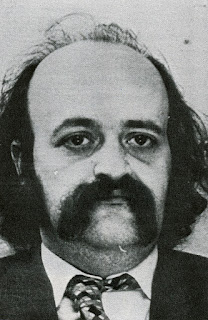 It was at this point that a mysterious figure named Ronald Hadley Stark appeared on the scene. The Brothers were hesitant initially, but after some verbal sparring Stark proved his sincerity by showing them a kilo of pure LSD. The brothers dug his rap. Stark presented himself to the Brotherhood as the premier fixer, the man who could get anything done. Before long he assumed Hitchcock's role as banker and money manager for the Brothers' dirty cash. But Stark got much more involved than Hitchcock, overseeing the production end of the LSD operation in addition to the finances. He had a lot going in his favor, principally a reliable source of raw materials from Czechoslovakia and an excellent manufacturing facility in Paris...the acid was dyed orange so as to continue the sunshine legacy, and the Brothers tabbed and distributed it. 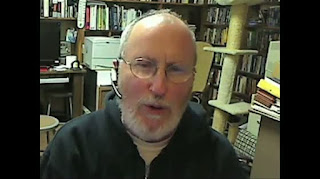 Some of the Brothers began to have qualms about the Way Stark operated. Scully, for one, decided to retire from the acid business not long after Stark entered the picture in the summer of 1969...Stark ended up with nearly all the Brotherhood money and property in his name after the Feds broke up the Brotherhood network in the early 1970's.

So again, I'm asking:
1) Where did Manson get his acid?
2) Who was Phil Kaufman smuggling marijuana for?
3) What was Richard Nixon's real motivation for making such a strong statement to the press about Manson's guilt?
4) Who were Gary's visitors from Santa Barbara (where the BEL had operations) right before his death? No offense to Gary. He was a good man, a Buddhist, and perhaps interested in heightening his religious experience like so many others of his time.
5) What was really in those trunks? No offense to Sharon, because we know how Roman was able to manipulate his very young wife into doing just about anything he wanted. Could it be that Roman was the target? Even though he wasn't at home, could the murders have been a warning to him to not mess with the Brotherhood?

And, is it really a coincidence that the shakeup in the BEL happened at the exact same time as the murders? Given the historical context of what was going on at that time, I really doubt it. BTW, I'm not "pro Manson," because Manson is obviously NOT a nice guy. But, I AM pro history: we absolutely have to look at the big picture. And another thing, I'm not being original here by any means, because this connection has been suggested to me by some very thoughtful and intelligent people. I'm just trying to bring attention to it. What do you think?

I don't know what to make of this but, I do have a question. How in the world, did Mr. Stark get all that darkness around his eyes? I see this coloration from time to time and can't figure what causes it. Was it just bad photography?

Is that Stark, or is it Gene Shalit?

Matt said...
Is that Stark, or is it Gene Shalit?

i DID THE SNORT LAUGH!

This post is a little broad but a reader sent me more specific info to look into with names id never heard before. Sounds promising to Patty, I will keep y'all posted.

All the acid talk has got me craving some double barrel purple micro dot.
But at my age I would most likely end up in the emergency room.

But I am always down for some mushrooms. : )

Nixon’s statement may have been the origin of a ‘Butterfly Effect’ in politics. Nixon made that ad hoc statement at a law enforcement conference in Denver, Colorado. For some reason we seem to think that politicians and CEOs must be experts on all subjects at all times. This expectation produces extremely fertile ground for gaffes, misquotes and verbal face plants. The alternative of viewing these individuals as regular people or empty vessels in a nice suit; is apparently too painful to accept.

Nixon makes his statement about Manson’s guilt to a group of law enforcement professionals. Hurray! Then the newspapers take that statement and make it a headline. Oops. Then Manson uses it as fodder for a mistrial. Ah crap. Then Nixon recants saying he didn’t mean to prejudice the trial. He says this as a career…… lawyer. Bullshit. The next day the three girls chant in unison “President Nixon says we’re guilty, so who go on with the trial?” I would say this appears to be a strategy to cause a mistrial.

If Nixon said that to accelerate or insure the conviction of Manson, it was a poor plan with horrendous execution. Although one could say it is hidden in plain sight as a strategy, it does not align with Tricky Dick’s typical MO of backroom deals or the theatrics of finding micro-film in a pumpkin patch.

Nixon made a visit to Lima, Peru where he was pelted with vegetables, eggs and insults, as he was driven through town in a convertible Edsel. Nixon responded to the press that the people weren’t throwing that stuff at him, but at the car. Two years later, Edsel production ceased and has occupied the top ranks of biggest blunder in automotive history. Was this also caused by Nixon?

Nixon was probably riding some fickle waves of populist sentiment regarding the Edsel and Manson then experienced a wipeout. I think the Edsel is a supremely ugly automobile and equally deserving of being more directly called the ‘See You Next Tuesday’ Car, used by rough hewn mechanics. Considering that Nixon worked for Studebaker (a car company from the distant past) before becoming president, one could say he made the Edsel comment because of his ties to his previous employer. It makes for great story telling, but does it really stand up to any serious scrutiny?

Patty im yet to buy the 1st book you talked about concerning The Brotherhood but it peaked my interest enough to Google some more info. Just wondering if you were aware that as late as 2009 the feds aressted a minor player who was living in excile in Burma or somewhere sorry it escapes my memory as to where he went into hiding but was arrested by the feds at San Fran international airport after almost 40 yrs in excile.
love your posts your my personal favorite plus you and Mat where first people to welcome me so thanx again PEACE

The automotive allegory continues with the astonishingly repulsive, Pontiac Aztek. Take a read on how the author equates his distaste for this loathsome excuse for a vehicle:

One of the Worst Cars of All Time

That’s some far reaching prose when I can actually visualize one of these things with a forehead, and connect with the writer’s viewpoint.