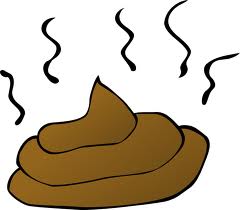 A short story from Jesse2112

My name is Mr. Turd, and I lived for a long time in Susan Atkins colon until, one day we got into a fight and she left me hanging on a stairwell in a apartment building.  But boy did I see and hear a lot while I was with her.  The girls were nothing but mushrooms to the Manson family men, fed shit and kept in the dark, and it is why I thrived and stayed so long.  But now I have been left behind in a stinky pile and I am ready to spill the beans.

I overheard Stabby Tex talk about how he was going to rob and kill some friends of his in a big house on a hill.  He said he was going to steal their drugs, take their money then murder everyone in his way.  He did such a great job at it, that his friend Charlie took Stabby Tex along with him the next night to fulfill a mob hit on a gambler who didn’t pay what he owed.

Now Stabby Tex didn’t realize it at the time, but when he arrived at the house of the gambler whom did he see?  Only his biggest competitor in the drug business.  A lady who used a dress shop as a front for her drug dealing.  Stabby Tex always wondered how the police didn't figured out that, you can’t have millions of dollars in the bank just from selling dresses from a small out of the way shop. Stabby Tex  assumed the police would have busted her long before now, and eliminate his competition.  Well since they never put 2 and 2 together it was time for him to take matters into his own hands, his Stabby hands.

So with a vengeance he stabbed, hacked and carved ‘WAR” on the gambler’s stomach to make sure everyone would get his message that he was the top drug dealer in town and no one better challenge him again.  Afterwards Stabby Tex looked high and low for more competitors to stab,

but they all went into hiding in the desert thinking that a race war had started.  So before long Stabby Tex got bored with no one else around that needed stabbing and decided to go back to Texas and tip some cows over until time had past and his competing dealers came out of hiding and he could return to his fun time of stabbing.

Unfortunately for him my cousin Virgina Graham, yes I know we look more like identical twins but we are only cousins, had befriended my old roommate Susan and they were busy telling the police about the murders committed by Stabby Tex.  Shortly afterward he was arrested and put in jail where he became the worlds most devote Christian (but only while cameras were watching or it was close to a parole hearing) and has been in prison ever since.

I thought this whole episode was over, but low and behold, my father, who looks a lot like me, was assigned as the prosecuting Attorney.  I told him everything I knew about the crimes, and afterwards as he stroked my face lovingly, he said, “Son, I cannot go into that courtroom with the truth or any version of the truth, that motive will not sell books.”  So we sat up late nights coming up with our own motive and called it ‘Helter Skelter.”  Now I am one of the richest turds in the country with a great fiction book that everyone purchases.  My dad was so right, “Damn the truth.  People do not want the truth.   They want my stories and Latin dance music."

This awesome, first-person account from Sadie's pinched biscuit reminds me of an old joke:

Q. How is the Star Trek Enterprise like a piece of toilet paper?

A. It circles Uranus looking for cling-ons.

I love this shit!

All this talk of acid and turds reminds me of the movie Dune.

Damn, good thing they didn't have DNA testing back then. They could have taken Susan's / Sadie's turd that she blew out on that apartment stairwell during the second murder attempt the night of the LaBianca murders and got her for attempted murder on that as well, not that it mattered much in the end. Considering the garbage she was eating at the ranch like they all were at the time it must have stunk like fuck. Always wondered who brought up that detail first, the first time I heard of it was reading about it in the Helter Skelter book and I always wondered if Vincent Bugliosi just made it up to emphasize his regard as Susan / Sadie being an "animal".