This Day in Manson History 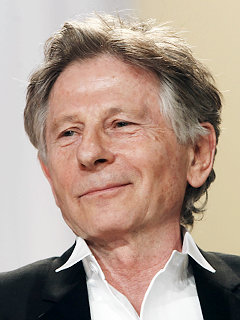 On this day in 1933, Roman Polanski, the director of such films as Rosemary's Baby, Chinatown and The Pianist, is born Rajmund Roman Liebling in Paris, France. As a movie director, Polanski has received numerous honors, including an Academy Award; his personal life, however, has been marked by tragedy and controversy.

Polanski grew up in Poland during World War II, when both his Jewish parents were sent to concentration camps. His mother died at Auschwitz. As a young man, Polanski studied film in Poland; he made his feature-film directorial debut in 1962 with Knife in the Water, a psychological thriller that received an Oscar nomination for Best Foreign Language Film. Polanski then made a series of films in England, including The Fearless Vampire Killers (1967), which featured Sharon Tate, an American actress who became his wife in January 1968. Polanski's first Hollywood film, Rosemary's Baby, was released that same year. The horror film, which starred Mia Farrow as a woman impregnated by the devil, was a box-office hit and earned Polanski an Oscar nomination for Best Adapted Screenplay.

On August 9, 1969, while Polanski was out of the country, Tate (then eight months pregnant with the couple's first child) was found murdered at the couple's Los Angeles home, along with four other people. Members of an infamous cult led by Charles Manson were later convicted of the brutal crime. Reportedly devastated by the tragedy, Polanski continued to work steadily in Europe and Hollywood during the 1970s, directing such films as Macbeth (1971), What? (1972) and Chinatown (1974), starring Jack Nicholson and Faye Dunaway. Chinatown, a dark story about land and water rights in Southern California in the early 20th century, was nominated for 11 Oscars and won for Best Original Screenplay.

In 1977, Polanski became embroiled in controversy when he pled guilty to having unlawful sex with a 13-year-old girl. In February 1978, Polanski fled the United States before he could be sentenced. Thereafter, he continued to make films in France and Poland, where he couldn't be extradited to America. His 2002 movie The Pianist, starring Adrien Brody as a Polish-Jewish musician during World War II, earned Polanski an Oscar for Best Director. Fearing he'd be arrested if he returned to the United States, Polanski did not attend the awards ceremony.

has everyone seen the posters at 711s and mini markets advertising for Zig Zag cigarillos?
Id bet a $100 that is Charlies face