She's never gonna finish this thing, is she? The following article from March 16 is the most information I could find on the topic and some of it is quite laughable. From http://technorati.com/entertainment/film/article/manson-girls-a-conversation-with-susanna/ : 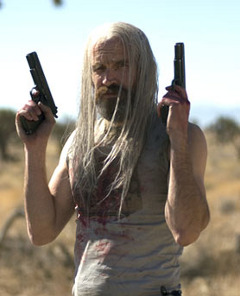 "It's safe to say that if you haven’t yet heard the story telling of director Susanna Lo the chances are pretty good that before the year is over that will all change.

All of the elements for the film are already in place: the cast, the crew and locations. Filming of the movie’s trailer has already been shot and main shooting for Manson Girls will begin once additional funding is complete.

gJg: What’s the current status of the movie? I was reading articles that said you have been filming for a year or so.

SL: Actually, we started filming some scenes right before the holidays and then we took a bit of a break to go to Berlin and raise some more funds. It looks like there are quite a few people who are interested in providing the rest of the funding for it.

gJg: That’s a good situation to be in.

SL: Yes, fortunately we’re in the position of being in the middle of some what of a bidding war so it gives us some choice. It’s the ideal situation because we’ve wanted a large theatrical release from the get go. We don’t want it to end up in just ten theaters or anything like that.
gJg: I believe there’s also a contest for musicians to have their own original song added to the official “Manson Girls” soundtrack. What made you decide on a contest?:

SL: Well, we recently held an auction where the winning bidder received a walk on role in the movie. The response to it was incredible. So much so that towards the end it actually turned into a bidding war and even the people who wound up coming in second and third contacted the people who ran the contest for us and offered to pay more. <laughs>
That was so successful that we decided to also open the doors for the music soundtrack as well. It’s exciting.

gJg: How can people get involved in the contest?:

SL: We’ve set up a website with all the details: http://www.mansongirlscontest.com.

gJg: Is there a release date for “Manson Girls“?

SL: We’re aiming for October 2012 release. The film festivals like Toronto are definitely interested in having us so we’ll be pushing some of those deadlines which come up in the August/September time frame.

If you are curious enough to link to the song contest, you will notice that the URL is now for sale. Some bidding war! Oh well, I'm just bitter because Susanna promised to send Liz a free T-shirt and then never did TWICE.

I viewed a trailer for this “Manson Girls” movie, last December.

A few highlights (or lowlights):

The beginning of the trailer clip, depicts Susan Atkins on Sharon's bed.
Susan is hunched over Sharon, as Sharon sleeps.
Susan awakens Sharon with a tender kiss.

Later in the clip…
Manson not only slices Hinman's face, but stabs Gary twice in the chest.
Already stabbed twice by Manson… Susan Atkins finishes Hinman off, by putting a pistol in his mouth, and pulling the trigger.

Unless Susanna Lo made drastic changes to the entire script, since last December… this movie is going to be horrible.

Who in the hell is that suppposed to be in that photo?

yeah, Patty, this one has reached the 'who cares' stage cept we all love a good train wreck so hopefully it does get made.
It really does piss me off though because I have always thought a "feminist perspective" of the Family structure and dynamics would be interesting.
I mean, obviously Charlie had the power, but as he has said many times the girls gave it to him. In many ways the Girls ran the show.
What I would have done with a Manson Girls story would have been to take two characters like Ella Jo Bailey and Lynnette and used them as a focal point to see how when Charlie morphed from the love guru to Adolph's bastard son the girls were split. Some of them had bought into Manson so far that they went along without a second thought. Others like Ella Jo and probably Kitty and Stephanie and others were never going to buy into the violence so they ran.
But was there a tipping point.
And you know what would have been killer? (No pun intended). But you remember the old film 'When Harry Met Sally' and how Reiner in making the film interspersed the story with short interviews of real people discussing their relationships and such.
Well, imagine a Manson Girls movie that had short interviews with the real players interspersed. Of course it could never happen and Sussana probably couldn't get within ten miles of Squeaky or Mary or any of the others save maybe Barbara and Cappy.
Ah, crap, I am babblin. Sorry.
I would have liked a feminist interpretation of the TLB saga...
but a lesbian interpretation???
Just doesn't fly.

The Col said this would never happen years ago. Nothing to see here, move along.

Music can change the whole meaning of a film. A filmaker who would allow a song in their film because it won a competition or bidding war is rediculous.

That is Bill Moseley as Otis B. Driftwood from "The Devil's Rejects."
He is suppose to play Charlie in "Manson Girls". During one scene of "The Devils Rejects" he about to murder someone and he says "I am the Devil and I'm here to do the Devil's work."

In the pic from this link he looks a little more like Charlie. Moseley is around 6' tall though, a lil taller than Manson, but I think I remember reading before that Manson isn't even suppose to be focal character of the movie.

Beware of this woman!! I knew her in West Hollywood, a total con artist who steals money for her own pleasure