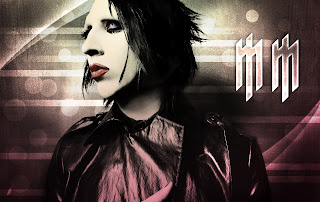 it’s taken me a long time to get there from where I could touch M. Manson. Now I got a card to play – you may look into my non-profit, ATWA, and give Manson what you think he’s got coming for Air, Trees, Water, and you. Or I will pay Manson what you think Manson got coming – the music has made Manson into Abraxas Devil, and I’m SURE you would want some of what I got from what I got. It’s a far out balance."

Beyond good and bad, right, wrong. What you don’t do is what I will do – what you did a sing-along, and let it roll and said how you saved me a lot of steps – I don’t need, it’s not a need or a want. Couped – coup. Ghost dancers slay together and you’re just in my grave Sunstroker Corona-coronas-coronae – you seen me from under with it all standing on me. That’s 2 dump trucks – doing the same as CMF 000007. Charles Manson."

Anybody have a clue what he said in that letter? A.C?

Maybe he's saying I let you use my name(even though he didn't) and so far nothing bad has happened. Give Manson what Manson is due(money), but give it to ATWA or at least give ATWA some publicity or maybe something bad might happen.

Just a far out guess on my part.

with all my years (started in 1994)of research on manson i can never understand his letters---so frustrating.

I agree with Stacey and if you know about Marilyn Mansons band everyone had similar names Twiggy Rameriz, MAdonna Wayne Gacy,Gidget Gein, I mean if this is the case I guess MM owes money to every one of these guys whoses names they used in combinations-(pretty clever btw)- their families dogs favorite charities 'etc

Matt, it's on "Manson Direct" AND Marilyn's fan site.

Candy, Marilyn Manson also used Charles Manson's lyrics and sampled some of the music. Musicians who do so usually pay their contributors. Or get sued. "It's bloody nicking someone else's song!" Ozzy Osborne

I've always wondered and wanted to write to CM and ask him what he thought about MM and Rob Zombie using his looks his music etc-and AC yeah I agree if they used Charlies music ( I know Mechanical Man was recorded by MM, not sure which one he sampled?-I read someplace Rob Zombie wanted to sample something from an interview and Charles didnt want him to ? ( could be wrong here)-so he sampled Pat krenwinkle saying "Im already dead"-then MM should compensate Charlie-I dont remember what happened when Guns n roses used his song besides something about no royalties could go to Charlie-? anyways maybe someone else knows about it

So, Charlie must have spell check now too.

I'm always disappointed though that he never says, "I'm a ghost of a phantom of a shadow in the heart of your children..."

It can be argued I guess that MM's use of the name & references to CM & The Family have generated new interest from the young 'uns nowadays. To the benefit of Charlie's ego, awareness & appreciation of his music & philosophy, and ATWA etc.

Similarly, the band Kasabian. And lots of fringe bands that use the lexicon of Manson lore have generated curiosity.

Otherwise it would be just all you old fogies LOL that know about this stuff.

And it wouldn't surprise me if Marilyn had secretly been sending Charlie some money for stores all along. Give the devil his due, and all.

Matt, this is my read of it;

Charlie is letting Marilyn know that, if it weren't for him, the dude would have no career, and just because Charlie is in prison, there is no free ride and Marilyn is indebted to him and needs to be paying the tab.

(I've read quite a bit of Charlie's writings over the last few years, and maybe it seems odd, but I feel like I understand what he's saying...most of the time)

I don't believe Charlie could sue for anything.

I doubt he legally copyrighted any of his songs. Even if he did, isn't it illegal in most states for an inmate to profit from anything related to their crimes?

I don't believe Charlie could sue for anything.

I doubt he legally copyrighted any of his songs. Even if he did, isn't it illegal in most states for an inmate to profit from anything related to their crimes?

It could also be argued that CM's name is in the public realm since he is so well known.

any royalties manson is due would go to the frykowski family. that is what happened with the guns 'n' roses money.

If it was so widely interpreted that an inmate can't prosper from intellectual property, Martha Stewart's entire magazine / T.V. fortune could've been ceased when she was jailed for tax evasion.

@A.C. it's a bit different. She was famous and started a corporation before she went to jail. If a CEO goes to jail or dies, the business doesn't just shut down.

There'd be no knowledge of Manson if the murders hadn't happened.

Ok, I reckon I can speak Manson. Here's my translation and I reckon I am spot on.:

Don't think the legal/copyright/whatever issues would interest Charlie. He states all the time that he lives by the code of the prisoner: don't ever snitch (hence he won't tell the motive); don't lie; be true to your word; stand by your friends; be ready to fight for these principles. "Beyond good and bad {are} right, wrong".

He is essentially telling MM to do the same. MM has made a fortune off his back while CM has rotted in jail "you seen me from under with it all standing on me".

CM thinks that MM thinks that he has done CM a favour, by bringing his music to the public in a way CM could not have done: "{YOU, MM} said how you saved me a lot of steps {when you} did a sing-a-long and let it roll".

But CM does not need the success. "It's not a need or a want". However, he feels it's certainly out of order for a man to steal another's music and claim you're doing him a favour.

So it's about time some redress was made. CM has let it slide "it's taken me a long time..." Plainly put: make a large contribution to ATWA. By doing so, you benefit yourself. Now this bit is a cleverly veiled threat to beat the censor: "Give Manson what you think he's got coming for Air, Trees, Water and you," meaning both 'you're saving the Earth you also inhabit' and 'you are saving yourself from...what?'

Something very nasty. All the persecution has changed Charlie from a Christ to an 'Abraxas devil" . Doubtless through endless solitary, he has developed mental powers that are extraordinary (and I for one am no longer thinking that stuff is bullshit). Charlie was well up on Scientology plus he had his own strange inborn powers, plus he's had 40 years to hone them, along with his rage.

So, he'll give MM "some of what I got" from where he got it. From the source, from the depths.

Sarcastically: "I'm SURE you would want some of what I got from what I got. Probably means "from the place I got it", i.e. this demonic source.
Why is Charlie "SURE'? Because MM is always dressing as a demon and implying he walks on the wild side. Charlie is saying: "Here's the real thing, Marilyn. I'm happy to share. You want some, don't you? No?"

To the Ghost Dancers. CM is talking about united mental force. He's insinuating his consciousness is part of a higher ascended (or descended) order that can strike with fearful force. "Ghost Dancers slay together". The "Sunstroker Corona-coronas-coronae" bit sounds like a spell of some kind but probably just intended to unnerve.

Why Ghost Dancers? They were the remnants of the persecuted and destroyed Sioux, attempting, through the power of the Dance to drive out the white man. they are gone, but the power remains. A persecuted people, angry, vengeful, a people who reached out to the white man and were betrayed. Perfect for Charlie.

So, a bunch of spiritual attack threats. But it's the usual Charlie stuff of "I'm not violent, I only give back". You take from me, I will revenge. He's the Angry Birds of hippy killers. All in all: "it's a far-out balance". That is seriously creepy. It seems Charlie really believes he launch an attack on MM with his mental force and who is to say he can't?

Remember this:
"In my mind's eye, my thoughts light fires in your cities".

I remember Rob Zombie's film House of 1000 ...corpses? is it? or something, i was given a jump when at the start a pretty blond girl is quoting Sandras's lines about Whatever is necessary to do, you do it.
Wow, Sandy is so well-spoken. Such a high-class voice.

Fiona1933, everything you said was brilliant.I believe there is ryme and reason, "IN" everything charlie says. It's just that, he uses "CODES" when he talks. There's a beautiful flow, a rythem, almost a melody, to his sayings. Also charlie uses a technique that is used in indian, and spanish music, which is to play (or say)a line forward, then repeat the same line backwards. sprinkled throughout his sayings is the liberal useage of inverted melodies. By the way, Fiona, are you a woman? I find it hard to fathom, a woman with analitical capabilitys.

Hexjoe, did you really ask if I am a woman??? Such a lovely complimentary comment and then this backhander...don't know whether to accept the compliment to myself or insult to my gender. It's like when I go to Europe and am always taken for French: it's a compliment to me and a resounding insult to my nation. I guess I must be a woman, since I'll just accept the compliments.
Why can't women be analytical?
But it is funny...whenever I comment on youtube and stuff, I am always taken for a man.