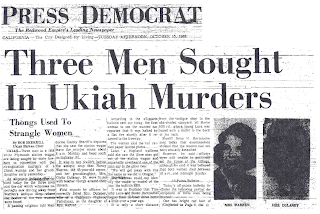 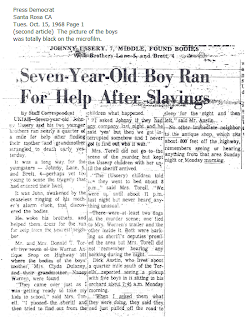 This entire chapter of the Family intrigues me. Susan Atkins spoke about is briefly in her book, and I have never heard Krenwinkel mention it. I really don't think they had anything to do with this murder, but if they did then it's one more strike against Bug's theory of Manson programming his Family to kill. According to Atkins, Manson told them to leave because he felt that the "Family thing wasn't working out." If that is true or not, who knows. I think Atkins was trying to make herself a leader as she said in her book that she could read the girls' minds and was in control of them. After reading up on some other killings (Like the Mark Walts) I am beginning to think more and more Manson or Watson or a Family member did have something to do with his death.

Today, if a headline said a woman was strangled with thongs, I'd think, underwear.

Today, if a headline said a woman was strangled with thongs, I'd think, underwear.

is this the time period when watson and morehouse borrowed melchers jaguar and credit card and travelled to mendocino?