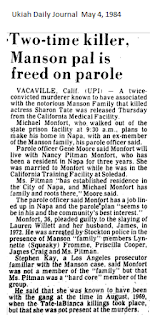 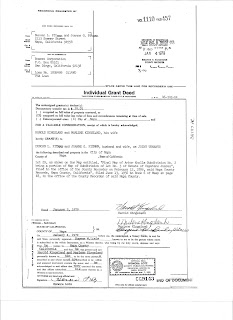 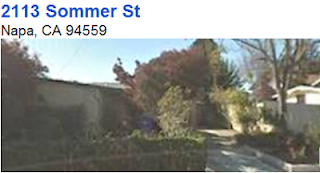 I'm assuming Nancy got released in 81?

wasn't nancy part of the aryan brotherhood when the nuness stuff started. i think she, gypsy, and mary had left manson by that point.

beauders ya I think they were ,but it somehow seems Nancy and Squeaky and Sandy were still VERY close-but who knows maybe She wouldnt have went against her guy also .

yes i remember the girls somehow stayed close while the guys battled it out.

The crazy thing is that between 1988 and 1992 I lived next to the monfort family in Lake Tahoe California. I actually went to high school with Nancy's kids Eric, Sean and Orrin. Those boys more big trouble back then stealing and getting drunk all the time period it's no wonder how their family ended up all in jail at 1 point and time

I went to elementary school with Sean. He was in my fifth grade class. He leant me a comic book one time with a kid getting killed in it, and it made me upset. He wrote a story in 6th grade about his entire school getting taken over by terrorists and named actual staff members getting killed. He had to write a new story. He was always nice to me though. Never bullying or anything.