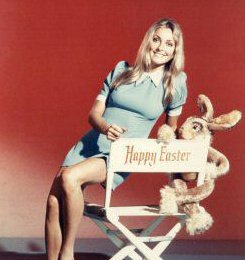 Happy Easter and/or passover to all...

Hey Matt etc....
you know what thread I would love to see on this blog....

There was a post by Beauders recently where she mentioned that Bruce had been offered immunity in the Gaul/Sharp killings. I had never read or heard of that before. Maybe not a huge thing in the grand scheme, but I thought it was a very interesting tidbit.
And I am most embarrassed to admit that up to a few months ago I had never heard of the Tex Tapes.

All this just leaves me wondering what else us "garden variety" TLB students don't know about.
I think that would be an interesting thread. I thought about asking the Col since he claims ultimate knowledge but you never know if it is his time of the month.

Leary, I won't let any cats out of the bag, but make sure you read Eviliz this week :)

Leary in theory that does sound like a good idea but I am afraid if we came up with a list of 10 tidbits 8 of them would be boring to most because the tidbit was so insignificant to begin with that most promptly forgot it, writing it off as ho-hum.
A current example would be Gray Wolf having been arrested back in 1970 with other Family members, something I never knew but once we posted about it, seems everybody and their brother already knew about it.

What might work though is a post asking our readers what little tidbit they were surprised to learn from reading the blog and comments. That might drag some arcane knowledge out of the woodwork!

I, too, did not know about the Tex tapes until the news that LA PD was trying to get them was plastered all over the place.

yes, of course you're point is solid Deb. But I confess that I am a tidbit junkie. It humanizes the story - even an arcane tidbit like what Stephanie and Barbara wore on their 16-hour long hike out of the desert. Did they do it barefoot? Or better, obviously, what did they talk about. Is that info in some police report I have never read?
Did Tex ever contemplate killing again once back in Texas after TLB? Or when he was in Mexico or Hawaii? Maybe that is in some obscure psych report I have never read.
It's like the schtick Chris Mathews does on his Sunday show where he asks his panel to "Tell me something I don't know".
Guys like the Col like to brag how they know a hundred times more about TLB than what us plebes and inbreds do. I'd just like to see a sample of such knowledge. I'm sure it is there, I just have never seen it laid out in a coherant form.

Happy ,litle late, Easter to everybody here at Eviliz

cant wait for posts!! thanks for asking Leary!!

I've read twenty some books on skelter, but I never scoured the world for magazine and newspaper articles on the stuff, like maybe some of you have done. My advice is to not be dissuaded by negative book reviews. If you really are after some info, just dive in, no holding back. The problem is, most of the books are out of print, and hence tend to be at price gouger prices, unless you've got automatic searches going on, like me. It should be obvious that just because one is willing to read such a book, it's not a reasonable assumption that every single detail would be believed. One is still able to decide what to believe for oneself. I think there's something like 60+ books on skelter, so I've got about 1/3 down, 2/3 to go. But I think I've read the best ones.