Desert Sun was a band formed by Shoshone - Tecopa residents Paul Watkins and Brooks Ramsey Poston in the early 1970s with the help of other local musicians. 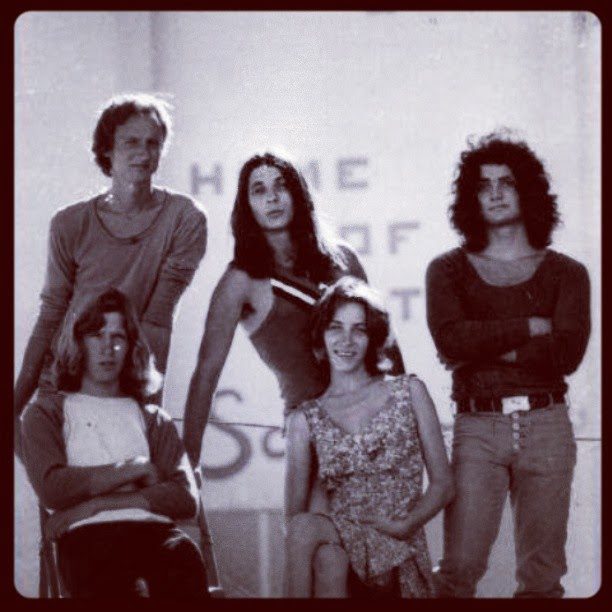 The blond guy seated in front of Brooks is Clinton Crable, who died in 2003.

Ever wondered who the curly haired guy is? It's actually Paul's brother, John. John is a very well known Topanga musician. 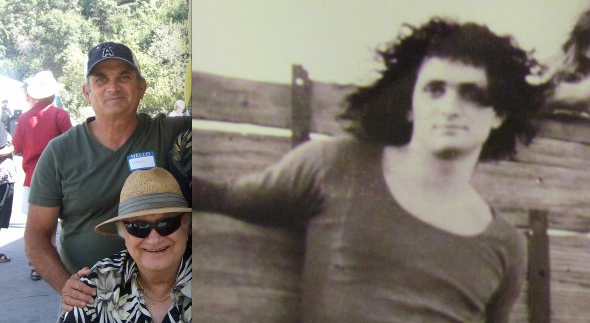 When Desert Sun split up and Paul Watkins went to work in the mines of Tecopa, he staked out his own mining claims, divorced, remarried, raised a family, wrote a book on Manson and headed up the first meetings of the Chamber of Commerce. 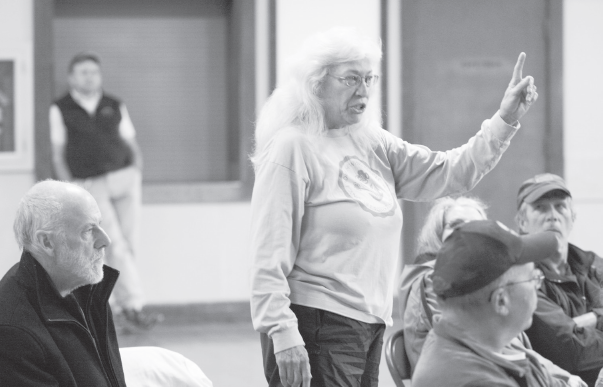 I thought John might be Brian May, of Queen and I usually think Little Paul, with extra long hair, is a girl.

I think God broke the mold when he made Brian May. To be considered one of the greatest guitarists of all time and have a Ph.D in astrophysics ain't shabby.

This whole Watkins, Poston, Crocket "thing" was always such an interesting aspect of the MANSON case, At the time, when they would come down to go before our cameras, it was rather obvious that Crocket was becoming the father figure that Watkins and Poston were running away from in Charlie.

As for a really "good guy" becoming just another con-man (for money,) look no farther than the Pope AND it does say right on the US dollar bill: "In God we trust."

Of course, the whole world economy is based on an "illusion," that ONLY an illusionist knows how it really works. IE: How many know that the modern day "stock-market" is based on a 100 year old money scheme?

Matt,....did you know ALL the Queen members are well schooled..... IE Roger Taylor studied dentistry and became bored with that !!! Changed to Bioligy and earned his master...

Hans! Good to see you. I was worried! LOL.

Hey Matt....dont worrie, not gone. I follow everything. But been a lil bussy lately, We moved from the Big City (for USA City standards little )to a nice cozy kind off Country village. lot of work in the house and things like that. but I check out on you all on a weekly base. Greetz from Holland

Robert Hendrickson, I have talked to some old-timers (well, not even- these people are 55-65ish) in the Tecopa area (at one time I wanted to do a documentary on Desert Sun, but an unknown jackass put a stop to that!), and a few remembered Crockett and they all had nice words to say EXCEPT that he "had this way with the young people, where they would do anything for him." This was coming from a lady who was 50-something.

That to me, sounds an awful lot like someone else we know!

Hello Dooger, please allow me to ask you a little question. Totally Off-Topic but I have to ask. You used to go under another name ,,Ole J.C. ,, and on the site ,Scribd, you had a verry interesting Docu under the name ,, The Manson Myth ,, I was reading that about a month or 3 ago, but couldnt finnish. Now last weeek I tried to get it back and it was taken down. It also took me a while to realize that it was you ,but you changed your Name on here ....so it was a lil confusing to me. But please can you give me another URL or can you send me the Full ,Manson Myth, ?? Thankz anyway and best regards Hans