Did you know that Paul Crockett got married to his long time wife on the 10th anniversary of the Tate murders?  I did some checking and found that the 8th of August was on a Wednesday in 1979 so it seems like that date was deliberately chosen.

How about that!  Celebrating what should be a joyous occasion on the anniversary of the Tate murders somehow seems weird, creepy and bizarre considering that he was so closely involved with the case and Family members.

The first document has Paul's middle name misspelled and the second document amends the first. 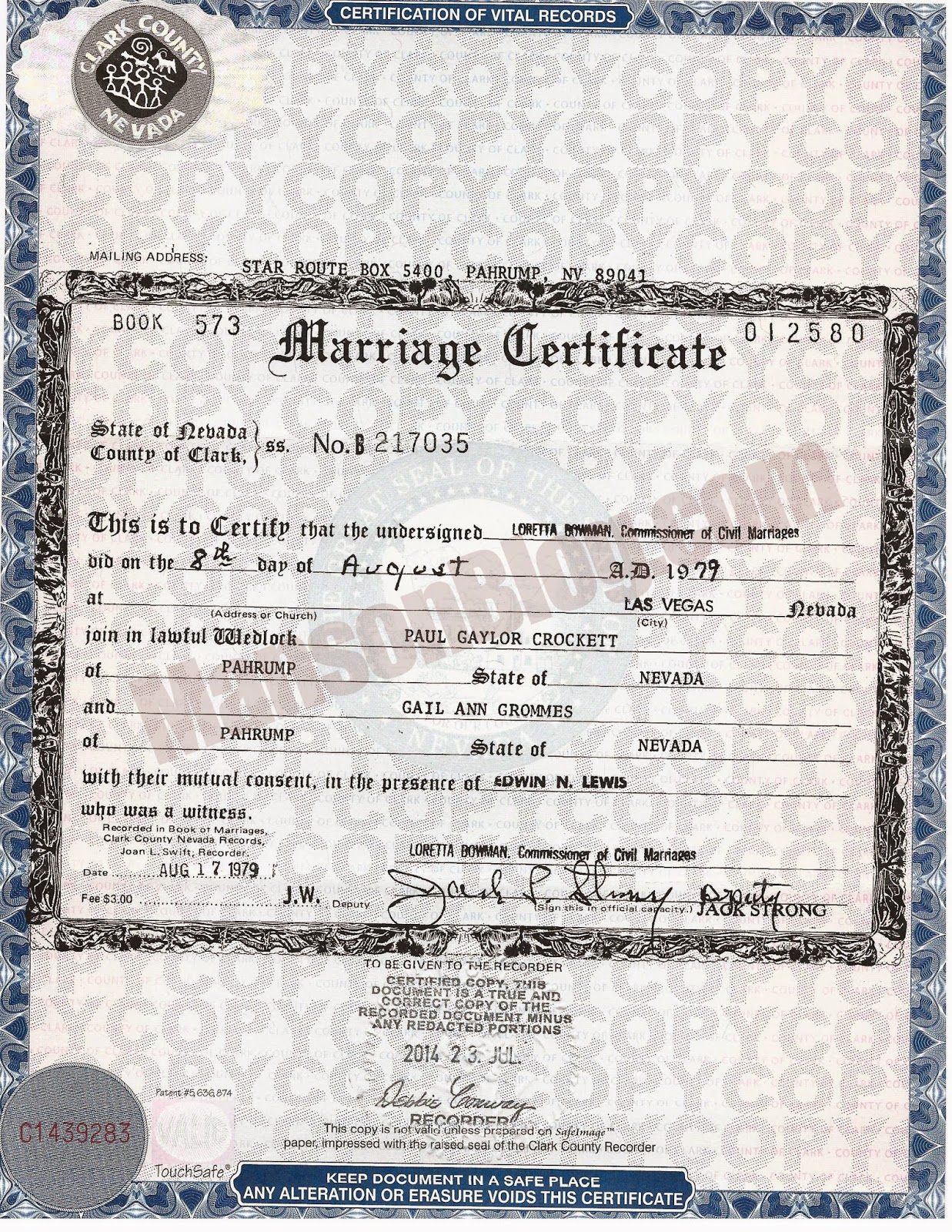 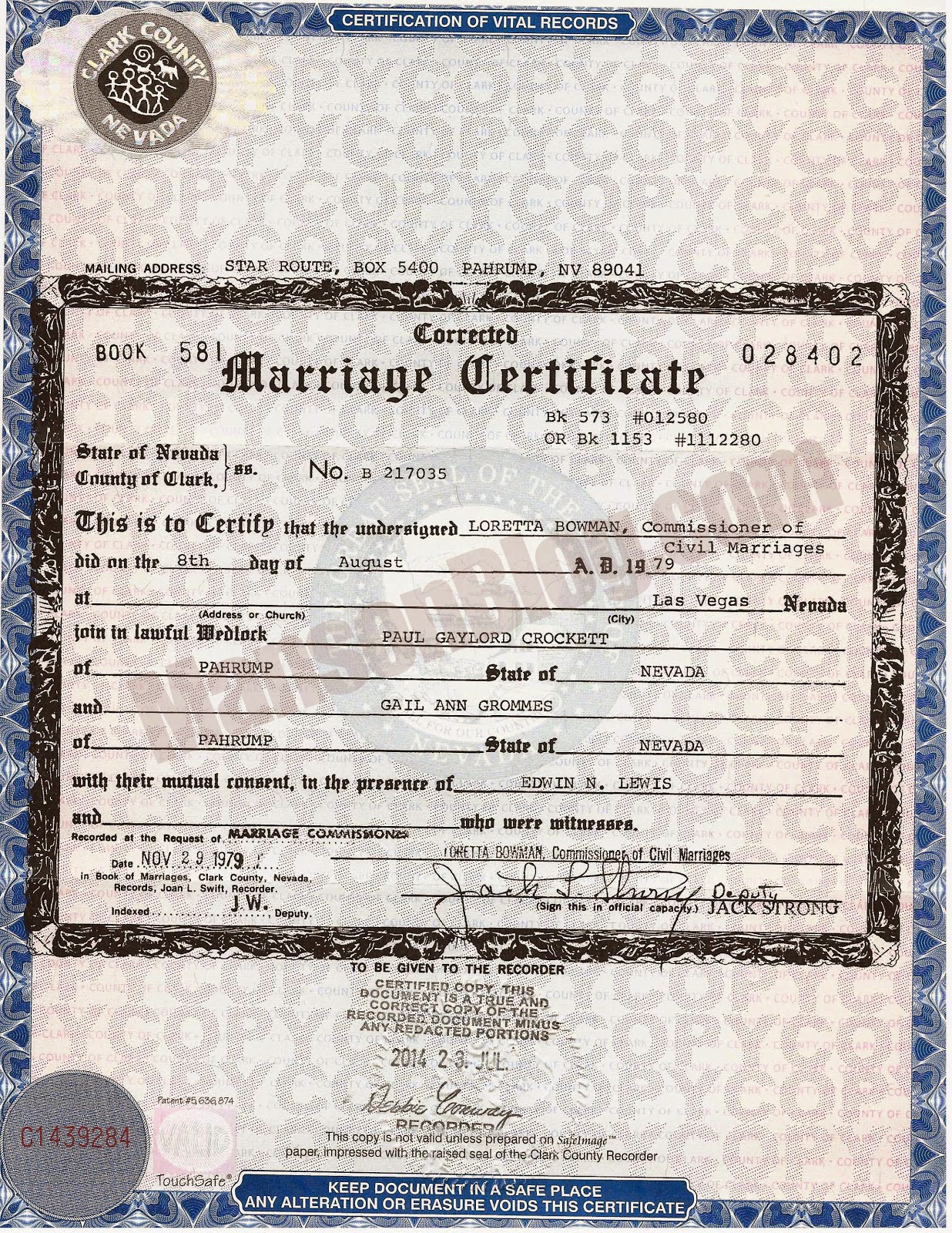 He had to have known.

But the again, maybe not.

Brooks would've known - I'm guessing he was his best man?

I don't think that Brooks was best man. The witness was Edwin N Lewis and that looks to be rubber stamped as if he was someone who worked marriage department of the Clark County offices.

I have other Clark County marriage certificates and when the couple that is getting married brings their own witnesses those witnesses are on the certificate. Nancy Pitman's marriage to Grant has Catherine Share and Steve Grogan as witnesses.

I've wondered if Crockett and Manson were closer than reported.

The marriage date could just be a coincidence......but the first thing I thought of was when Crockett threw out "do you think old Charlie did that?"
Talking to Watkins and Poston about the murders before he was supposed to have known Manson.