Let me tell you, it ain't pretty!

EXCLUSIVE: Charles Manson's 26-year-old bride is 'an opportunistic pariah' simply interested in his hidden fortune, says his son, a musician whose mother was raped by the imprisoned serial killer, 80 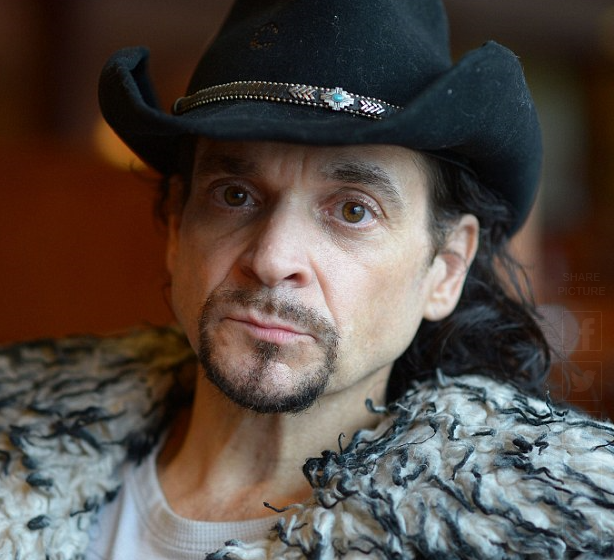 God forbid someone ride M's coat tails for fame and money... like proposing a reality show called "Son of Manson" or writing songs, claiming one to be your father when DNA says different.

Just because he has dark hair, brown eyes and a beard doesn't make him Manson's son.

How much of a fortune could Manson have? For sure: iconic rock stars, true-crime authors, documentary film makers, and college professors don't owe him one cent.

Joseph, rape isn't about having opportunity for partners or not. It's about committing violence against another person. Your statement isn't logical.

Star is cool. People need to quit insulting her.

TO "Many Numbers" RE: "Dances with Charlie" The value of Manson's FORTUNE may rest in HIS afterlife. AND in California HIS heir is entitled to his namesake which could become of significant value. Just reading Dr. Dave's material I now REALLY realize CM has the potential to become a NEW JC. Jesus Christ WAS just another "establishment" trouble-maker with long hair, a beard and sandals until 80 years AFTER his death when someone stated writing about him. It might have taken ages for HIS teachings to catch-on, BUT when the CHURCH realized what an opportunity the Jews missed (having a KING and all) it capitalized on the story. Of course, the real genious was someone's idea to piggy-back the Jesus Story onto the Old Testament and call it the BIBLE. IF Charles Manson only becomes the world's official ICON for EVIL - there is NO competition.

Even Child Molesters and Rapists are now finding NEW celebrity. The times - they are a changing !!!!!

CNN did a DNA test comparing Matthew Roberts DNA to Jason Freeman's DNA. They did not match. As far as I know Charlie has never given up his DNA to be tested against anyone's. It is possible that Jason Freeman is not Charlie's grandson.

But he also reminds me of Paul Watkins

A big fuss over bugger all