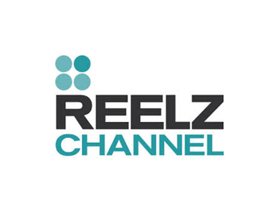 REELZ today announced the new original two-hour documentary "Charles Manson: The Funeral" premieres on Saturday, April 13, 2019 at 8pm ET/ 5pm PT. "Charles Manson: The Funeral"* goes inside THE JOURNEY of Charles Manson's grandson Jason Freeman who fought to control the notorious cult leader's body and funeral. What unfolds confounds Freeman as he wrestles with the duty of caring for a deceased relative who also happens to be one of the world's most vile criminals.

"This documentary shows the unusual real story confronting Jason Freeman who struggles to comprehend his role in a situation that involves family, infamy and the inevitable event of death," said Rob Swartz, SVP of REELZ Development and Production. "Freeman's story will no DOUBT leave viewers asking themselves what they would do if faced with similar circumstances."

Years before Charles Manson became the cult leader in California he was married to a woman in Ohio and had a son named Charles Manson Jr. who would later father Freeman. Since Freeman's mother and father were never married Freeman kept his mother's maiden name though the specter of the Manson name still loomed large throughout his life. When Freeman was only 16 years old his father committed suicide leaving him with complex emotions about his lineage and eventually increasing his CURIOSITY about his infamous grandfather and what it all means for his own young family.


"We wanted to explore the incredibly complicated choices in Jason Freeman's story," said Buddy Day, director of 'Charles Manson: The Funeral'. "What goes through your mind when this evil person who hardly anyone wants to be associated with is your grandpa and now you have his body? Do you ignore it? Embrace it? At the end of the day Manson was still a family member and despite the menacing Manson cloud Freeman grew up with he still feels his grandpa deserved a proper burial."

"Charles Manson: The Funeral" follows Freeman as he comes to terms with a legacy haunted by his grandfather's heinous deeds and the weight of the Manson name. The documentary goes inside the funeral with the first-ever footage of the service and cremation and shows viewers what happens when Freeman crosses paths with Manson supporters who want to say goodbye and add their own disturbing touch to his memory. In an effort to try and comprehend who his grandfather was Freeman meets with Dianne Lake, former member of the Manson Family, who gives him insight into what life was really like at Manson's Spahn Ranch. Throughout it all is Freeman's wife who finds herself thrust into the spotlight once her husband attracts media attention in his bid to claim Manson's body.

That sounds really interesting. Don't have REELZ but hope maybe show up on youtube.

Sounds like a documentary - something I could watch while holding my nose. The other two aforementioned films -- meh.

Yes, REELZ has a shit track record for certain...

You think anyone got paid for their part in the film?

Or did everyone do it for free because of all those complex emotions?

It amazes me how low people will stoop for 15 mins of fame...

Didn't a recent DNA test prove that Freeman is not really Manson's grandson? This dude barely knew his step dad and, in old interviews, alluded that he shamed to be the grandson (I get this). Disgusting work on emotions. Total sellout. Nope. Not watching.

Two questions: first, I did think that DNA tests proved that Freeman was indeed Manson's grandson, but a quick Google tells me that my memory is faulty on that- Freeman has not submitted to one, apparently. Really wondering how the judge ruled in his favor without a test, but Freeman may have been the least obnoxious choice in the judge's eyes. Still seems sketchy to me, as the rights to Manson songs, writings, & other memorabilia could potentially have monetary worth in future.
2nd question: Did I read correctly that Freeman has already sold some of Manson's ashes, or was that just a bad tabloid headline?

Correct, last I read, he was not his grandson, and I thought dna proved it. but now, it is being reported that he is his grandson and I guess in the eyes of the law, now he is.

I wonder if his other son Michael was ever told who is dad is? But unless he or Mary comes out of hiding, it would be yet another mystery.

I think Micheal is Manson's son because he was conceived at a time when Mary Brunner was only having sex with Manson.

Just finished watching this, did anyone else catch it?

Terrapin - I watched it. Not as bad as I expected.
Jason imo does a little "posing" for the camera at times. I was surprised at who was at/allowed at the funeral. Jason's wife is likely the sanest of the bunch. When some were rubbing Charlie's ashes on their arms and faces, (Sandy/Blue and her husband did some of that) Jason's wife's facial expressions are priceless.

Yeah Jason's wife is definitely the voice of reason throughout. I thought it was weird that Sandy's face was blurred during the funeral but not during the spreading of the ashes.

According to this article, Valentine Michael Manson, now Michael Brunner, fought for rights to his father's estate. Freeman, got the rights to CM body and l guess his estate. Not sure why Freeman a grandson would have more rights than a biological son?

Also, I read that the judge declared Freeman as being CM grandson because of another court document from another state made the decision. Although nothing was said about what that case was in regarding or whether that decision was made to prove Freeman is CM grandson for his Probate estate. Nothing was mentioned about a dna test either.

Unknown, The reason why Micheal Brunner did not have any rights to CM is because he was adopted by Mary Brunner's parents severing all legal right to CM and to Mary, for that matter. Legally he is Mr and Mrs Brunner's son.

This is true for all adopted children.

Unknown, The court document from another state was a paternity suit filed by Jason Freeman's mother. CM Jr. was declared Jason's father because CM Jr. did not respond to the paternity suit so Jason's mother won the suit by default. Does that mean that Jason is biologically CM Jr.'s son? No, it just means that legally he is and that's what the courts go by, the legal documents. It's probably also why the courts have not made Jason take a DNA test.

Thanks for the clarification Deb. It was confusing.