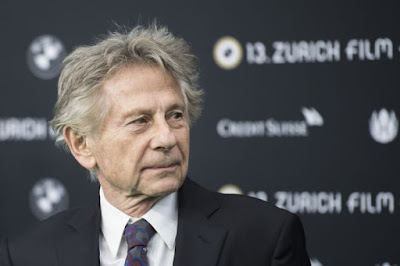 Labels: An Officer And A Spy, roman polanski

Doesn't matter in the least, does it?

I would love to hear Roman's reaction to what Tom O'Neill had to say about Polanski's friend Reeve Whitson having been to the crime scene before it was discovered.

I would love to hear Roman's reaction to what Tom O'Neill had to say...

With respect, doesn't it seem like a lot of extremely marginal players are trying hard to find relevance while TLB is a hot topic for a brief while? A second chance at 15 minutes of fame?

I mean, a few weeks back we had a barber who purports to have known Sebring opine that he never bought the Helter Skelter hypothesis.

What is his claim to any greater validity than that of any poster here?

So we have to accept that O'Neill knows correctly about this AND that Whitson's existence had any effect, at all, on the crimes under discussion.

To me, it sounds like the housekeeper or Altobelli, whom I view as marginal players, have more significance than Whitson.

How would Sebring opine on HS? He was dead

It's funny how similar Charlie and Roman were, both born in the early 30s, both with extremely troubled childhoods with very little family, both undersized little men with a taste for underage girls

Ffs he is the worst kind of man. His wife was murdered at the filthy hands of men and he abuses young girls..but he has the absolute nerve to blame women and girls for HIS actions. Then tries like some kind of psychopath to gain sympathy off a woman’s death? I just can’t.

The term you're searching for is "chutzpah"...

Read the account of his polygraph in Restless Souls. It speaks volumes.

She didn't ask for any "word", keep your "advice" to yourself

Just because the guy was a womanizer doesn't negate his sorrow and grief over his wife, unborn son and friends being murdered

Matt - can you (or anyone who has Restless Souls) summarize the polygraph you are referring to?

The polygraph Deemer gave him when he got back from London is online, if you Google it it should come up somewhere

prefeteria said...
Matt - can you (or anyone who has Restless Souls) summarize the polygraph you are referring to?

The transcript is here-

Mon Durphy said...
"It's funny how similar Charlie and Roman were..."


In more ways than one:

Juan Flynn testimony at TLB trial:
"Q. There was just you and Mr. Manson there?
"A. Yes. I wasn't watching him. I was watching the food, you know. Then he grabbed me by the hair, you know, and put a knife on my throat, and he said, 'You son-of-a-bitch, don't you know I am the one who is doing all these killings?

Papa John by John Phillips c. 1986
pg305
Suddenly I felt a powerful hand clutch my hair from behind and yank my head back with a violent jerk. I felt the razor-sharp edge of the cleaver pressed against my throat. ... Roman grunted, "Did you kill Sharon?"

I wonder if they put Sirhan into general population recently. He should have been in protective custody.

No I'm sure he was in SHU, how could he not be? I was watching a clip recently if a mexican gang member who talked to Charlie a few times in Corcoran and he said they call high profile inmates "trophies" and the people who take them out are respected

TMZ is saying that Sirhan was stabbed in the prison yard. I don't think that SHU prisoners mingle with other prisoners in the yard, so I'm guessing he was in the general population. I looked for and could not find an address to send a letter to him, the address would say where he was housed within the prison.

He has been taken to an outside hospital for treatment.

Last week there was a riot at that prison and six inmates were injured.

I have a hard time believing that a 75 year old inmate as famous as Sirhan would be in general population, it would be a death sentence

Didn't Sirhan have a famous murderer for a cell mate. Was it one of the Hillside Strangers?

Angelo Buono died in 02 and Ken Bianchi is locked up in Washington for murders he committed there, it's possible Buono could have been a cellmate but I thought he did most of his time at San Quentin

Mon,
Thank you for responding. I think I read somewhere that either Buono or Sirhan had a famous cell mate and I had it in my head they bunked together. Now, I can't find anything about it on the web and I could easily be mistaken.

I think I read somewhere that either Buono or Sirhan had a famous cellmate and I had it in my head they bunked together.

During his trial in December 1981, Angelo Buono was in a courthouse lockup with another infamous L.A. serial killer, "Freeway Killer" William Bonin, a homosexual whose 21 victims were mostly teenage boys. Buono and Bonin reportedly got along with each other, but a third man in the lockup with them, an Aryan Brotherhood leader named John Stinson, gave Bonin a severe beating. When questioned by investigators about the attack on Bonin (and obviously terrified of the AB, who despise and attack child or woman killers and homosexuals), Buono claimed he was sleeping during the beating.

It might have been Bonin I was thinking about I've kept an eye out for more information on the cell mates and never seen any.

Mon, here is a quote from an AP article.

"As a high-profile prisoner, Sirhan had once been kept in a protective housing unit at Corcoran State Prison in Northern California. After he told authorities several years ago that he would prefer being housed with the general prison population, he was moved to the Richard J. Donovan Correctional Facility."

Sounds like he was in the general prison population by choice.

Sirhanx2 is already out of hospital and, back in prison. I'd think it was not super serious...

Can anyone follow up on if Debra Tate was compromised by Roman Polanski hence her reason for being disinherited?