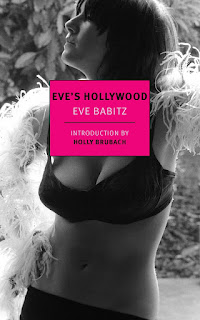 Better writing than I expected.

Well they are last in line but these guys ruined their own lives when they committed the murders. Bobby Beausoleil had the look, the ego and possibly the talent to be a rock star, what a waste.

Thought this was worthy here.
In the chapter called "Choke" she wrote this :

“I dressed next to her in gym (on my other side was this nice girl named Cathy whose only flaw was that she was kind of gullible and that kept me from being too shocked when I saw her in Life magazine crouched under a rock as one of the “Manson Family” and called Gypsy).”

Thanks for the EB link. I was unaware. My focus in school was the Victorians. I subconsciously wanted to ensure I'd never have a conversation with anyone about books maybe. I did spend time drunkenly ranting at english major coeds that Bukowski was a sanctioned copy of Fante. They acted interested. I dunno. And before that I probably read Less Than Zero 29 times in high school. I thought my LA lit game was passable. Clearly not.

Eve is better known by her photo with Marcel Duchamp, playng chess in the nude. (She is nude, not him!)
She's an excelent writer in my opinion, and has a unique style.
I love the way she tells the stories of Hollywood. She kind of mixes her stories (her life perceptions especially) with what was going on in that era.

A quote from that short article:

"My friend M., a tailor who made suede clothes for Sharon and Roman Polanski, had been up to their house on Cielo Drive with her husband, and she said, “Some weird kind of evil flirtation stuff was going on between them and us. My husband was necking with Sharon, so I never wanted to go back up there again.” "

"If i were looking for motive, I'd look for something much more far out, not the usual." Just what a playboy who didn't want to be a married father so he murdered his pregnant wife would say

I dunno, Dan. Sandy chased Paul Tate into a phone booth at the trial while trying to tell him that Sharon wasn't supposed to be there. Why would she and others from the "Family" stick to that line for so long if Roman was involved in the murders at Cielo?

No i don't really think he was involved. When i ask cui bono it points to him and when you read stuff like in that Esquire article you think there's a lot of his relationship with Sharon that's been white washed. His lie detector test is a pretty odd read too.
Hey i even consider that long essay about the murders being a false flag event and Sharon being still alive as living in disguise as her own sister (patty) to be plausible.
As for what Sandy good believes: lol, wutta maniac!
But no, i don't really believe Roman did it.
In the same breath though, if you believe satanic ritual abuse/ murder a la john decamp and the Finders, then fuuuuuck, any thing horrible is possible and i don't put anything past powerful people.
Mostly i have a sick sense of humor (my dad is a Jew and my mom a Nazi's daughter so my gestalt mind is all fucked up). Gotta get ready for work now butt I'll post the true motive later tonight

Well, let's examine exactly who has stuck with that line for so long.......
Furthermore, Sandra Good really cannot tell anyone a damn thing about the murders and who should have been where and who shouldn't, not because she was in jail at the time, but because she has admitted to two reliable {ish} sources that she didn't know about them. Not only is it in Squeaky's book {I count it as reliable from the point of view that her and Sandra were close}, but she told this to Robert Hendrickson back in about 1971. It's such an assumption that everyone in the Family knew everything that was going on. Do you or I know everything that goes on in our own families ?

Ha ha, not that it's anyone's business !

We await Daniel, with baited breath !!
By the way, have you told Leslie and Pat ?😉

GreenWhite said...
"Sandy chased Paul Tate into a phone booth at the trial while trying to tell him that Sharon wasn't supposed to be there."

Sounds like they had some idea who would be there that night.

Dan S.
I am looking forward to read about what you think is "the true motive" behind the murders at Cielo Dr.

I believe everyone who reads this blog knows where my 2 focus points are pertaining to
The Charles Manson Case & Saga.

I've had some correspondence that I have yet to corroborate regarding this case. It's very, I'll just use the word "interesting." Some of it corroborate's more of what
Alisa Statman says in her book, "Restless Souls."
I still don't understand why
Ms Statman has me blocked on Twitter. I've been very supportive of Ms Statman here on this blog.
Oh well.

On an OJ Simpson Case thread that I comment on, on Twitter, Debra Tate has tweeted about The Manson Case & The OJ Case. Ms Tate has been very respectful & courteous.

I've been watching some of
Stoner Van Houten's YouTube videos.
I believe he's
pro Squeaky/Sandra Good/George Stimson ect.
Stoner has his opinions and that's ok. He has said a few things that have REALLY caught my interest.

Anyway Dan S, again, I am looking forward to your opinions.
Thanks.

See above....Watson overcompensating, the jock at band camp. Then labianca was Charlie reasserting himself

Sandy in particular had no idea that there was even to be a "night."
Besides which, how would any of the Family have possibly known Sharon's proposed movements that night ? And if they did know that she wasn't meant to be there, the implication is that she wasn't meant to be targetted so why kill her ? Is Sandy saying it was a mistake ?
The entire notion is bullshit but as ever, it appears that there are those desperate to believe.

Misplaced frustration with being the jock at band camp

It's not even really a motive, much less one for murder. Particularly with Bobby under arrest for murder just a couple of days before.

That's what a jack ass "Crazy" Charlie Watson was. Technically you'd file it under copycat but the motivation for the main murderer was trying to impress his peer group (just like stealing all those type writers - he only needed 2 for the scavenger hunt and he stole 20- in his frat days)

THATS THEEE EXACT REASON THIS HAPPENED. TOO MUCH LUGGAGE. PLUS THE BABY WASNT HIS OR JAYS-A LOVE CHILD FROM ONE OF THE PEOPLE ROMAN FORCED HER (SHARON) TO MAKE LOVE TO. THATS WHY NOONE WANTED TO TOUCH THIS. ITS TOO OBVIOUS.

If they think that they can sell it, then they will.