Before diving into something more demanding from the anomalies list, I thought I'd share some of the places I liked when in LA. Others may recognize these, and share with us their own favorites.

Hopefully, it may give others a more detailed view of LA as it was, and to a degree, still is.

Many of these places I just drove by, was never inside of...

This burned down in the 80's, I think. It was on Beverley Blvd, between Fairfax and La Brea.

This is at the Hollywood end of Sunset, as I recall. Never  in it. 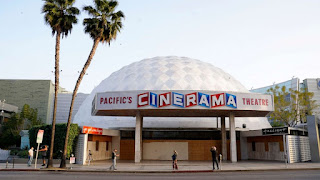 Near Fairfax and the CBS studios, as I recall. WRT Fairfax, the thing to understand is that it was the heart of LA's Jewish community, and the street, itself, had lots of delis.

So this is real close to that district. 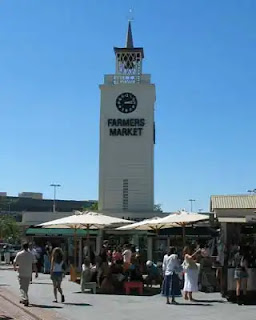 This is interesting. You can see it from 101, as I recall, and in the mid-70s they were remodeling it and I snuck in with the workmen (easy to do; no one gave a damn) and took a lot of photos of the old interiors, which are now lost, like the secret for making Greek fire.

This is in Hollywood, as I recall. 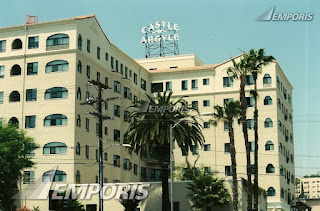 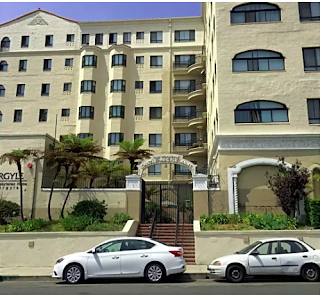 Also visible from the Hollywood Freeway (101).

For those few too young to get the visual symbolism, this was a stack of records as they would appear on a turntable. 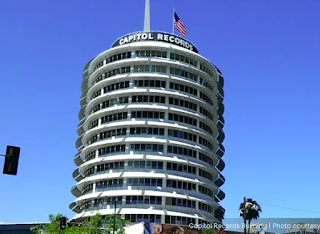 This is really imposing, visually, when you drive by it. On Sunset near Laurel Canyon. 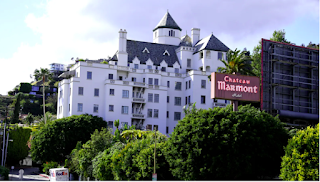 It was more fun to see it while riding bikes up from Playa del Rey. Imposing, for sure. 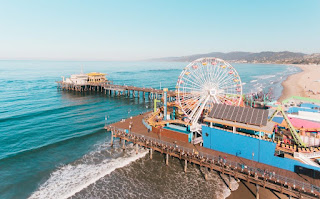 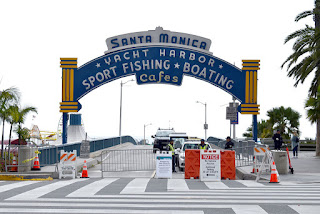 Never went there, but drove by it every weekday the year I went to Southwestern Law School, also on Wilshire. 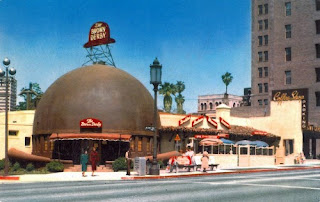 It is much better to go here than the Hollywood Bowl--which itself is a fun place to attend a concert. 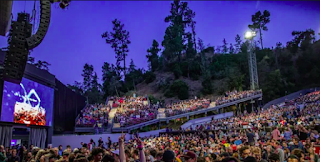 This was/is a Japanese restaurant. It was once a private residence, which is mind-boggling when you consider that it's located just off Franklin. It is just about as Hollywood as you can get.

This is the very best place for prime rib I've ever been to! Near the old Beverley 14 Cineplex, as I recall. 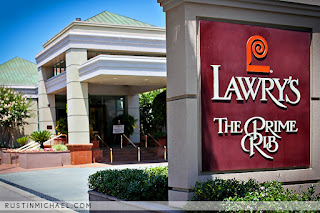 This is actually visible from 405, in Inglewood. The sign completely boggled my mind when I first saw it when I was about 9 or so.

Never been the same, since... 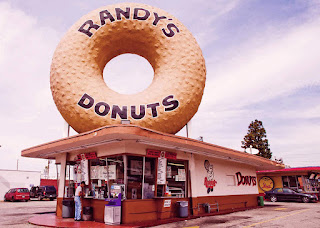 Very strange place. When I first saw it in the 70s it was very run-down. Later it was abandoned and reputedly druggies and their ilk lived in it. Someone inside started a fire in it and it burned down in the 80s, I think.

Very, very spooky place to drive by--it was HUGE, right in the middle of Hollywood, on Hollywood Blvd, I think. Visually imposing, even when it was a wreck.

Here's the story, with pix:

In conclusion, seeing these again, one of the main things to stress about LA, and what made it so much fun for me, was that it was whimsical as hell. Did not really give a damn what you might think of it; it seemed happy being LA.

Damn that lady lived to be 90?

I was in L.A. as a youngster. We stayed at the Century Plaza Hotel, which looks to be pretty close to Cielo Drive.

I was mainly focused on the pile of Disney tickets that we'd got our hands on.