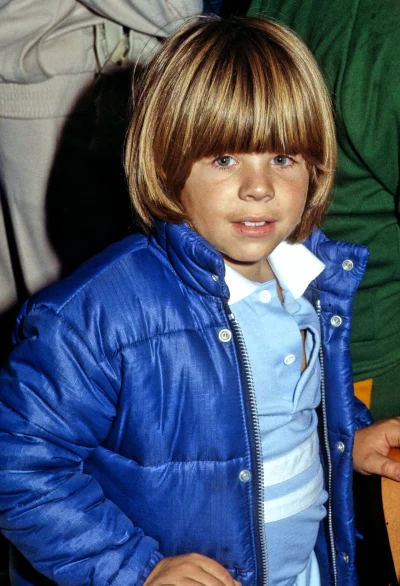 What is connected to Charles Manson?

Born at Spahn Ranch on October 12, 1968...not October 7th as often stated to be baby Zezozose's birthdate!

You can't fool me Farmer GGW 😉

Everyone knows Adam Rich was one of Charlie's sons. Born in NYC in October of '68, Rich was less than a year old and living at Spahn Ranch when he uttered the infamous words into his father's ears: "Now is the time for Helter Skelter." After the convictions, he met Dick Van Patten at the Esalen Institute in Big Sur. Van Patten was transfixed by Rich's maturity and his life journey despite Rich being just a toddler. Van Patten suggested Rich for the part of Nicholas Bradford on "Eight Is Enough," and tried to have is character be more of a seeker with a penchant for spiritualism and orgies. The writers thought otherwise and tried to make him a cute little kid and trimmed Rich's long shaggy hair into an iconic bowl cut. But offscreen Rich recruited Willie Aames, Lani O'Grady and Susan Richardson into the religious cult "The Process."

I would tell you more but I have been recently "creepy crawled" and fear for my life. Dana plato discussed this very same topic with a reporter in front of "beta-clear" actor Gary Coleman and two weeks later she met her untimely demise. Please pray for me.