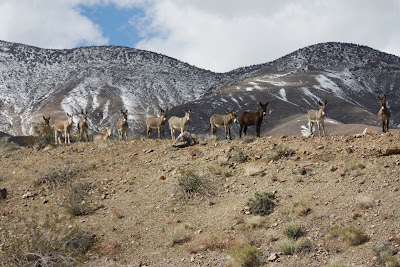 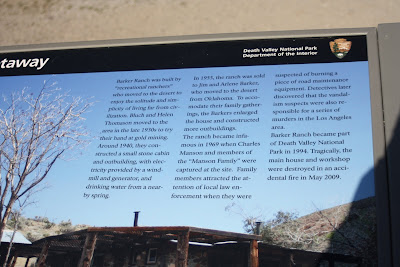 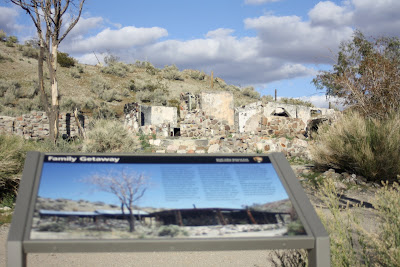 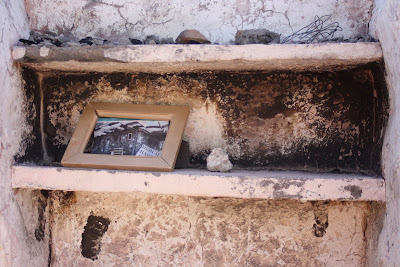 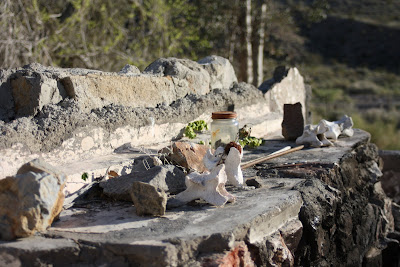 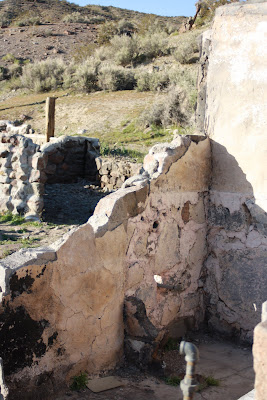 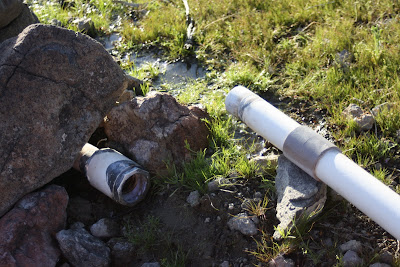 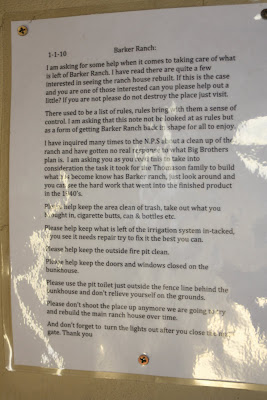 In the 5th pic it looks like somebody set up an altar...

Is that a note from Sandy?

Ken, that was my first thought but Sandy is college educated and that note has spelling & grammar errors.

I like how you have allowed the pictures to be expanded. Bigger and better pictures. You can see details that you miss out on with the smaller images.

Ken, it's why we try to keep Liz from uploading ... or anything else for that matter.

Did you two consecrate Barker Ranch, too?

My question to Patty is.....do you have pictures?

I thought so too especially with the reference to "the establishment".
Sandy, George or "Elf" i would say.
Cappy is no longer in CA so it was not her.

Ken619 said...
I like how you have allowed the pictures to be expanded. Bigger and better pictures. You can see details that you miss out on with the smaller images.

Matt said...
Ken, it's why we try to keep Liz from uploading ... or anything else for that matter.

Matt your mean to me, i am going to cry. Patty uploaded the pics BTW.

So Patty is in charge of pictures now? lol

Ken619 said...
So Patty is in charge of pictures now? lol

Nope. she is a "contributing photographer", "researcher" and my new BFF.

The Pattys did not consecrate Barker Ranch but did find the pit toilet this time. Left a little something behind for the Ranch to remember us by...I know, TMI...LOL.

Not sure why the wild burro photo will not expand. There were thirteen in all. Mr. Patty wants me to Photoshop exes onto all their foreheads and name them after members of the Family. Charlie must be the big dominant black one in front.

Nope. she is a "contributing photographer", "researcher" and my new BFF.

I was just making a possible suggestion since her pictures are so nice! Not that you do a bad job either Matt.

Ken, I don't do crap except keep Liz out of trouble!

Ken, I don't do crap except keep Liz out of trouble!

I was just messing with her:)

Fourth Of July weekend 1970 my parents took us camping to Death Valley.
One night we were startled awake.
Several donkeys had come to our camp.
They were eating the rind of a watermelon we had discarded earlier that day.

I see burros like these when I go boating/fishing at the Colorado River at Yuma. They'll eat apples from your hands. They're decendents from the burros that the miners brought with them. These would be also. This picture looks just like where I go when I go to the river. Pretty neat!

the letter can't be from sandy--it's too polite and there is no threats.

oops meant there are no threats.

Is it Sandy or my ennui that runs rampant? Be it Blue or some other hue (or perhaps e'en a latter day celestial 'Star'), allow us grasp at straws for the sake gabfest.


May be a case "Fac et aliquid operis, ut semper te diabolus inveniat occupatum"®, but, my mind's eye when I consider -


[ "I am asking that this note not be looked at as rules but as a form of getting Barker Ranch back in shape for all to enjoy." ]


- can one not deduce the influence of or picture Charlie same via his self-effacing/trying distance self tack (examples - "you know what to do" and "I never told anyone to do anything they didn't want to do".


(PS) Loved spelling "in-tacked" - not because of its errant nature, because embrace poetic license... mine, theirs, yours, et al.

® Always do (say) something, so that the devil always finds you occupied. - St. Jerome

I find the NPS's ambivalence toward the site fascinating.On the way in we stopped to get our annual pass and Mr. Patty said casually to the ranger, "So, how are the conditions over Mengel Pass?" Dude gives Mr. P the shank eye and says, "snowy." That's all he says. AND there wasn't even any snow, as you can see in the photos. I don't think they like people going up to Barker's but neither can they discourage us because the land belongs to all of us now.

Panamint Patty's personal opinion is that the letter is from Sandy or someone connected with Sandy. If you Google "in tacked" you will see that it is, for whatever reason, becoming fairly common verbage. The philosophy reflected in the note fits everything that I know about Ms. Good: perhaps the influence of St. George has mellowed her in her golden years. It was also sooooo clean: even around the edges of the laminate. I wonder if 1-1-10 is a typo and the author meant 1-1-11?

Panamint Patty said...So I have more pics, thinking about doing up one more post if anyone is interested.

Many words enter the language because people either cannot say them correctly, or spell them. Ketchup is one. Started out as Catsup. My favorite is Doormouse. It was Dormeus, from the french word meaning sleepy, but enough people mis-pronounced it that it became a word!

The news today said Muffin-top is now officially a word!