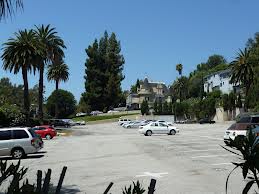 You are soooo good at this, Ken.

Ken,
Fantastic work! You've given us more of what can't be found on other sites. I'm a little confused about what goes on at the Magic Castle and Googling didn't help much. Is it a venue for magic acts, a private residence, a school for magicians, or two or more of the above?

I think to get in, you have to be invited. I don't think this place is connected to CM in any way. The fact that it is a reference point by Tex and it is still there is the only reason it matters.

Bryan was friends with Dennis Wilson and told him about the shooting and the story made it's way back to Melcher.

Bryan is now a big wig at some communications company and is not a fan of his connection to all of this.

Ken,
Thanks! I'd heard of it before but got confused by some apparently outdated information on another site.

There are some key points about the Crowe shooting that I find interesting. Or at least to be considered.

1) It shows that CM was able and willing to kill.

3) In Tex's book, he does refer to their "Mafia vending-machine connection". I know, grain of salt. At some point, we're going to have to figure there is truth to some of this. EVERYTHING can't be thrown out the window because we have to take it with a grain of salt, only because so-and-so said it.

4)Bryan Lukashevsky. He came with Crowe when they went to buy the drugs. He was with Crowe when Crowe was shot by CM. He was arrested with the family at the Spahn's Ranch raid. As Cielodrive states, he was friends with Wilson and was the one that told Wilson about the shooting. Tex doesn't mention him as being familiar in his book as one of the guys with Crowe. Does this mean he didn't know him? Why was he hanging out with the family after the Crowe shooting to be caught-up in the raid?

Ok, refresh my memory...which girl was Crowe holding hostage in this situation? As I recall she was Tex's girlfriend and not a family member...been awhile since I looked into all this. Thanx!

I've always wondered if Charlie went to any movie premieres when he was living there. That place is right behind the Chinese theatre.

Sorry, I should say Tex's girlfriend Rosina, forgot Luella was a pseudonym

I don't think she was his girlfriend at the time the Crowe incident happened. In his book, he says "The fact that I was badly burning a woman I'd once loved never really sank in...".

"I've always wondered if Charlie went to any movie premieres when he was living there. That place is right behind the Chinese theatre."

CM was smack in the middle of Hollywood before he was arrested in 59' and when he was out of jail in the 60's. He would of had to of frequented some of the famous Hollywood sites. From what I've read (somewhere), he was possibly pimping out of the Roosevelt Hotel. The Roosevelt is across the street from the Grauman's Chinese Theatre.

Ok, so it seems to me that this Bryan Lukashevsky guy may have some interesting insight into this whole thing. Again with the coincidences...he knows Wilson, Crowe, and apparently Charlie and Tex...

Yes, Tex and Rosina parted ways earlier that year. Seems as though Rosina wanted Tex to be a one woman guy. But Tex was too accustomed to being with multiple women and wasn't ready to settle down with her. He tried to convince her to come live with him at Spahn's but she apparently refused to set foot on the ranch.

I was told that her name wasn't really Rosina and that she is somehow related to some Hollywood bigwig. Okay, yeah, know that's vague; producer? director? financeer?

AG,
I saw that just the other day and have already forgotten the name of the bigwig. I think it was an actor.

amazes me how these people could be so wild and dodgy when young and yet end up as bigwigs!

could you do that now? I doubt it, cos you are recorded all your life. I mean, how did Gypsy manage to ride out all those ups and downs and end up looking so prosperous with good plastic surgery?

Struck me the other day, the one who got off scot-free, Linda, was the one who made the least of her life, of the female killers, I mean. The other girls: both Pat and Leslie were terribly remorseful and have lived productive helpful lives, Susan too to some extent, although I always discount anyone who "leaves their guilt with Jesus" that's a cop-out, if you ask me.

But Linda, she got her freedom, and what did she do with it?

Well, maybe big wig isn't an accurate description. I know Bryan is a CEO, thats doesn't really say much. I know people that call themselves CEOs because they're self employed. Not saying thats the case for Bryan, I don't know if his company is big, small or successful.

I actually live here in Charles Manson's old apartment complex. He was in 306. Everyone that has moved into that unit over the years have been very odd. That apartment is located in the back of the building, and there is a very gloomy feel back there for sure.

Hey JLPSAW, can you get us a picture inside of unit 306? I was going to knock and ask, but I wussed out.

I was in Rosina's apt many times it is where I met Tex and CM but Tex was not Rosina's boyfriend at that time read my book Dead Angel @ Amazon.com it was right across from Magic Castle which is private club for Magicians

So was Rosina a drug dealer?